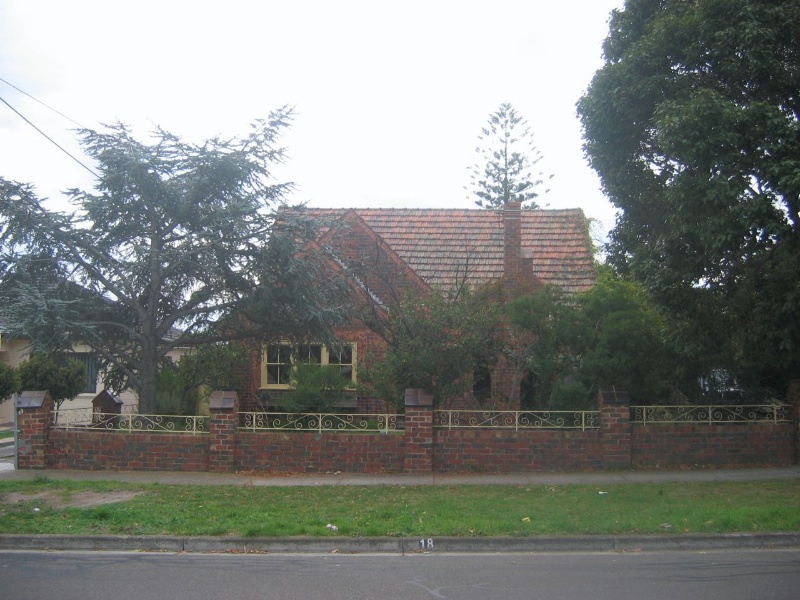 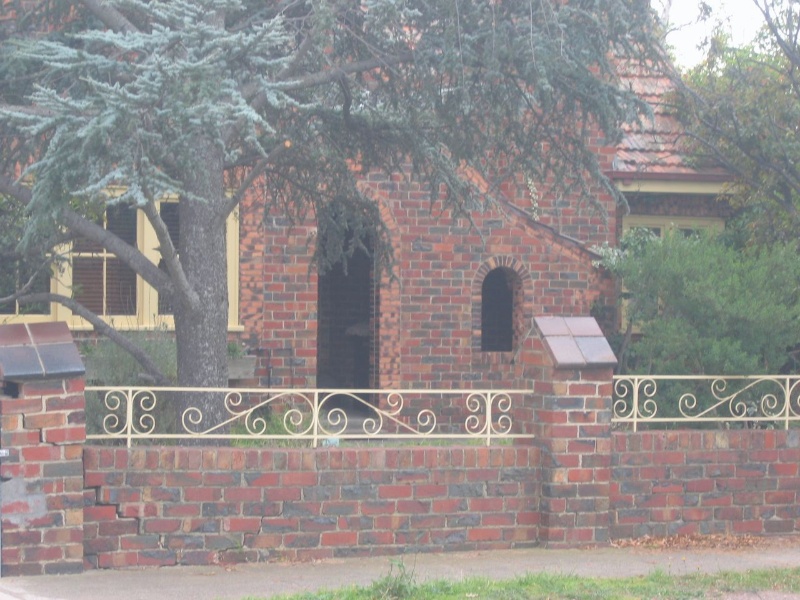 What is significant?
The house at 18 Barton Street, Reservoir, constructed by 1954 for Lionel and Alexandra James, is significant. This is a post-war house in the Old English style, constructed in clinker brick. It has a steeply pitched transverse gable roof with a projecting gable toward the street. There is a brick and wrought iron front fence and gates, which appears to be contemporary with the house. The now mature garden provides an appropriate setting.

Later additions and/or alterations are not significant.

How is it significant?
The house at 18 Barton Street, Reservoir is of local historic and aesthetic significance to Darebin City.

Why is it significant?
Historically, the house at 18 Barton Street, Reservoir is significant as a representative example of a house that is associated with the second phase of suburban development in Reservoir during the 1950s. It has aesthetic qualities as a well-detailed example of an post-war house in the 'Old English' style in a garden setting, which is complemented by a fence detailed to match the house. (AHC criteria A.4, D.2, E.1)