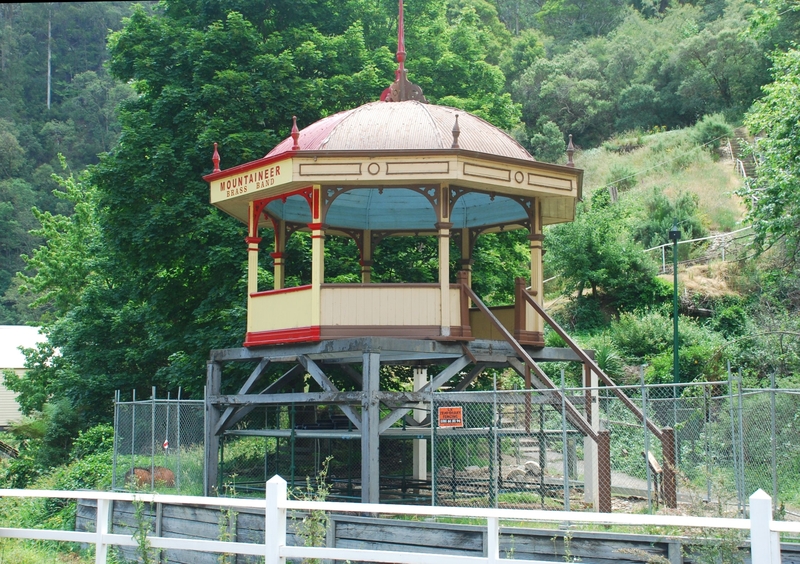 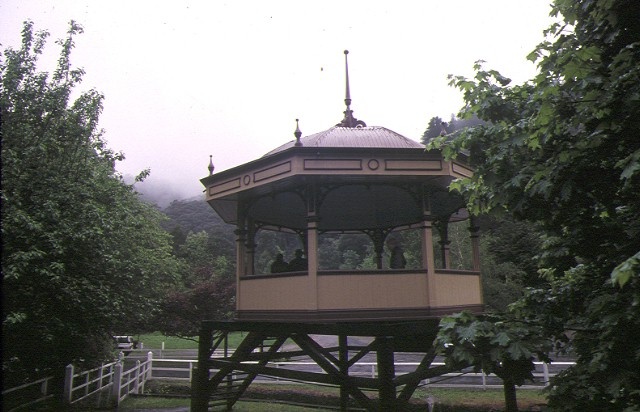 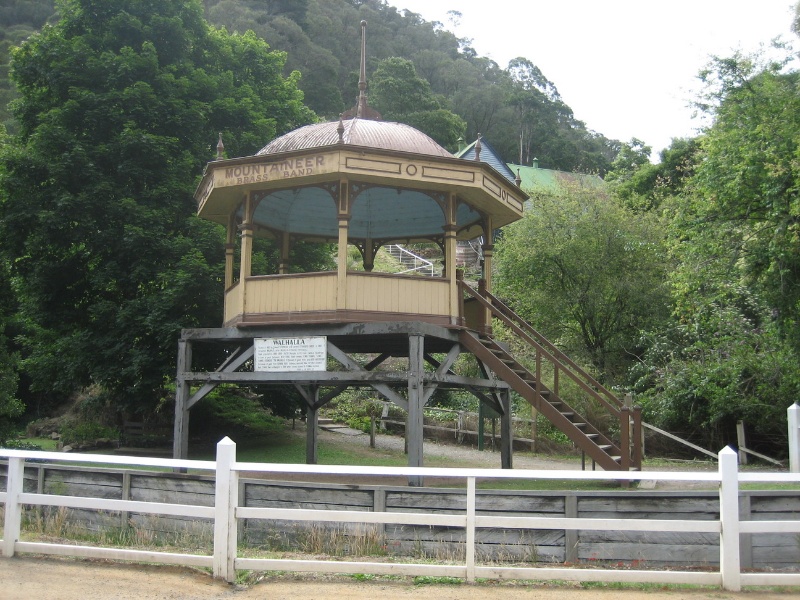 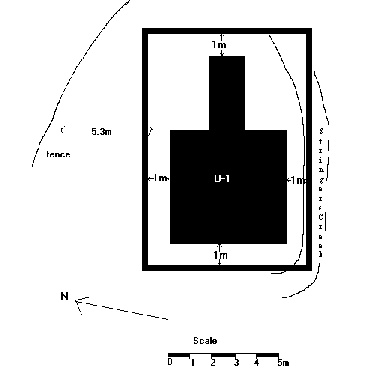 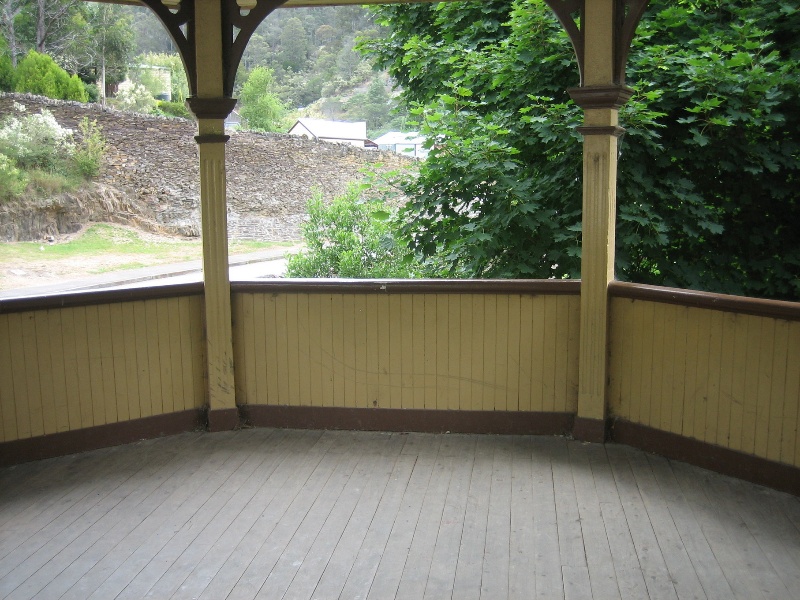 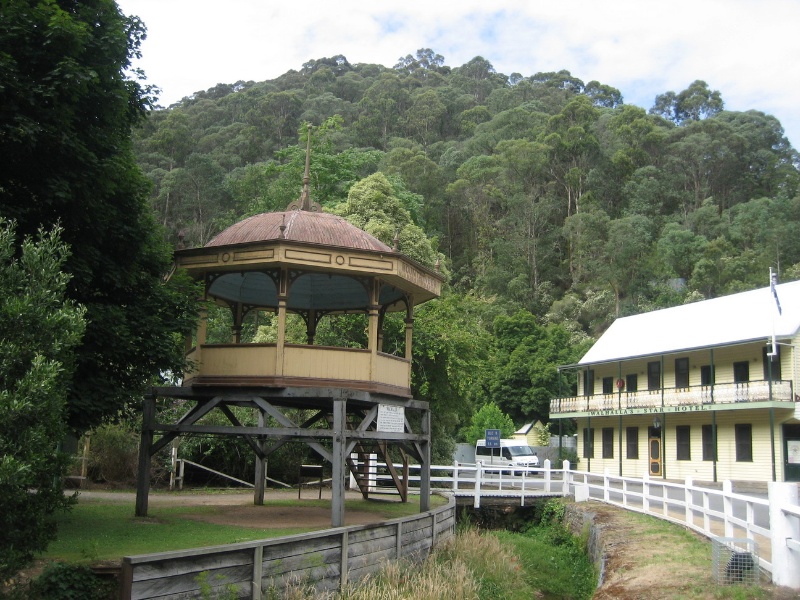 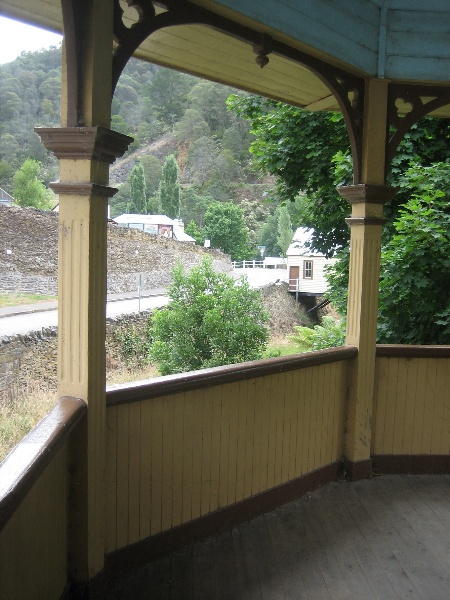 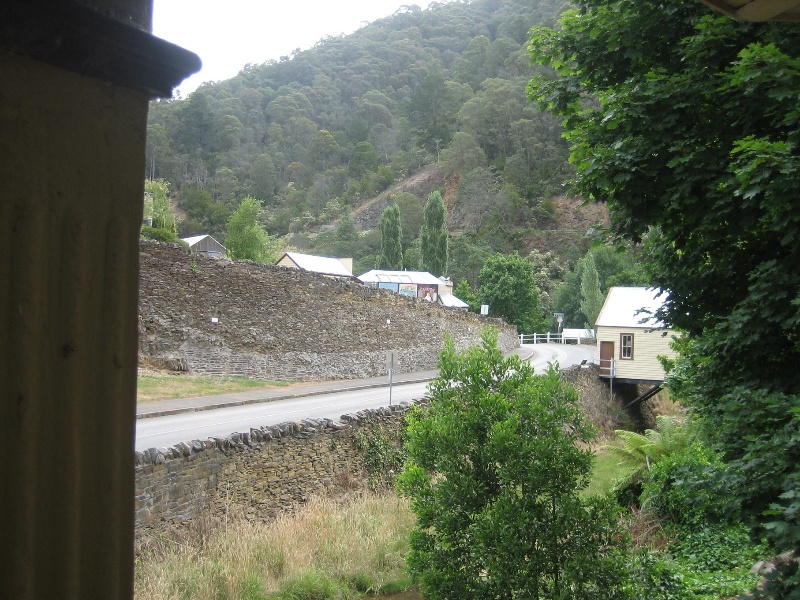 The Walhalla Bandstand is a domed, timber structure, built in 1896. Designed by Frederick Meyer, of the photographic firm Langhorne and Meyer, the building became a focus for recreational activities in the Walhalla district soon after its construction. The iron-roofed cupola sits aloft an elevated and balustraded octagonal platform and a highly ornamental finial, supported by scrolled brackets, sits atop the dome. The bandstand has a square base which has been largely rebuilt using steel and timber sections.

The Walhalla Bandstand is of architectural historical and social significance to the State of Victoria.

The Walhalla Bandstand is of architectural importance as an intact and outstanding example of a late Victorian rotunda. The timber rotunda is extraordinarily well-preserved, particularly in light of the dearth of other timber structures in the vicinity, and is amongst the oldest rotundas in the state. The all-timber construction of the bandstand distinguishes it from other 19th century rotundas and the richness of its decoration, drawing on Germanic influences, results in the structure being of great architectural significance. The rotunda is now a relatively rare example of what was once a common building type.

The Walhalla Bandstand is of historical and social significance for its association with community life in the Walhalla township and as a symbol of the prosperity and leisure once enjoyed by the townspeople. From the 1870s to the early 1910s, Walhalla was a wealthy gold mining town with a growing population, however by the 1920s the mines had ceased operating and Walhalla more closely resembled a ghost town. The Walhalla Bandstand was an important part of social and recreational life in the town's days of prosperity and it remains as a tangible reminder of the celebrated place of music in community life. The rotunda also has important associations with the Mountaineers Brass Band, a band which formed in 1885, and it describes the important role of voluntary bands within country townships. Of interest is the association with the artisan Frederick Meyer, a man who later became renowned as a designer of luxury yachts.