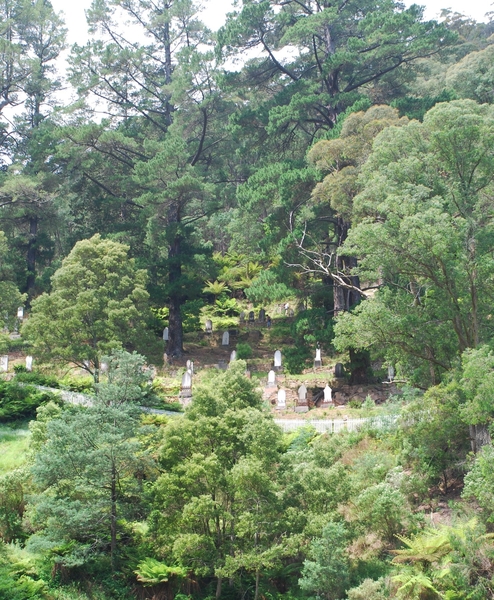 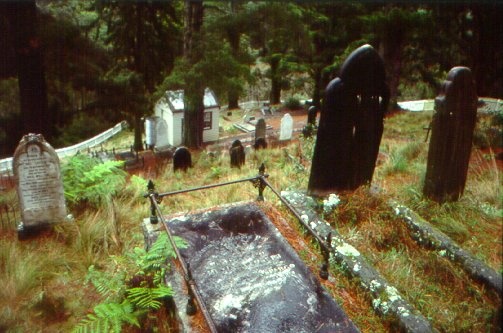 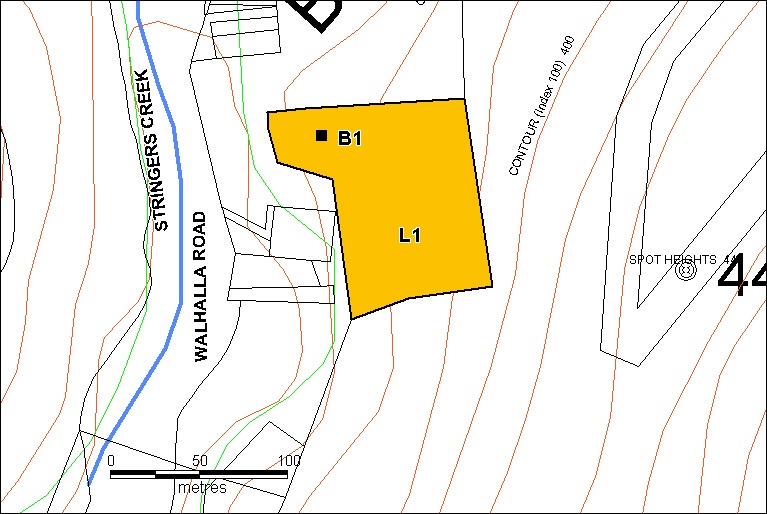 Gold was first discovered at Walhalla in 1863. Alluvial gold was worked first and from 1864 larger companies started bringing in stamper batteries to work the reefs. Walhalla's Cohens Reef became the richest gold-bearing reef in the world. The town's population peaked at 4,500 between 1885 and 1895.

There has been a cemetery at this site since at least 1866, although Walhalla Cemetery was not temporarily reserved until 1873 nor permanently reserved until 1894. It has been enlarged in size several times and now comprises 1ha prominently sited on a steep hillside on the eastern side of the Walhalla Road and Stringers Creek at the southern end of the Walhalla township. Access is gained via a meandering track up the hillside.

The cemetery is surrounded by bushland consisting of predominantly eucalypts and acacias while within the cemetery itself aged Pinus radiata dominate. Other conifers and smaller exotic trees are present in lesser numbers. In 1884, trees and shrubs from the Mt Macedon Colonial nursery were planted at the cemetery, and more again ten years later. A large Bhutan Cypress grows from the top of one gravesite.

The picket fence that encloses the cemetery to the west and north replaced an earlier fence in 1984. The stumps of original fence posts can still be seen along southern boundary.

Close to the main entrance is the Sexton's Office, built in 1886. The main cemetery paths run parallel to the slope, terraced by dry stone walls with access to graves by paths and stone steps running in various directions. A total of more than 1,100 people are known to have been buried in the cemetery, although less than 200 graves can now be located. Headstones vary between white marble, unpolished grey slate with cast-iron fences, timber memorials and timber picket plot-fences. Many graves are marked by modern timber pieces nailed together to form a T.

Many of Walhalla's leading residents are buried in the cemetery in clearly marked graves. Most notable are Lewis Loan, owner of the Star Brewery in Walhalla, and Henry Dendy of Brighton. Dendy, the purchaser of the Brighton Special Survey in 1841, became a shareholder of the Thomson River Copper Mining Co in the 1870s and died in the town in 1881.

Walhalla Cemetery is of historic, social and aesthetic (landscape) significance to the State of Victoria.

Walhalla Cemetery is historically and socially significant as tangible evidence of the former status of Walhalla, one of the most populous nineteenth century Gippsland towns, and one of the most prolific gold producing towns in Victoria. The cemetery represents, by virtue of the majority of its burials before the First World War, the gold mining population of the area. There was no life after gold in Walhalla. Cemeteries are sometimes the only tangible evidence of earlier communities.

Walhalla Cemetery is aesthetically significant for its steep topography, which demanded a unique layout of parallel paths, terracing and dry stone walls, in contrast to the more favoured formal layouts characteristic of contemporary cemeteries on flat land. The exotic plantings are characteristically sombre and melancholic. The magnificent large and mature coniferous trees dominate the cemetery and the dark foliage and formal shapes are in contrast to the bush setting. Pine and Cypress trees were favoured trees in cemeteries for their symbolic associations.