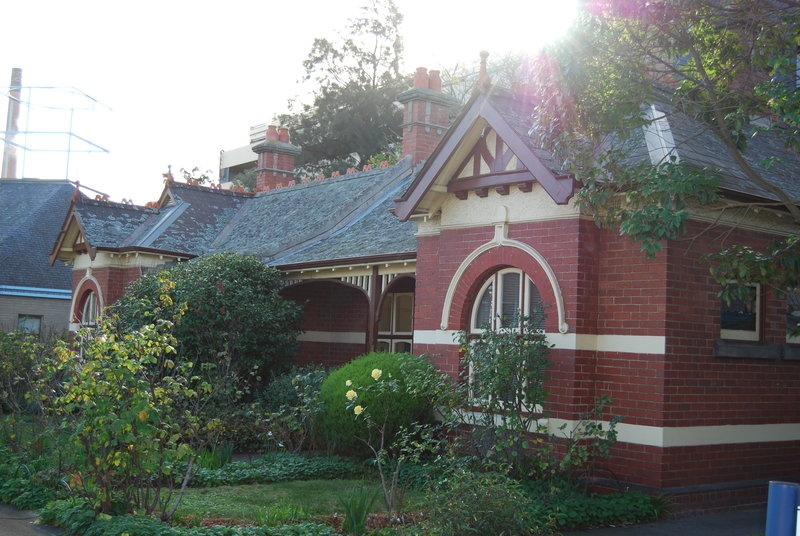 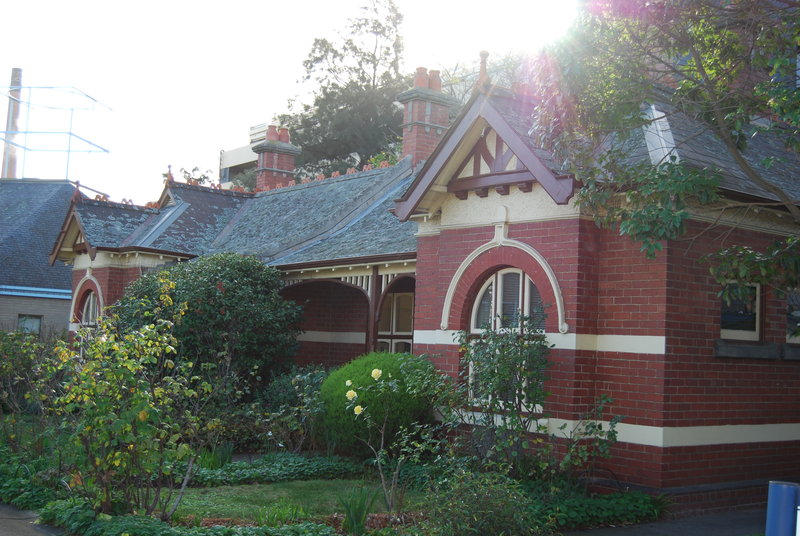 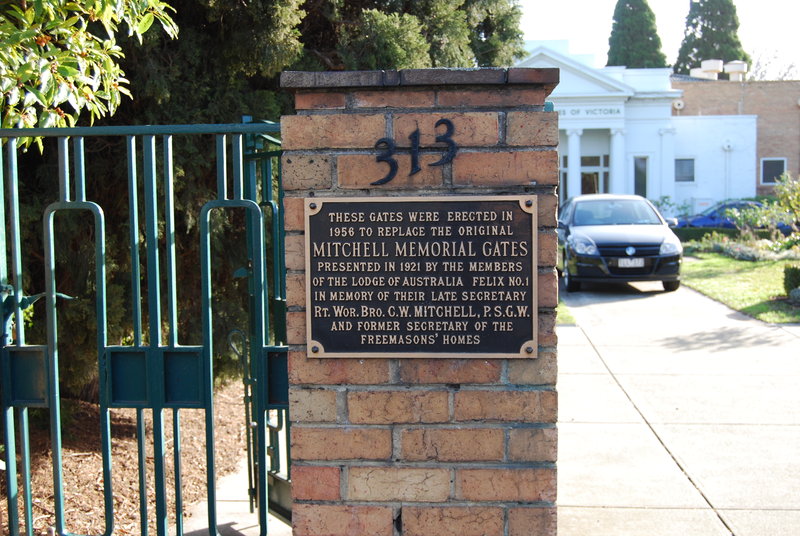 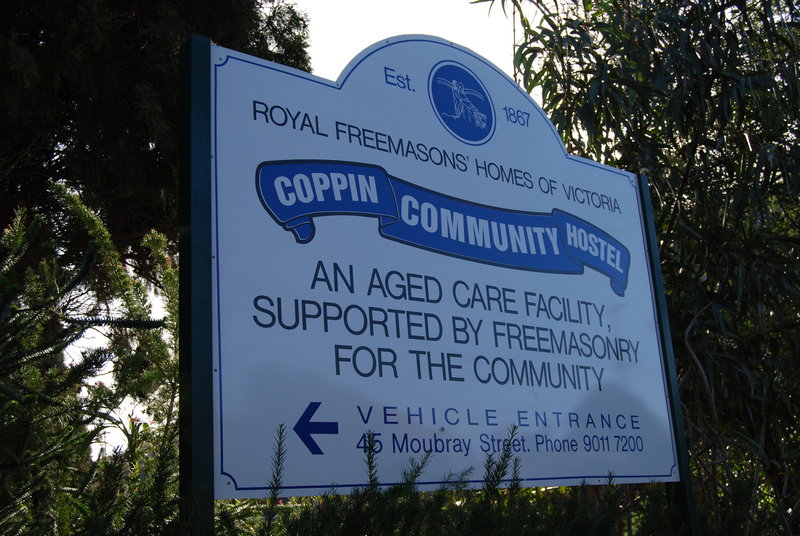 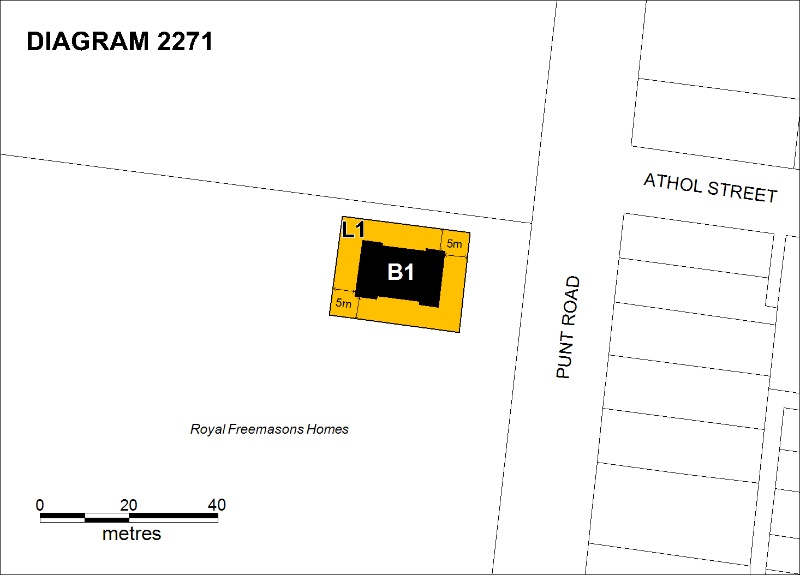 The pair of cottages in Punt Road, Melbourne, was constructed in 1910 as part of the Royal Freemasons Homes, an early charitable institution which provided care and accommodation for elderly Victorian Freemasons.

In c. 1864, a grant of land was made on Punt Road for the Masonic Charitable Institutions, adjacent to the Royal Victorian Institute for the Blind (H1002). Though the original intention was to open an orphanage on the site, it was later decided to establish almshouses for 'decayed' Freemasons. The foundation stone for the first trio of cottages at the Masonic Asylum for the aged Freemasons and Widows of Freemasons was laid on 17 June 1867 in front of a gathering of 200 Freemasons, who had marched to the site along Greville Street in full Masonic regalia. The asylum was the first in a group of voluntary charitable organisations established during this period, including the Old Colonists Homes, the Jewish Almshouses and the Immigrants' Home, which constructed accommodation to care for the colony's aged and infirm. This pattern of 'public' charities taking on such care was stronger in Victoria than elsewhere and the asylum was seen as upholding Masonic principles. The Argus noted that future masons would be proud that the almshouses were built before a grand lodge. Funds for the asylum were drawn from balls and concerts held by the different lodges.

The provision of cottage accommodation enabled residents to enjoy a sense of privacy and independence, though support services were limited. Residents paid no rent and were given a small allowance, with expectations of certain behaviour placed on them. Though only 11 cottages had been constructed before 1910, there were twenty-seven by 1936. The site comprised two rows of cottages at the north and south boundaries of the site, with a hall (erected by George Coppin in 1903, rebuilt 1953, demolished 2010) and the Convalescent Home (erected in 1928, since demolished) situated in the centre. From the middle of the twentieth century, the Freemasons Homes moved away from the use of cottages and began to construct larger buildings to provide for an increasing number of residents. The cottages of 1910 are now the only remaining cottages from the original 'almshouse' development of the institution. The Royal Freemasons Homes continues to provide care and accommodation for the elderly.

The 1910 cottages, known as the Baker and Voss cottages are of Queen Anne design by domestic architect Edwin J. Ruck. The semi-detached red brick cottages were larger than the nineteenth century designs, which have all since been demolished. Each comprised four rooms, including bedrooms and a front sitting room, with kitchen and toilet facilities. The front gables each feature a large six-paned arched window, plain stringcourses and rough cast with decorative timber work under the eave. There are timber bracketing and friezes on the verandah, and stained glass in the front door. Internally, though rooms have been altered, it is still possible to read the original layout.

The Cottages, Royal Freemasons Homes are of historical significance to the state of Victoria.

The Cottages, Royal Freemasons Homes are historically significant for their association with the public charities which took on responsibility for caring for their aged and infirm in the mid- nineteenth century in Victoria. Though these cottages date from the early twentieth century, they are important as examples of the ideals of almshouses and the provision of accommodation which allowed residents some independence and privacy.

The Cottages are historically significant for their association with the Freemasons and their charitable work. The movement promoted ethics, morality and service to the community and was influential in Victoria from the mid-nineteenth century until World War II.