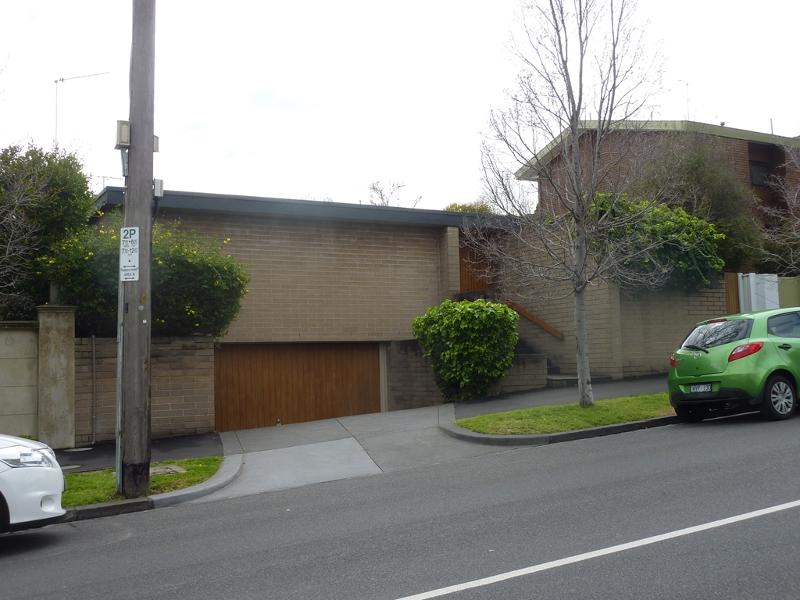 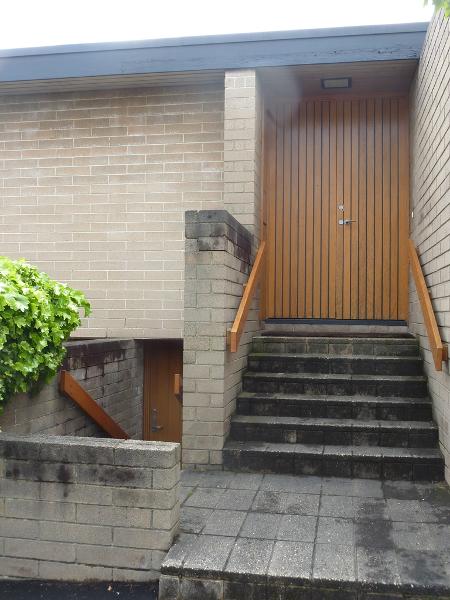 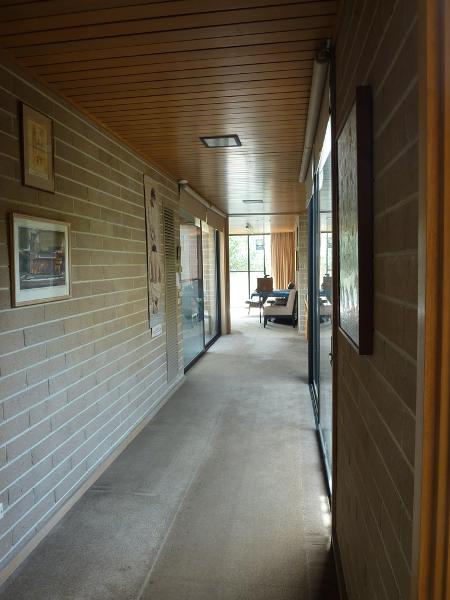 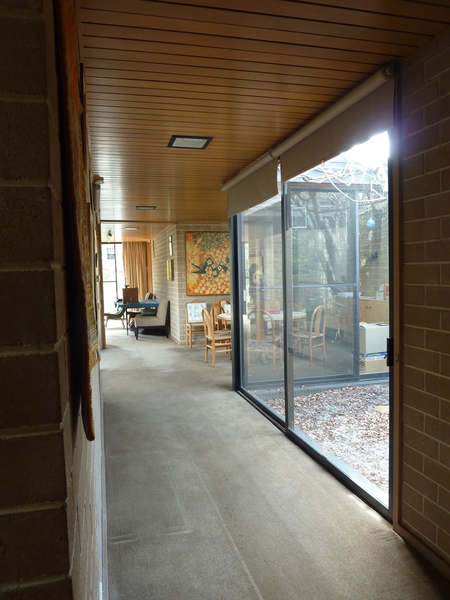 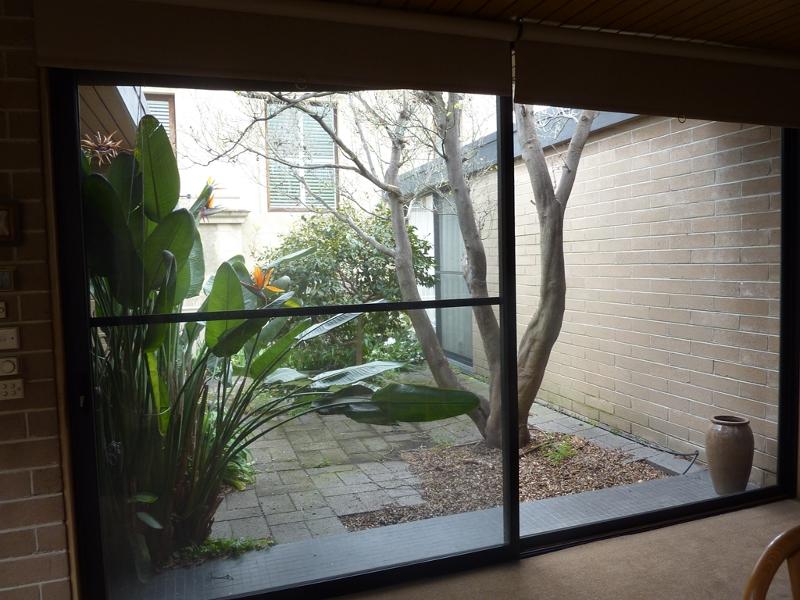 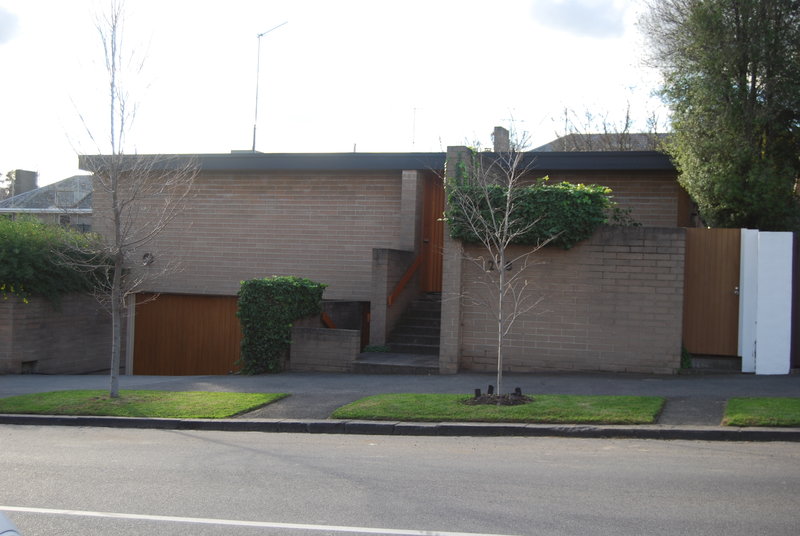 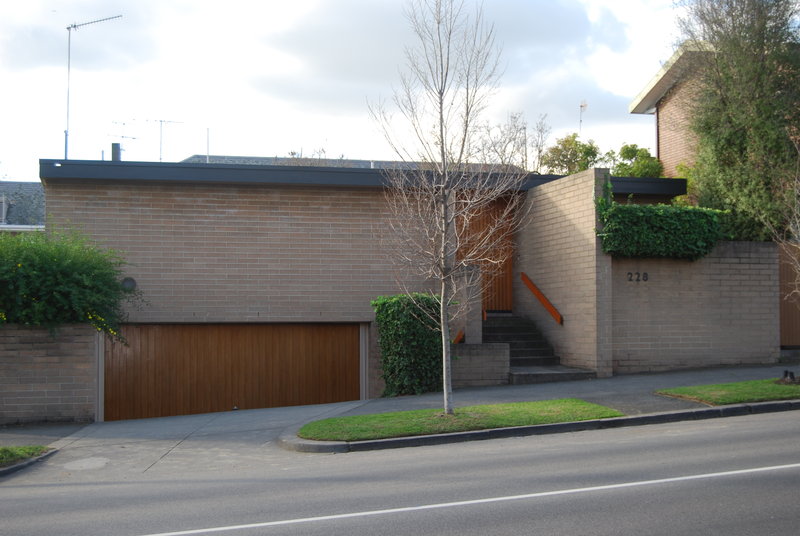 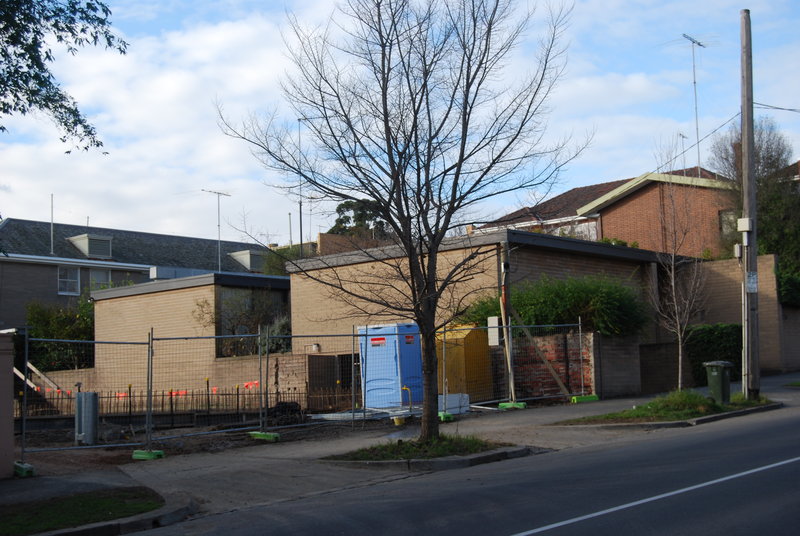 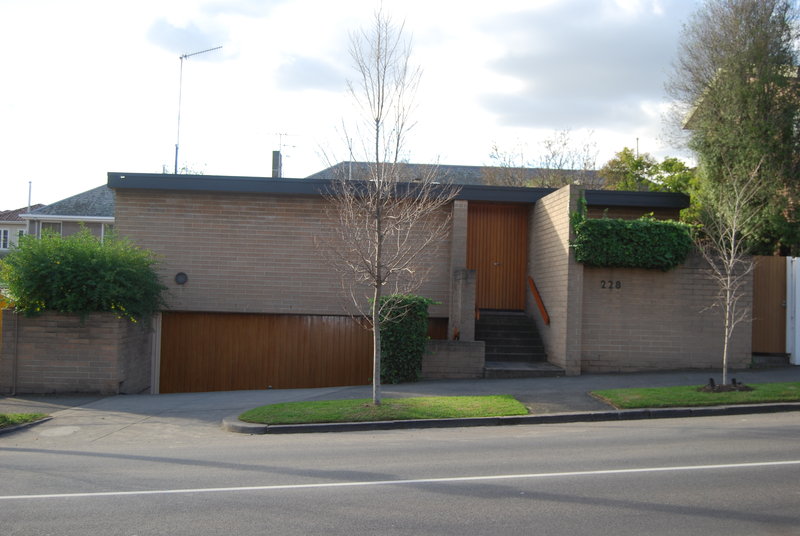 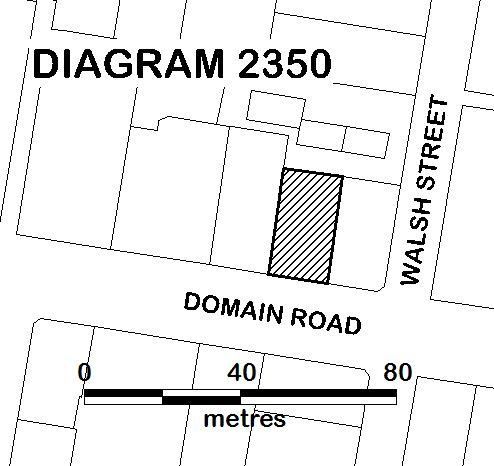 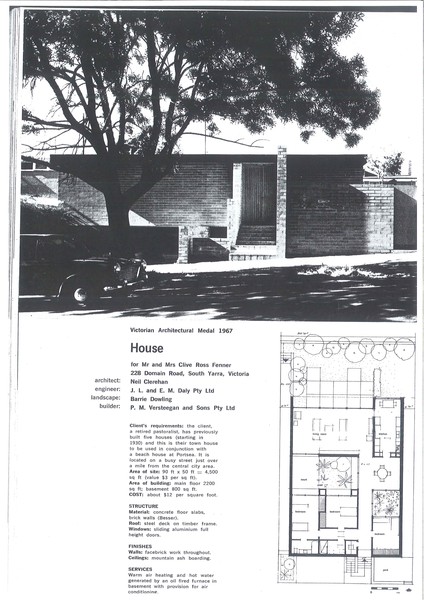 The place, consisting of a single storey concrete brick house with garage below and associated landscaping.

The Fenner House, South Yarra was designed by architect Neil Clerehan in 1964 as a townhouse for retired pastoralist Mr Clive Ross Fenner and his wife. Melbourne architect Neil Clerehan was selected to design a single storey, light-filled and spacious house with a small garden, on a confined site in a densely settled area. At this time Clerehan was well known through his regular articles written in newspapers and journals, his modern house designs built from the early 1950s and as the director of the Royal Victorian Institute of Architects (RVIA) Small Homes Services from 1954 to 1961. One of the most successful periods of Clerehan's professional career coincided with the design of the Fenner House, which has been described as a prototype for the successful townhouse type in Victoria. The Fenner House won the RVIA Victorian Architecture Medal in 1967 and featured in many professional journals and popular publications. Clerehan has continued to design large numbers of modern houses, both in partnership and as a sole practitioner, for over 60 years.

The Fenner House is a small three bedroom house, orientated to the northern rear of the block, with an asymmetrical, balanced arrangement of blank concrete brick walls facing the street front. Positioned close to the front of the block with no front garden, the ground floor is raised half a flight above street level to enable the placement of a double carport below. Walls are of exposed concrete brickwork throughout and ceilings and joinery are of exposed timber. Conventional planning is reversed with bathrooms and a walk-in cloak room with delivery hatch lining the windowless front facade, and an entry passage leading to the living room at the rear of the house. The simple plan includes two small internal courtyards and a small rear garden. This eliminates the need for side windows and enables all main rooms, including bedrooms, dining room, living room and kitchen, to receive north light via full height sliding aluminium doors. Roof domes light bathrooms and passages, while concealed fluorescent strip lighting is placed along door heads in some rooms. Original finishes, including carpet, laminate and external mosaic tiles; joinery, including doors and cupboards; and some original plantings have been retained.

The Fenner House is of architectural and historical significance to the State of Victoria. It satisfies the following criterion for inclusion in the Victorian Heritage Register:

The Fenner House is significant at the State level for the following reasons:

The Fenner House is architecturally significant as one of the most celebrated of the modernist houses built in Melbourne in the post-war period. Neil Clerehan, the architect, considers it to be his most important work of this period. It is an outstanding example of the innovative residential designs produced in Melbourne in the 1960s and is notable as an early and highly influential townhouse design on a confined suburban site. The Fenner House design brought together characteristics such as an emphasis on privacy, restrained detailing and the use of minimal building materials and finishes. The Fenner House won the RVIA Architectural Medal in 1967 and featured in many contemporary publications. [Criterion D]

The Fenner House is historically significant as an outstanding example of the design of architect Neil Clerehan, one of the most influential architects working in Melbourne during the post-war period. He has received a number of awards for his work and made significant contributions to the architectural profession in Victoria for a long period from the 1940s to the present day, through design (particularly the suburban house), publishing, writing and community work. In 2008 he was awarded an honorary Doctorate of Architecture from the University of Melbourne for significant contributions made to the community. [Criterion H]