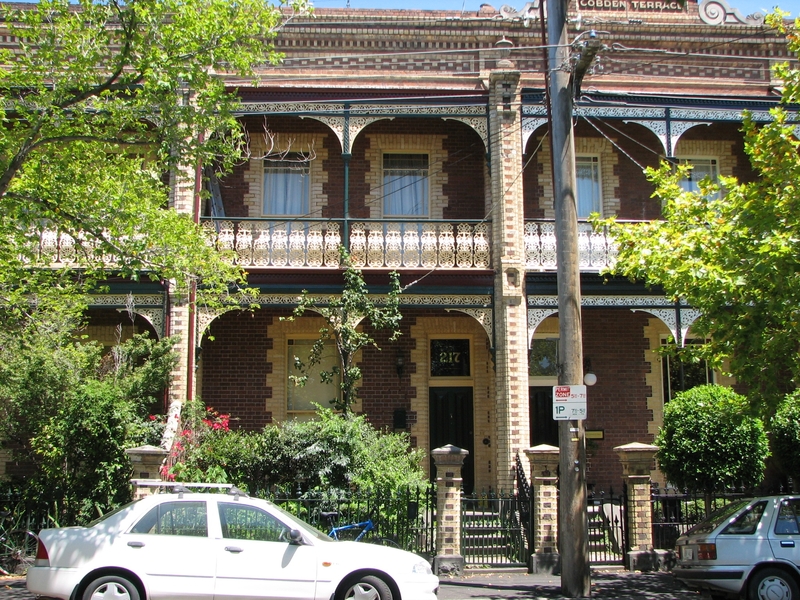 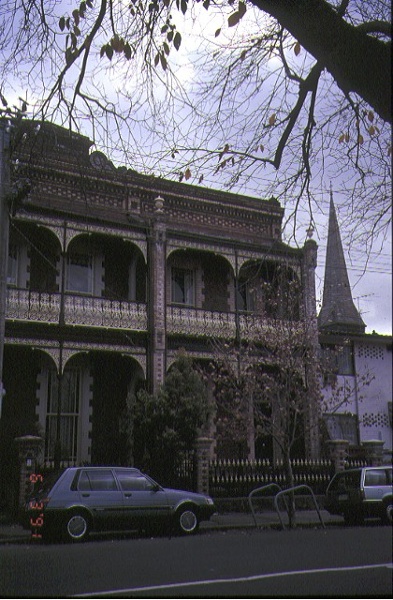 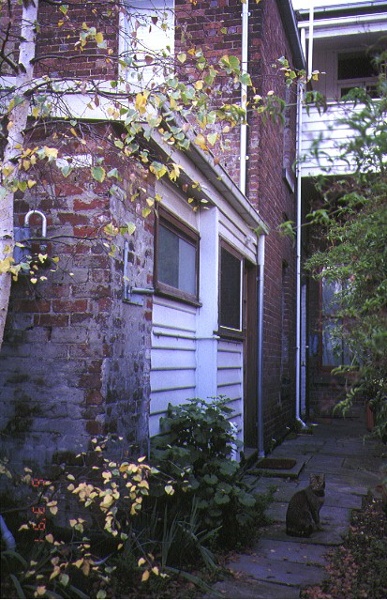 Cobden Terrace consists of seven houses erected in stages between 1869 and 1875. Numbers 215-219 were erected in 1869 for Thomas Kidney; the architect was James Austin. Number 213 dates from 1870; number 211,1873; number 209,1875. The two storey brick structure has a two storey cast iron verandah to the south facade. The classical style brick entablature and parapet is surmounted by brick pedimented nameplates flanked by scrolls.

Cobden Terrace is of architectural and historical value to the State of Victoria.

Cobden Terrace is of architectural significance as an outstanding example of terrace house design in Melbourne. It is notable for its early domestic use of decorative exposed brickwork, particularly on the entablature, parapet and name plates, and for its cast iron work.

Cobden Terrace is of historical significance as an outstanding feature of the Gore Street precinct which consists of a substantially intact Victorian terrace house streetscape.