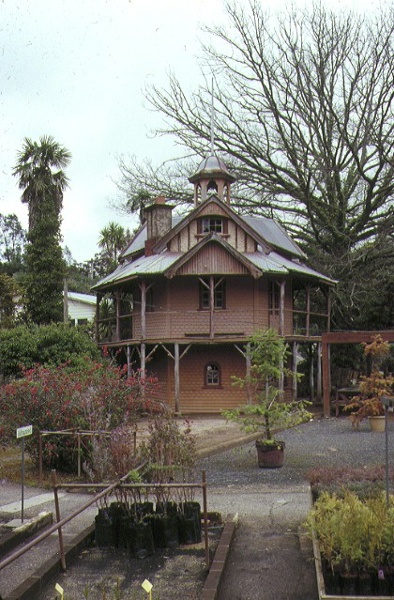 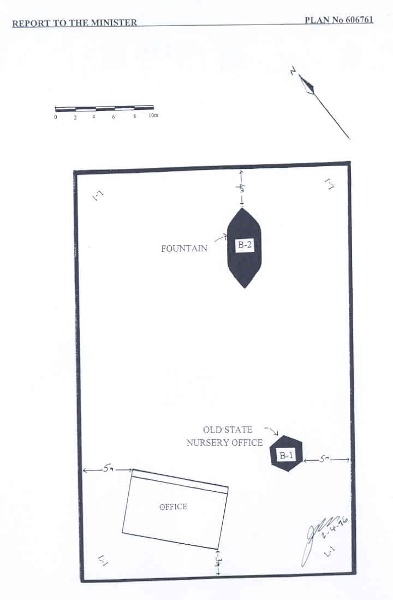 The Old State Nursery Office is a diminutive two storey timber building, hexagonal in plan with an encircling verandah at both levels. The building was designed by John Johnstone and constructed around 1911 by Adam Coulson, a carpenter employed by the Forests Commission.

The Old State Nursery Office is architecturally, aesthetically and historically important to the State of Victoria.

The Old State Nursery Office is architecturally significant as an extraordinary example of a purpose built State Nursery building. It utilises local, natural building materials and demonstrates influences from the Shingle and Stick designs popular in America at the time. The building is the oldest purpose built structure connected with forestry education in Victoria and it has a distinctive form which became an icon for the forestry profession. The building is aesthetically significant for the way in which it expresses a utilitarian function in a picturesque manner. The Old State Nursery Office is an important example of a building type, which is picturesque yet still manages to provide function and form. The fountain and landscape elements are of significance for their contextual relationship to the building and for their ability to express an aesthetic appreciation of forestry practices in Victoria.

The Old State Nursery Office is historically important for its associations with the development of the forestry industry in Victoria. The building is part of the Creswick Sawpit Gully site which was initially developed as part of a strategy to establish State Forests and Timber Reserves in Victoria. After the School of Forestry was established in 1910, (housed in a former hospital), Creswick became known as the 'Home of Forestry'; the Nursery produced stock for forest plantations and operated as the technical arm of the school. The Old State Nursery Office represents the emergence of a commitment to forestry education and practice in Victoria and is of significance for its pivotal role in the practical aspects of nursery management.

Desginer of the Nursery??

I am not sure where the information about Coulson being the designer comes from. Other information shows that Coulson may have been the builder but that John Johnstone, the Superintendent of State Plantations was the designer. he also designed a house in Bacchus Marsh in the 1890's and designed the layout of the Nursery at Creswick in the early 1900's.