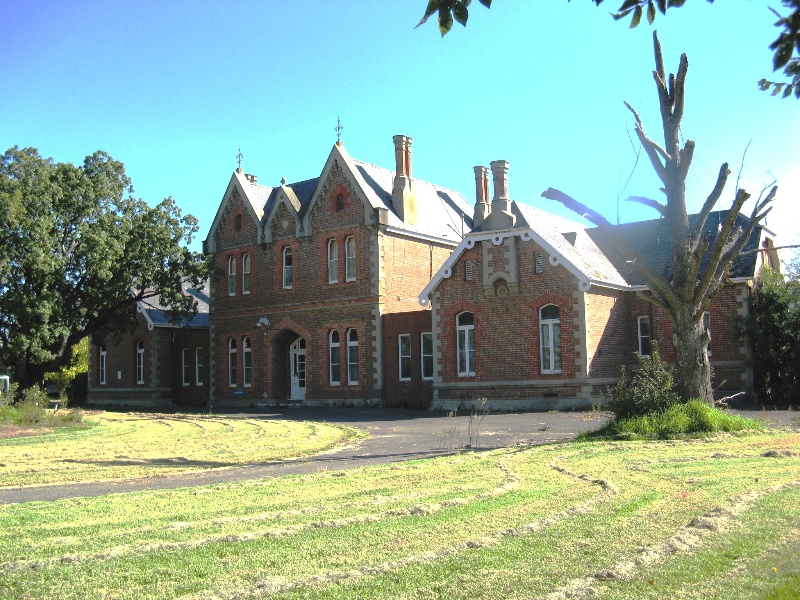 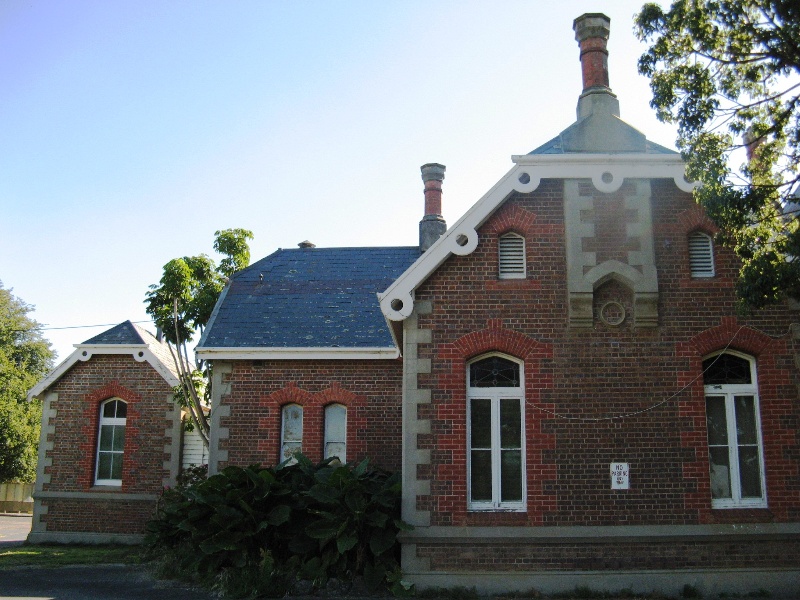 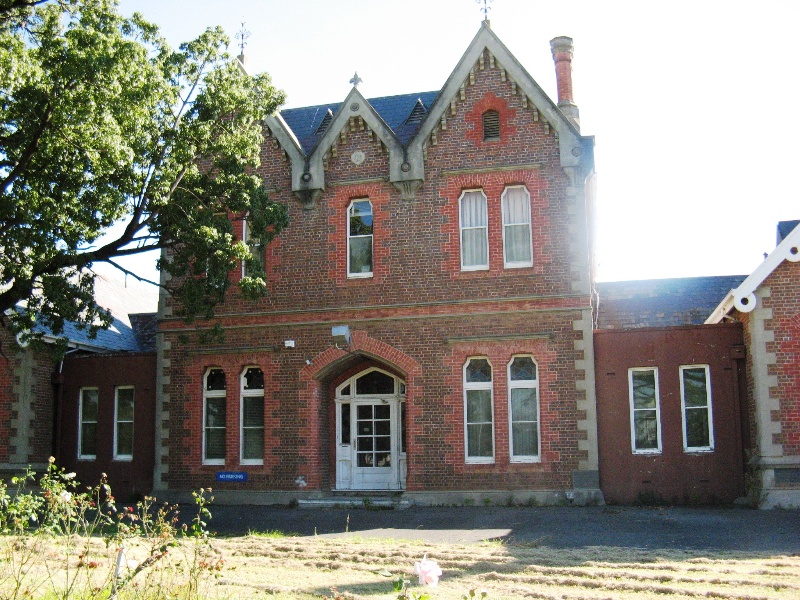 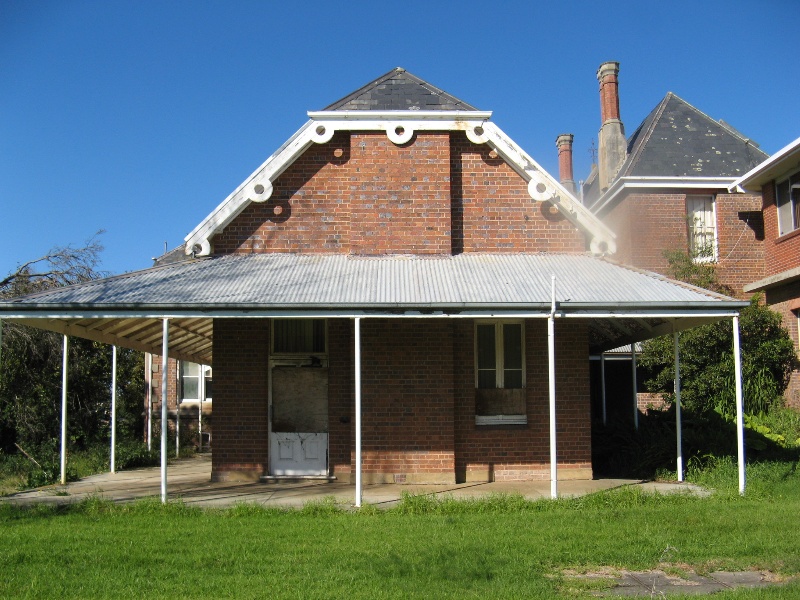 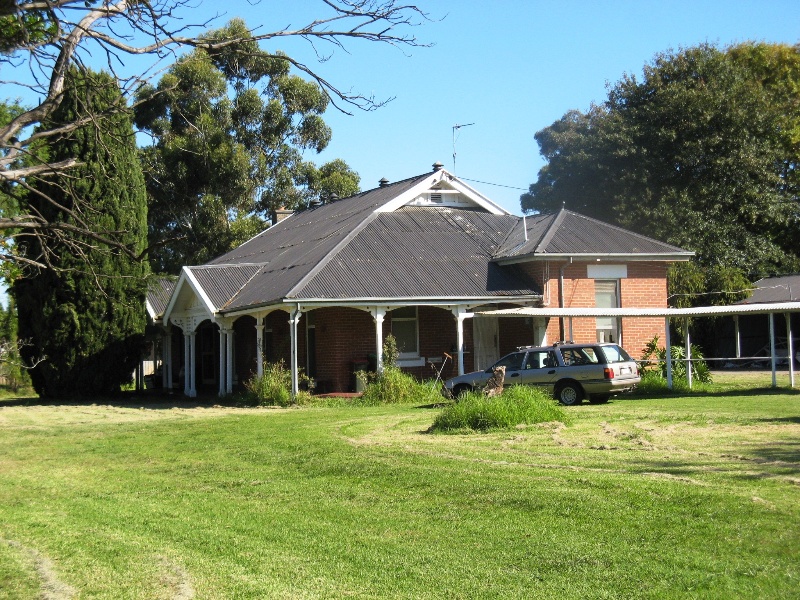 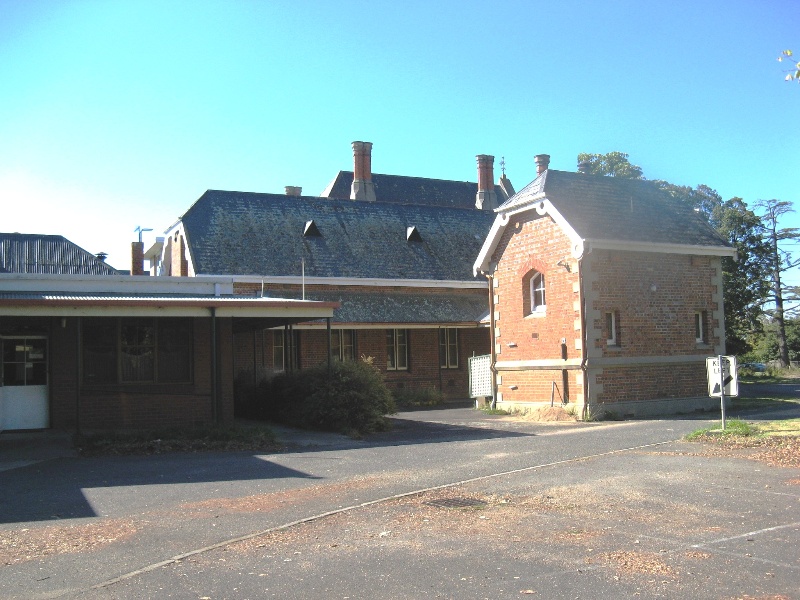 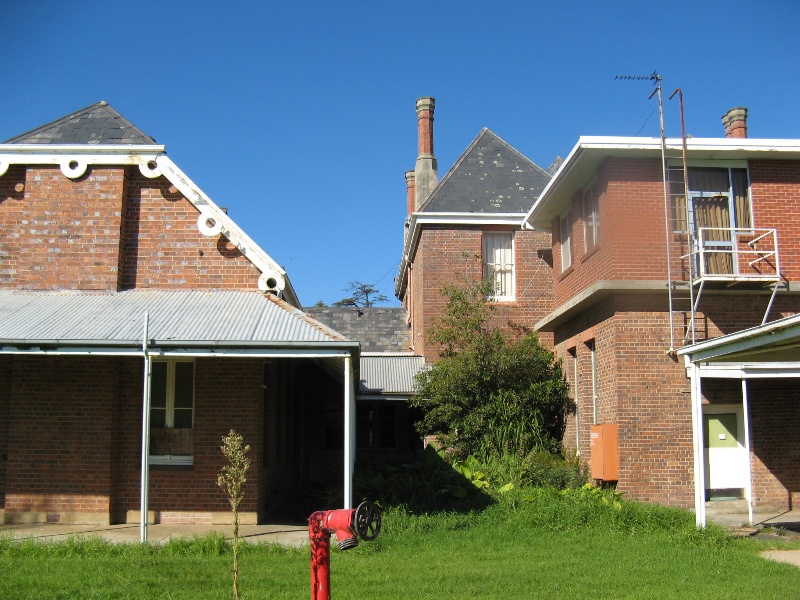 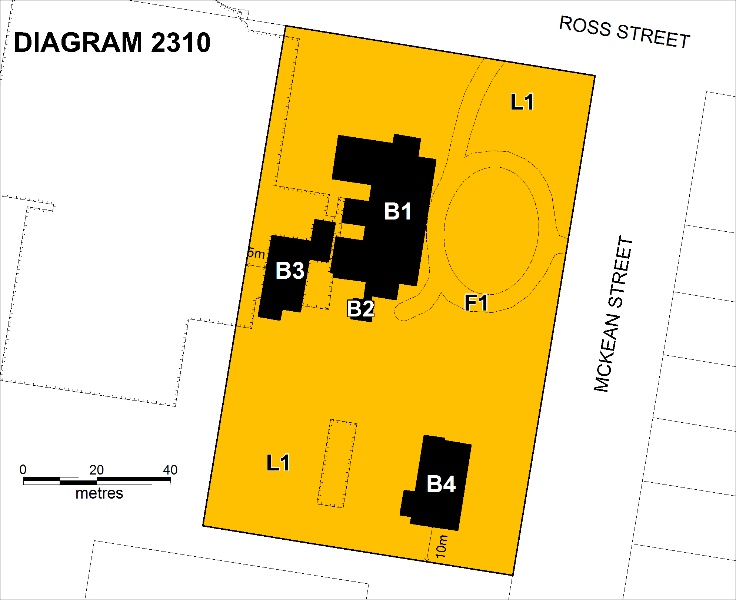 The former Bairnsdale Hospital was designed by Harry B Gibbs in 1885, and Gibbs' four ornamental one- and two-storey pavilions were built in stages between 1886 and 1902, with further additions in different styles in 1911, 1913 and 1925.

The four hectare Hospital Reserve in Bairnsdale was set aside in 1885, and in the same year a competition was held for a hospital design, which was won by the Melbourne architect Harry B Gibbs, who designed several of Bairnsdale's other major buildings. His design was for a hospital with a two-storey central block with single-storey pavilions on each side and a detached Contagious Diseases Ward to the south. The main central block was built by W J Yates and opened in June 1887. In 1889 the Contagious Diseases Ward and the north pavilion were added, and in 1902 the matching southern pavilion, all built by McKnockiter Brothers. In 1911 a nurses' home was built to the south by the McKnockiter Brothers, an Infectious Diseases Ward was added in 1913 and in 1925 a Children's Ward. In 1940 a new hospital was built on another site and the old hospital became a Benevolent Home. In 1975 it became the Gippsland Geriatric Centre, and later the Gippsland Centre for rehabilitation and Extended Care. In 1998 the property was sold for use as a school.

The buildings of the former Bairnsdale Hospital designed by Harry Gibbs were brick and stucco pavilions in a style influenced by the Gothic Revival and Tudor modes, and had slate roofs with gabled vents, iron finials and decorative chimneys. The front of the two-storey central block is decorated with three gables with cement corbel tables, and this is linked to the single-storey wings on either side by verandahs, whose original form has been obscured by rooms added at the front. The flanking pavilions have jerkin-headed roofs with ornamental timber gable fascias pierced with circular motifs. These side pavilions contained large open wards at the rear, shaded by verandahs, with smaller administration rooms at the front. An addition has been made at the rear of the central block, and new verandahs added to the rear of the north wing. To the south is the small red brick Contagious Diseases Ward, in a similar style to the main building. At the rear are the Infectious Diseases and Children's Wards, both unadorned single storey brick structures with corrugated iron roofs. The Nurses' Home to the south is a single-storey Federation style brick bungalow. The hospital is set within landscaped grounds with a curved carriage drive at the front of the main building.

The former Bairnsdale Hospital is of architectural and historical significance to the state of Victoria.

The former Bairnsdale Hospital buildings designed by Harry Gibbs, the two-storey central block, the single-storey pavilions on each side and the Contagious Diseases Ward to the south, are architecturally significant as an outstanding and largely intact example of nineteenth century hospital design. This is one of the few surviving relatively intact nineteenth century hospital complexes in Victoria, and is an outstanding example of pavilion planning, a major advance in hospital design which became widely adopted from the mid-nineteenth century in order to decrease the spread of infection. The former Bairnsdale Hospital is notable as a particularly fine collection of hospital buildings built during the late nineteenth and early twentieth centuries to suit the changing needs of a regional hospital, and which demonstrate changes in hospital design during this period.

The former Bairnsdale Hospital is historically significant as the oldest surviving hospital in Gippsland. The form of the various buildings constructed over several decades from the 1880s to the 1920s reflects the development of medical knowledge and concerns during this time.