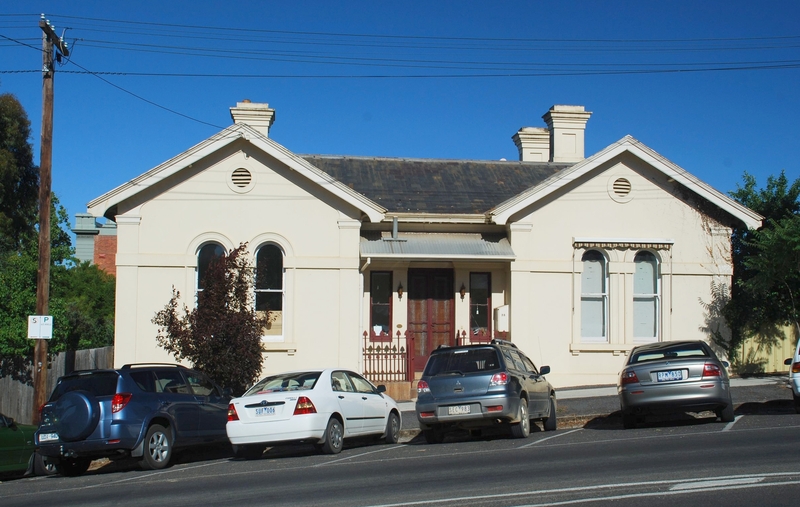 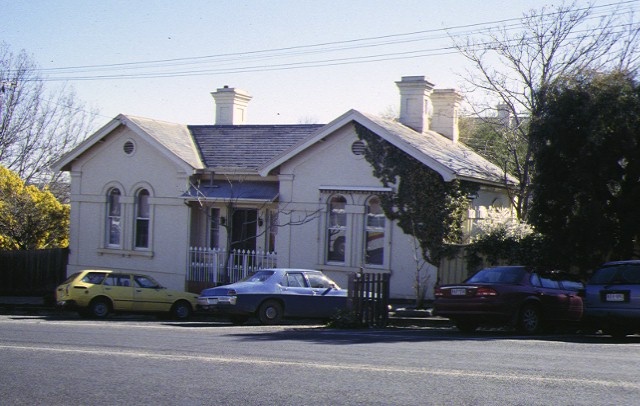 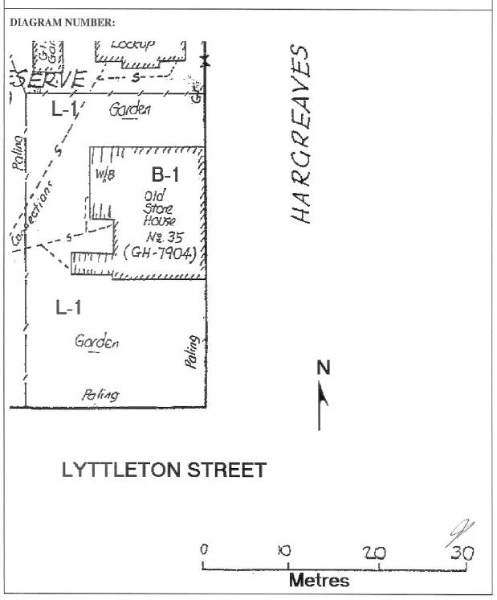 Twenty-two gold wardens offices were built to service the administration of the 1855 and 1858 Gold Acts. The earlier offices were small, often prefabricated timber buildings of one or two rooms. Later offices, in gold-fields where money more long term mining activities were taking place, were more substantial masonry buildings of several rooms. The Castlemaine office was one of the last, and the largest, to be built, in 1864.

The Castlemaine Warden's office consisted of four rooms in a stuccoed brick building with two gable roofs linked by a smaller cross gable. The design by Public Works architect Charles Maplestone (who also designed other Wardens offices including that at Daylesford), used very simple classical elements with moulding at imposte level, linking semi circular arches in paired windows in the front facade, and stilted segmental arches on the side windows. There was an office for the Gold Warden, Warden's Clerk and Warden's Court room, and Mining Registrar's office. Opening off the latter room, in the centre of the building was a strong-room with brick barrel vault for secure storage of gold prior to transport to Melbourne. The building was used subsequently as a residence for the watch-house keeper, and as a police residence, and is now a private residence. The former office stands among a precinct of civic buildings dating from the 1850s, 60s and 70s, including the court house, former School of Mines, stone lockup (moved to a position adjacent to the office from a site nearby) and the former Savings Bank/Police Station.

The Castlemaine former Gold Warden's Office is of historical and architectural importance to the State of Victoria.

The Castlemaine former Gold Warden's Office is of historical importance as an intact example of the public office buildings which associated with the considerable task of administration of the Gold Fields Act in the 1850s and 60s. This historical association is strengthened by the location of the building within a precinct of other civic buildings associated with same era.

The Castlemaine former Gold Warden's Office is of architectural importance as the largest and most developed example of the twenty two warden offices constructed in the gold fields, and one of the last constructed. In its planning it accommodated in separate spaces under one roof the functions of Court activities, Gold Wardens enforcement of court decisions, Mining Registrars administration of leases, and secure storage of gold.