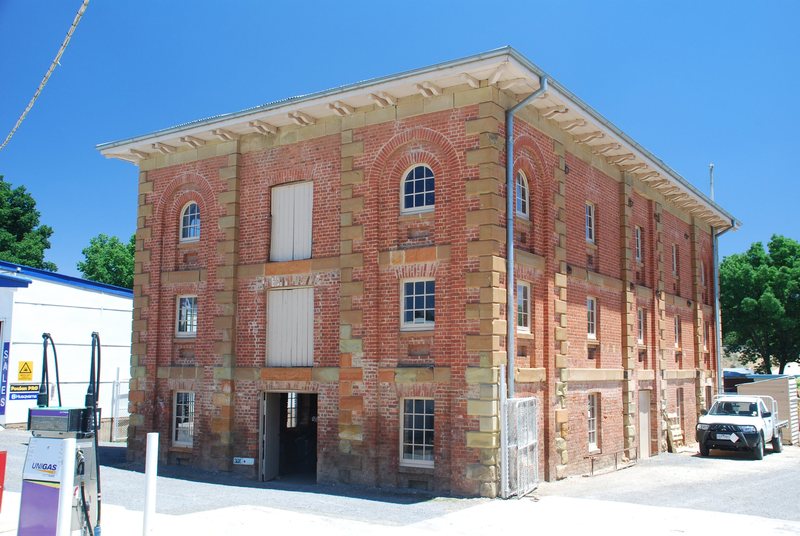 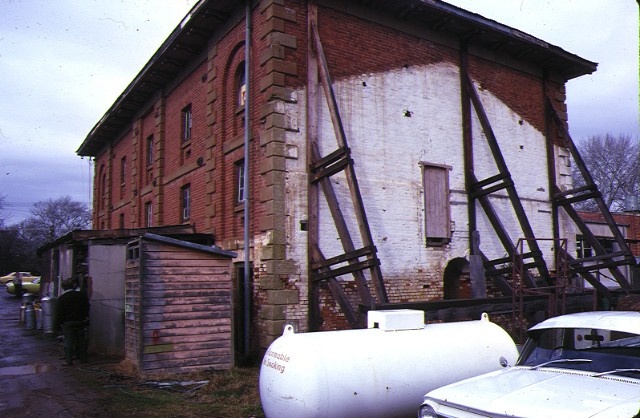 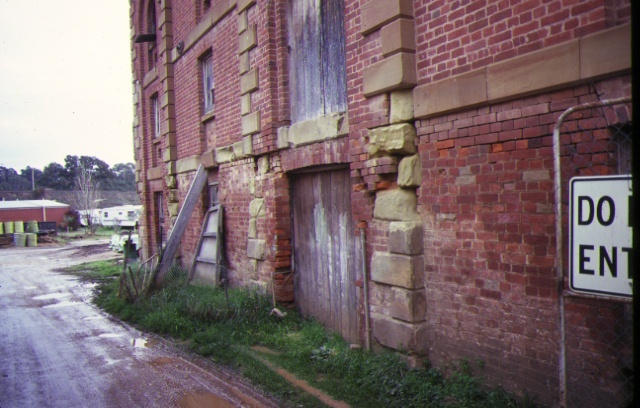 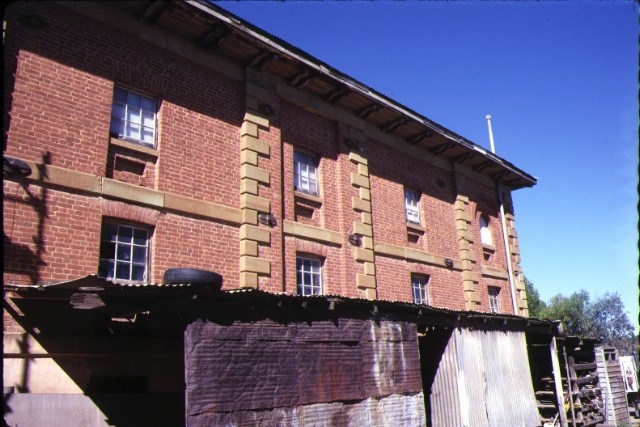 The Castlemaine Steam Flour Mill building, a three storey Georgian-style brick and stone structure, was erected in 1856-57 for a local investment company. Thomas Shephard was the architect. The Melbourne Sandhurst railway line contractors Cornish and Bruce acquired the mill in 1859 as a railway foundry. The gable form building with symmetrical plan and elevations is dominated by blind arcades of brick in the Sydney Colonial Georgian tradition.

The Castlemaine steam flour mill was erected as part of an ambitious campaign to monopolise the extensive milling trade in the Castlemaine district. The venture failed spectacularly and later was utilised, with considerable extensions, as the railway foundry of Cornish and Bruce, contractors for the Mount Alexander Railway.

The mill is perhaps the finest mill building in Victoria and a rare documented work of Thomas Shephard. The mill building later was used as a Cobb & Co. Depot and coach-building works. The railway foundry building at the rear of the three storey mill was demolished in 1979. The mill structure, although depressed, affected by rising damp and lack of maintenance, stands largely intact. Some internal timbers and all the machinery have been removed.