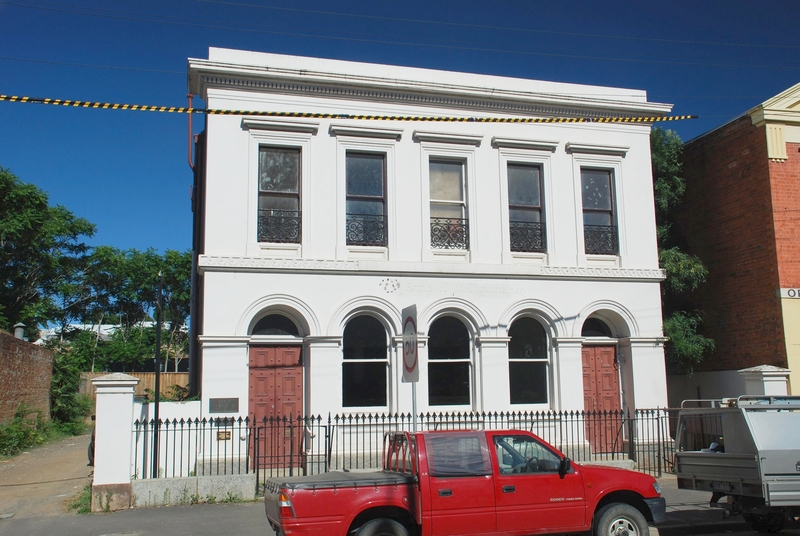 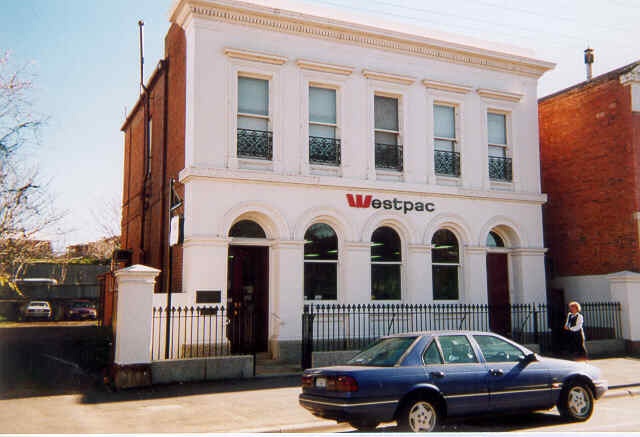 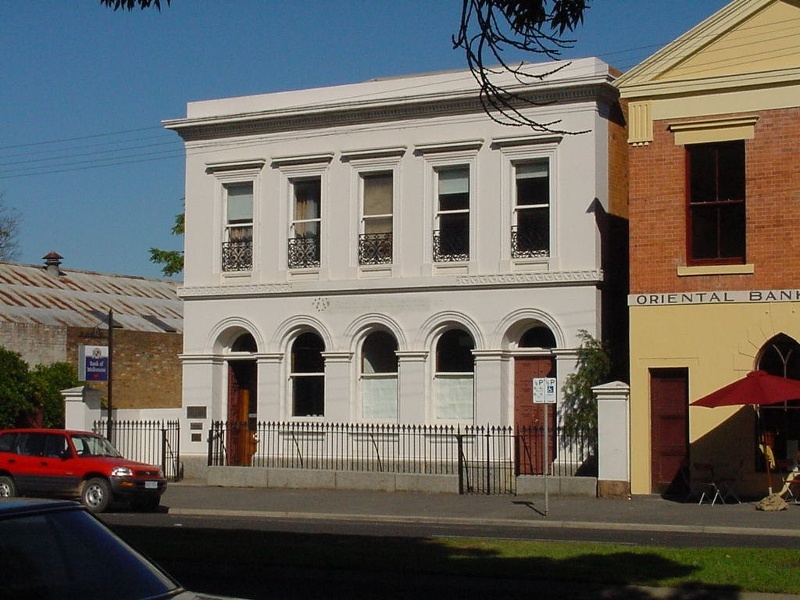 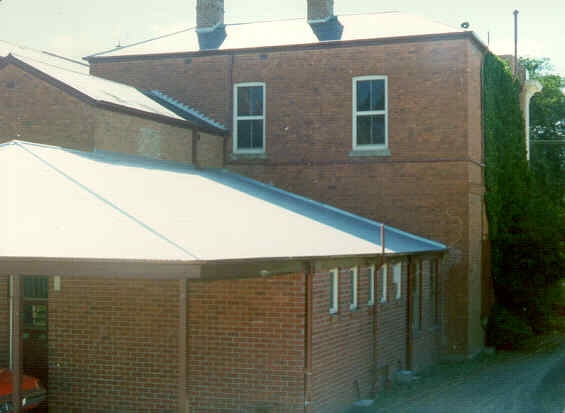 The first land sales occurred in Castlemaine in 1853 and the following year the Bank of New South Wales acquired part of the present site and constructed a single storey bank building. In 1860 the adjacent allotment was acquired by the bank, and by 1866 the inadequate bank building and adjoining store were replaced by a substantial two storey building, in keeping with those already built on adjacent land for the Oriental Bank and the Bank of Victoria (former CBC Bank, VHR H0712).

From the late 1850s until his death in 1884, Leonard Terry was commissioned by a number of different banks to execute their designs. At the Bank of New South Wales, Castlemaine, the symmetrical front facade of the two storey rendered brick building consists of five bays with entrances in the end bays. Living quarters for the manager were located at the rear of the bank and the dual function of the building is reflected in the provision of separate entrances.

Arches of the ground floor openings spring from a prominent string course, and rectangular openings above have simple moulded architraves, prominent lintels and cast iron grilles. The classical Vitruvian, or wave, scroll frieze is used to define the two floor levels and a simple dentilled cornice embellishes the otherwise plain parapet, which conceals the hipped slate roof behind. A paved forecourt at the front of the building has a palisade fence with granite plinth and two pairs of gates at either end.

The Bank of New South Wales was absorbed by Westpac in 1982, and the bank retained ownership of the site until 1989. Few original details or finishes remain in the interior of the bank. Substantial changes were made to the building in 1973, including part demolition of the rear section, extensions to the rear, and alterations to the interior. Further alterations were made to the first floor interior in 2003.

How is it significant?
The former Bank of New South Wales, Castlemaine is of architectural and historical significance to the State of Victoria.

Why is it significant?
The former Bank of New South Wales, Castlemaine is of architectural significance as a fine bank design by prolific architect, Leonard Terry. He designed at least fifty branches for all the major banks, mainly in Victoria, largely in a variety of Renaissance Revival designs.

The former Bank of New South Wales, Castlemaine is of historical significance for its association with the rapid development of the goldfields in Victoria from 1851. It reflects the dramatic increase in wealth created by the discovery of gold and the subsequent demands on the banking system.