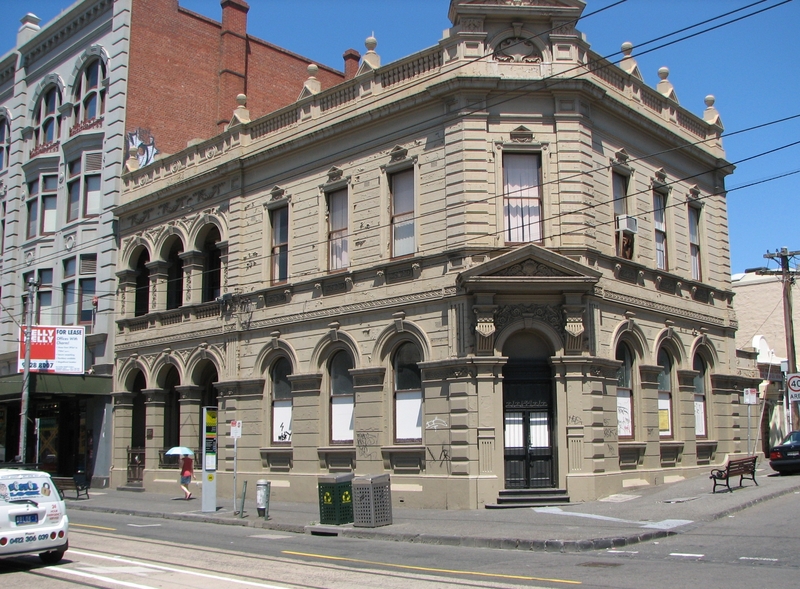 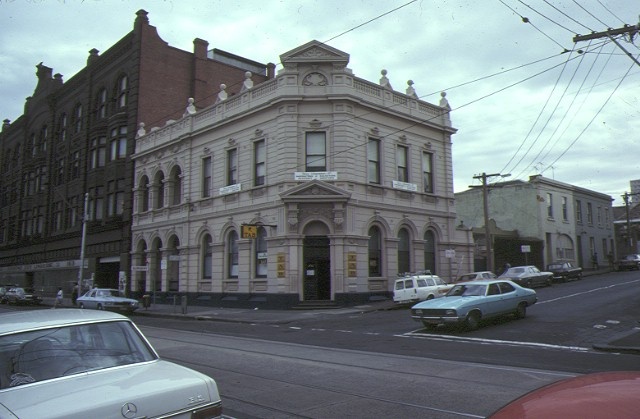 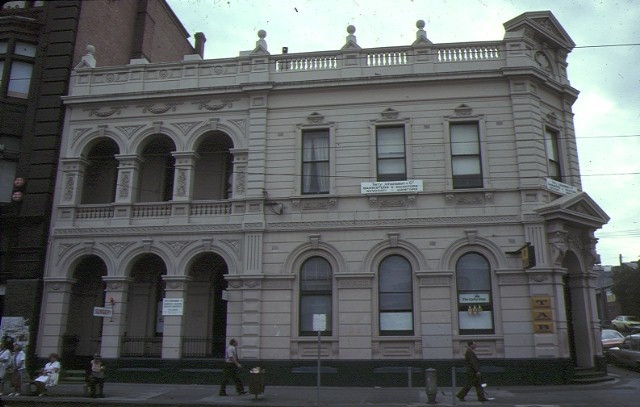 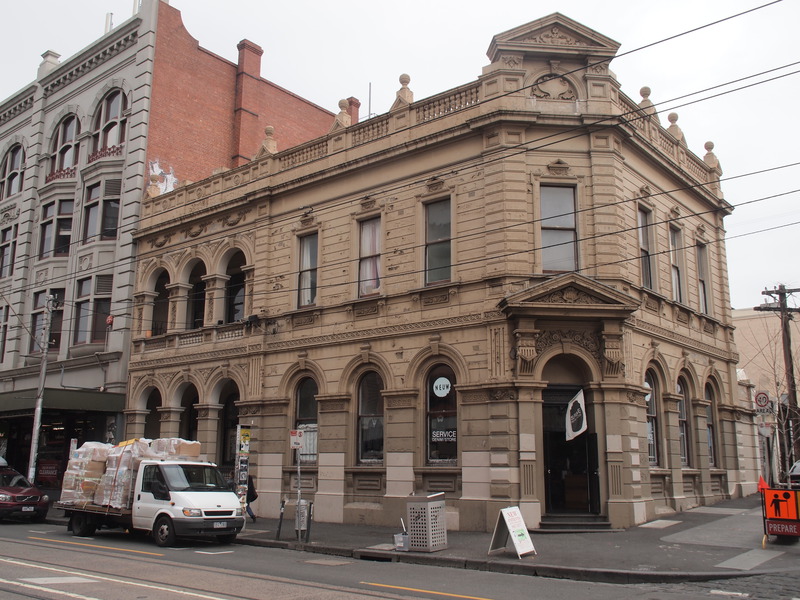 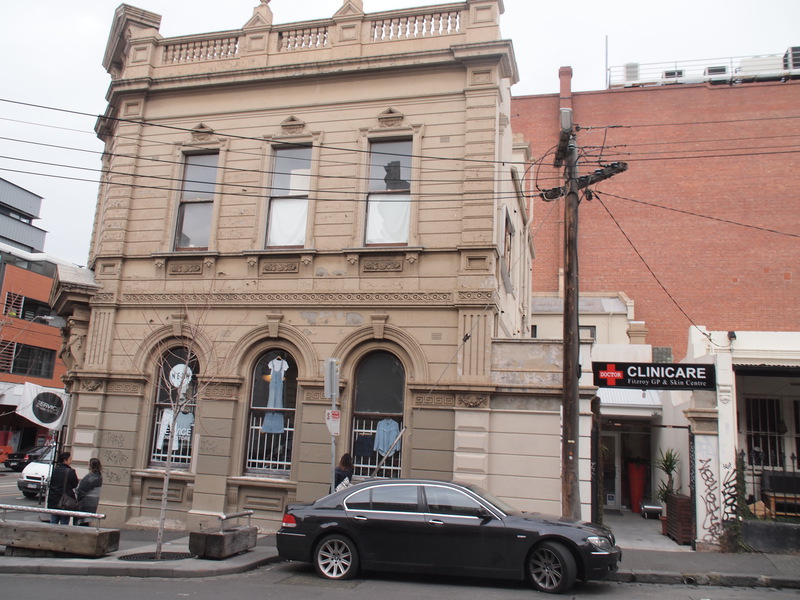 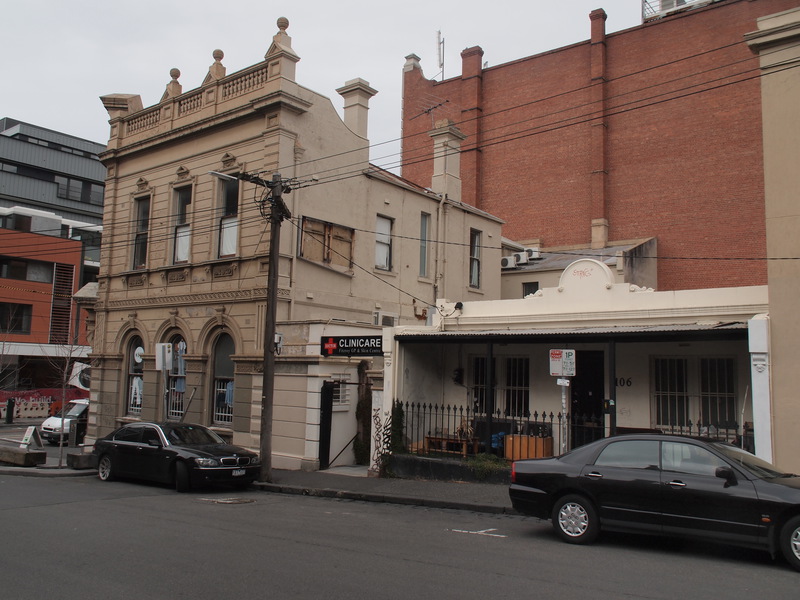 The Former Union Bank of Australia was constructed in 1889-90 to the design of architects Inskip and Robertson. The two storey rendered brick building combines a bank with a manager’s residence.

The Former Union Bank of Australia is of architectural and historical significance to the State of Victoria.

The Former Union Bank of Australia is of architectural significance as an excellent and rare example of an intact boom style bank building and attached residence and for its associations with the architect George Inskip. Although the bank and residence are clearly distinct, their integration is successfully and distinctively achieved. The bank’s corner entrance is unusual for a public building, while the detailing employed in the facade is eclectic and includes reduced elevated pediments over the windows, Greek key patterning at ground floor impost level, draped ionic entrance consoles and sill panels with relief mouldings. Of particular interest are the cantilevered entrance pediment and the vase and sunflower cement reliefs to the pilaster panels of the loggia. Both are devices associated with the English Queen Anne revival and the work of the English architect Norman Shaw. Their appearance in a building of this period in Melbourne is an example of relatively quick transfer of architectural style to the colonies. This, in turn, is indicative of the knowledge and skill of the building’s principal architect, George Inskip, one of the finest exponents of Boom Classicism bank design in Victoria. Inskip’s prominence in the profession was illustrated by the fact that he was president of the Royal Victorian Institute of Architects for three successive terms.