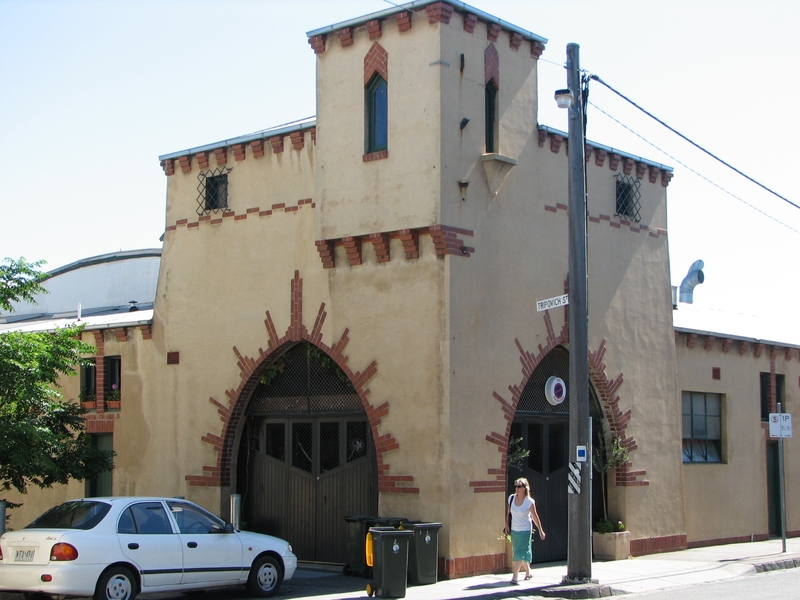 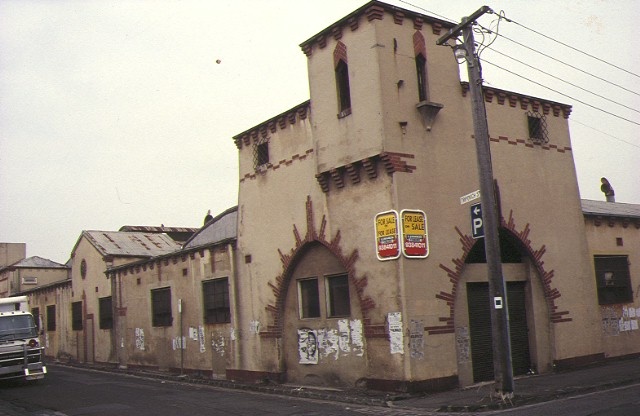 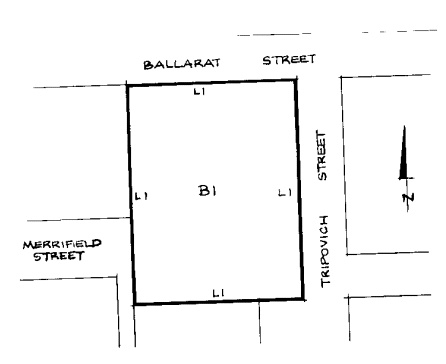 The Brunswick Market, comprising 71 shops and stalls for the sale of fruit, vegetables, meat and fish, was promoted by a Geelong syndicate headed by real estate agent TK Maltby which planned to counteract the drift of local shoppers to the Victoria market. Advertised locally as a 'Boon for Shoppers', the market promised increased competition for cheaper food prices at a time when the lagging months of the Depression were causing a dramatic downturn across this industrial suburb. The rendered brick building, in the then popular Spanish Mission style, was designed by IG Anderson architect, and constructed by Geelong timber merchants, JC Taylor & Sons Pty Ltd at a cost of 20,000. It was opened on 19 September 1930 by State Labor MLA for Brunswick, James Jewell, and contained what was claimed to be Melbourne's first self-service grocery shop, operated by the Geelong firm of SE Dickens. The market failed to compete with nearby Sydney Road traders as well as the Victoria market, and a liquidator was appointed in 1933. The building was subsequently used for storage purposes by the Red Cross and by Belleland Boxes Pty Ltd for cardboard box manufacture.

The Former Brunswick Market building is of architectural, historical and social importance to the State of Victoria.

The Former Brunswick market is of exceptional architectural importance as the only known market building in Victoria constructed in the Spanish style, popular during the late 1920s to mid 1930s in domestic and commercial architecture. The adoption of the romantic and evocative Spanish Mission, or Spanish Eclectic style by the architect was a clever device to draw public attention to the new market venture, and contrasted sharply with the established linear pattern of Victorian style shops and associated dwellings in Sydney Road. The Former market has further architectural and historical importance for its rare timber Belfast truss roof structure, and for being one of few purpose-built market structures surviving from the inter-war years.

The Former Brunswick market has architectural and historical importance as a rare example of the 'basilican form' of market building originally introduced by Charles Fowler in his remarkable designs for English markets in the early nineteenth century, and later interpreted in Australia by architect Edmund Spencer in the Castlemaine market (1858). The design for the Brunswick market by local architect, IG Anderson is important for continuing the unique Fowler tradition of market building.

The Former Brunswick market has historical and social interest for its association with supermarket pioneer, SE Dickens (1892-1964), who established the first Melbourne self-service outlet in the building in 1930, after introducing the new method of grocery selling some years earlier in Geelong.

The Former Brunswick market building is socially and historically notable for illustrating the perceived importance of markets and market buildings during the Great Depression, and with their failure, the risk it entailed.