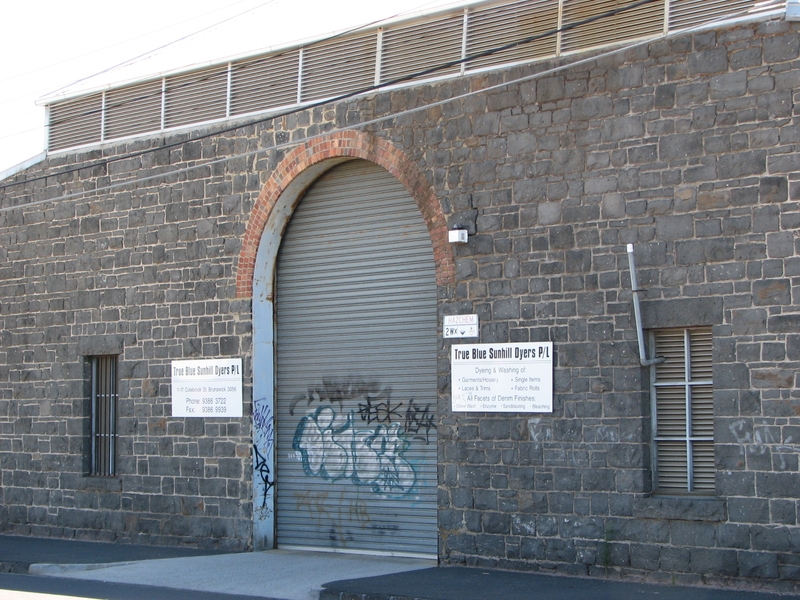 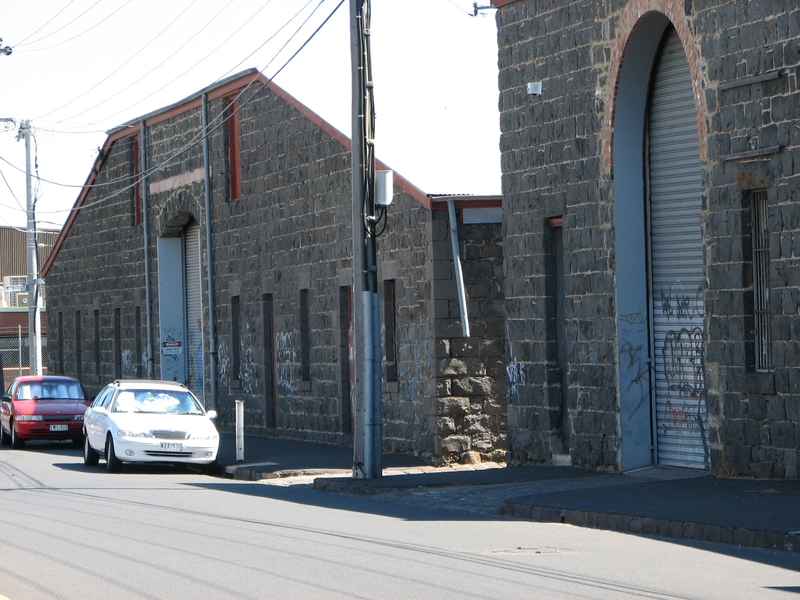 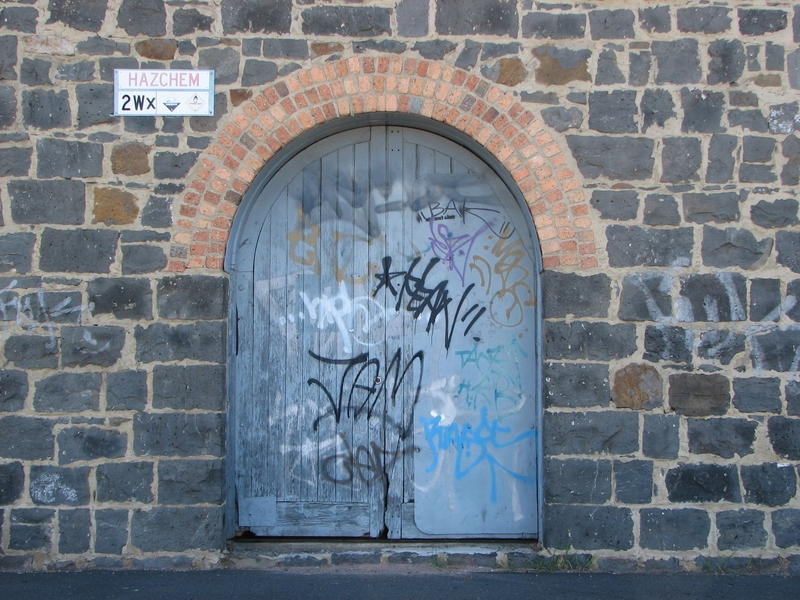 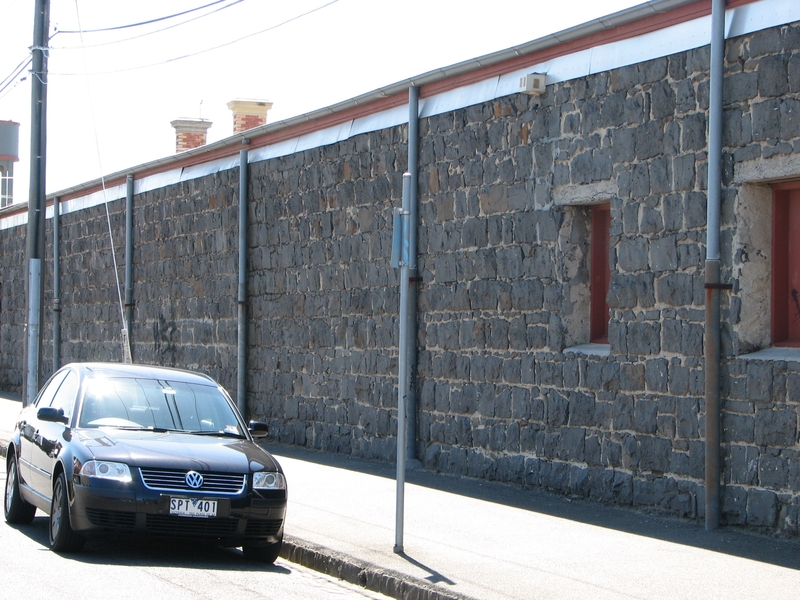 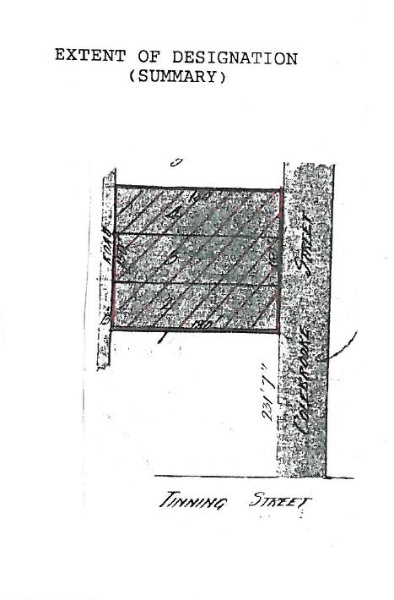 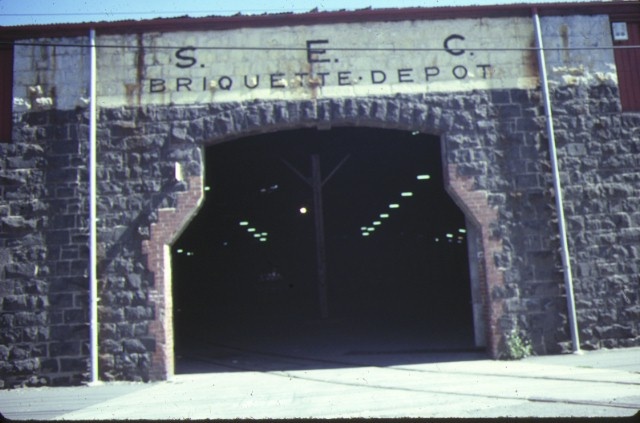 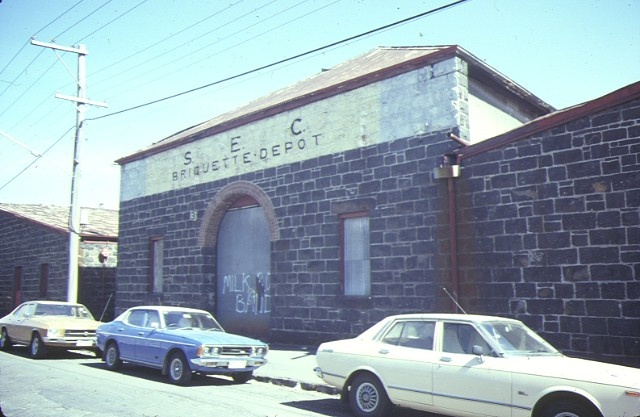 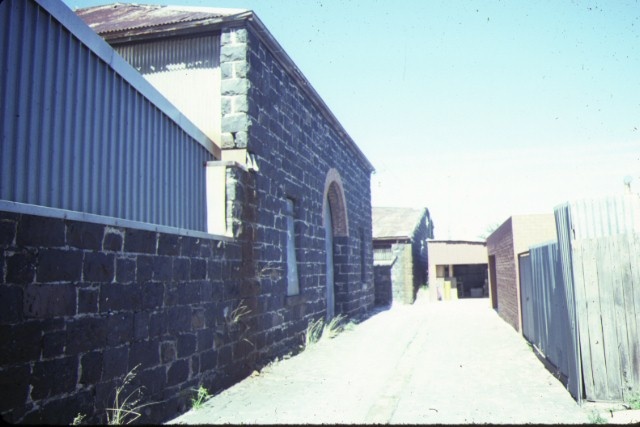 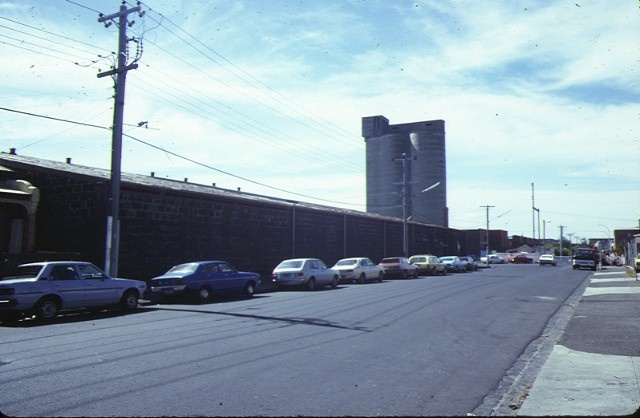 This substantial complex of three bluestone grainstores was erected between 1888 and 1891 for Donald Melville, a prominent local wool and grain merchant and Member of Parliament. In 1911, they became known as the Moreland Grain and Free Store. The State Electricity Commission acquired them for a briquette depot in 1932 and during the Second World War they were occupied by the American Army and the Commonwealth Customs Department. The grainstores are important on four main counts:

a) they represent a substantial use of bluestone and are a reflection of the 19th century quarrying industry in Brunswick.

B) they are a large and rare expression of 19th century trade in grain corn, seeds, hay, etc prior to bulk supply of grain;

c) they are a substantial example of a grainstore not related to the milling industry;

d) they are important for their association with the Hon D Melville, a prominent politician and grain merchant who conducted his business from these premises for several years.