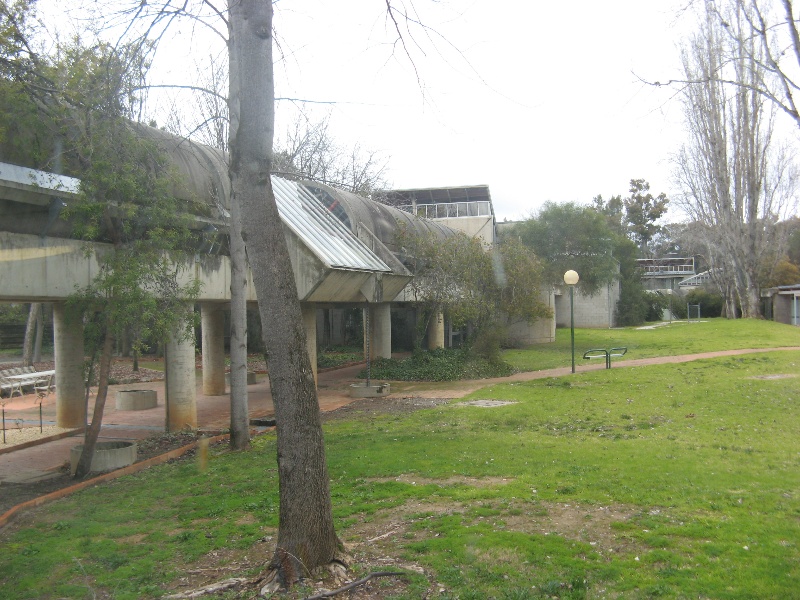 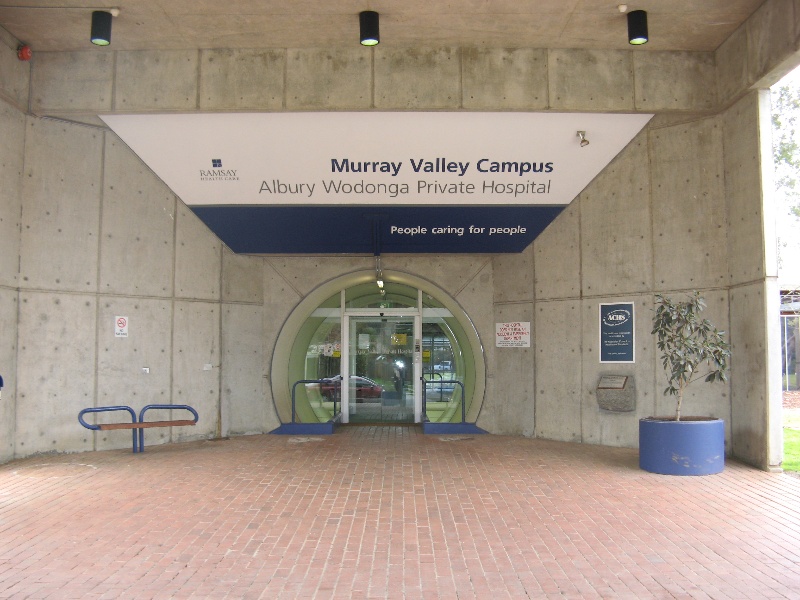 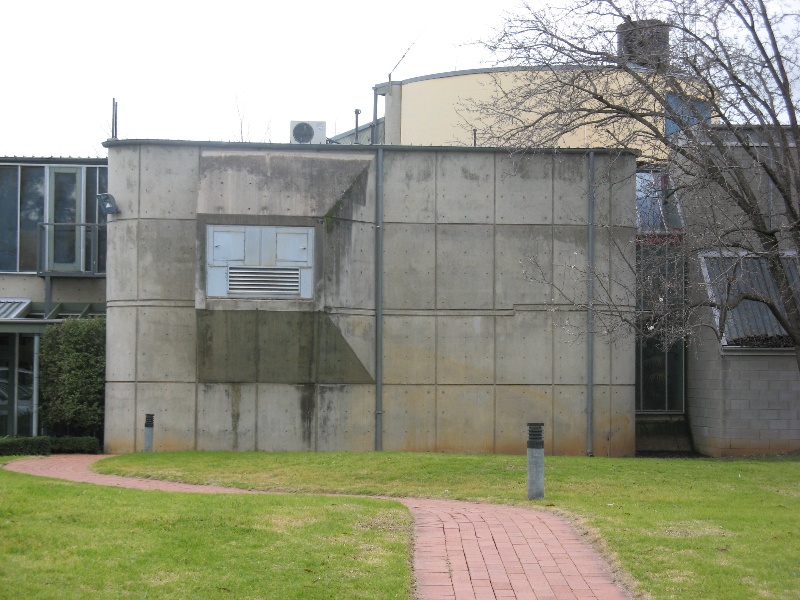 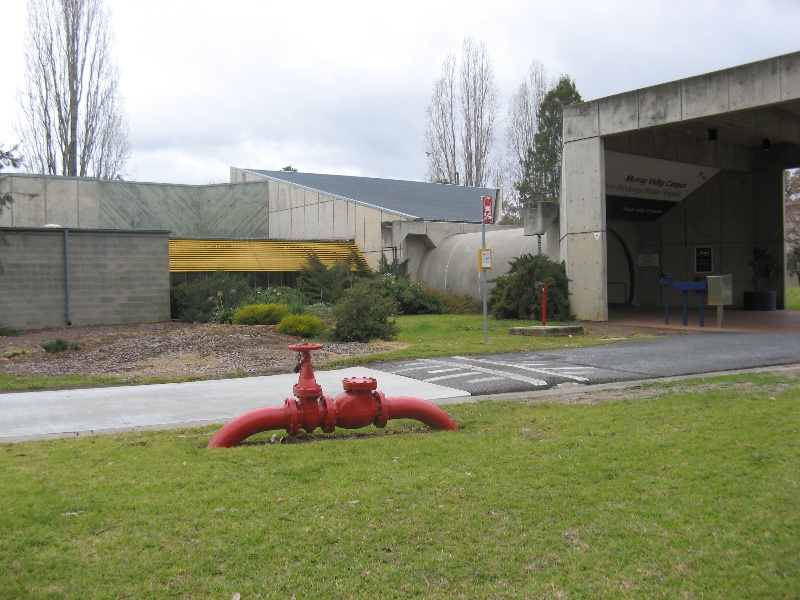 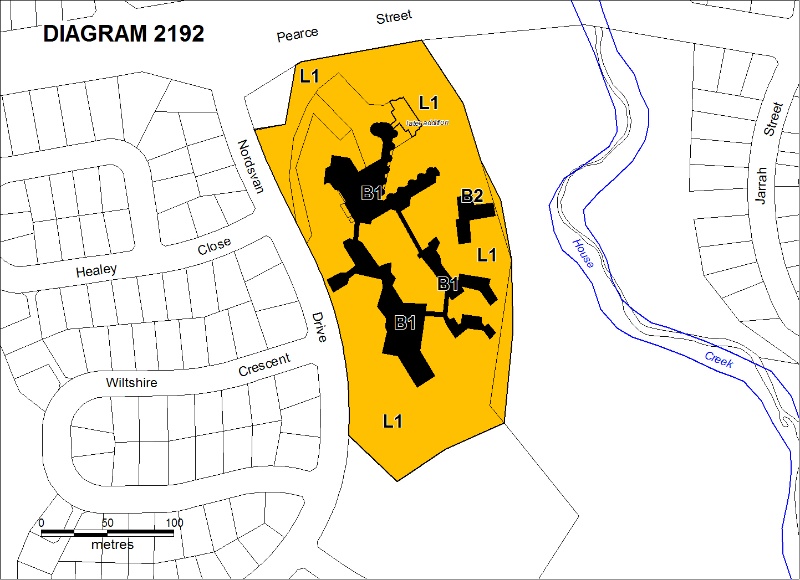 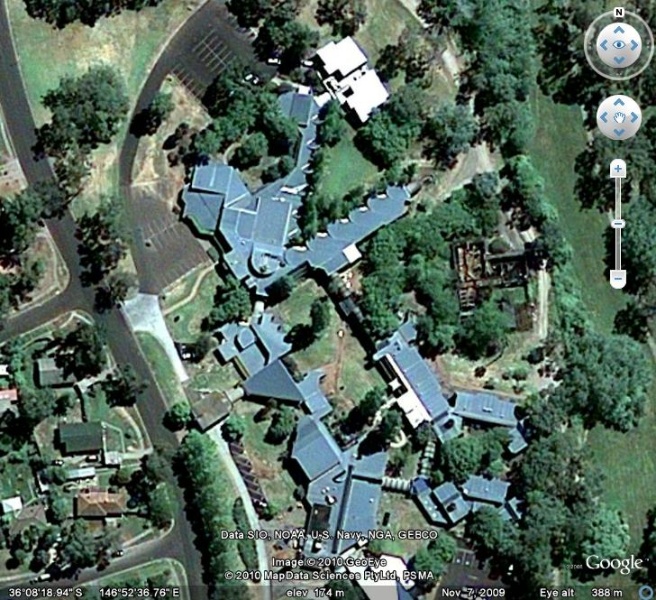 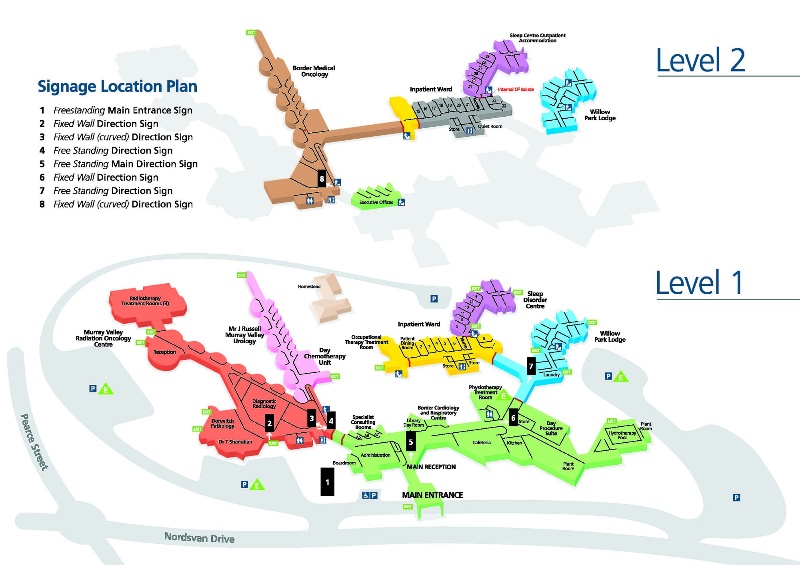 The Former Clyde Cameron College, now Murray Valley Private Hospital, was constructed in 1976-7 as a residential training college for trade unions on the site of a single storey red brick farmhouse which was extended and incorporated into the complex. The college was commissioned and operated by the Trade Union Training Authority (TUTA) from 1977 until its closure in 1996.

The design team, Architects Group, was led by Kevin Borland with the project architect Bernard Brown. The Commonwealth Department of Construction was responsible for site supervision and contract administration. Construction was by local building firm Chick Constructions who teamed with British building company Costains. The foundation stone was unveiled by Clyde Cameron in 1976. The construction of the college was fast-tracked with building works starting on site with minimal documentation, and was completed at a cost of $6.5 million in 1977. The college was opened by the Housing Minister Ray Groom in September 1977.

The Brutalist style off-form concrete and concrete block complex comprises a series of wings of one and two storeys linked by pre-cast concrete pipe walkways. The wings are laid out across the site with strong 45 degree geometry. The interior has solid timber trusses and exposed services. The building was designed to showcase the trades as part of the architectural aesthetic, and the individual trades were actively involved in the on-site resolution of design issues.

The building was one of the most controversial of the 1970s for both its political basis and its architecture. While it failed to win any architectural awards at the time, in 2008 the former Clyde Cameron College received the 25 Year-Award for Enduring Architecture from the Australian Institute of Architects Victorian Architecture awards.

It is now used for private health services provided by Murray Valley Private Hospital and Murray Valley Radiation Oncology. It is substantially intact and in good condition.

The former Clyde Cameron College is of architectural and historical significance to the state of Victoria.

The former Clyde Cameron College is of architectural significance as a highly creative and largely intact example of the late twentieth century Brutalist style. The design illustrates key elements of the Brutalist ethos of honest use materials with use of unpainted off form concrete showing formwork patterns, concrete blockwork, heavy timber trusses, and exposed services.

The former Clyde Cameron College is architecturally significant as the work of highly influential Victorian architect and lecturer Kevin Borland. While the design was undertaken by individuals with the Architects Group under project architect Bernard Brown, it is Borland whose political connections lead to the commission, and who conceived the striking concrete pipe connections between the different wings.

It is also of architectural significance as an early example in Victoria of a building procured through fast tracked construction, driven by the need to have the construction of the building started in the event of a change of government.

The former Clyde Cameron College is of historical significance for its association with the Trade Union movement, and the Whitlam government. The building was designed to showcase the skills of the designers, builders and individual trades, and reflect the aspirations of the Trade Union movement. The former Clyde Cameron College was named after the prominent Labor Party member, and long serving Federal Labor member for Hindmarsh, Clyde Cameron AO, who was a leading unionist and long term member of the Australian Workers Union. During the Whitlam government he served as Minister for Labour and Immigration, and Consumer Affairs.

It is of historical significance as Australia's first residential trade union training facility and provides a substantial physical reminder of the strength and influence of the union movement in the 1970s.