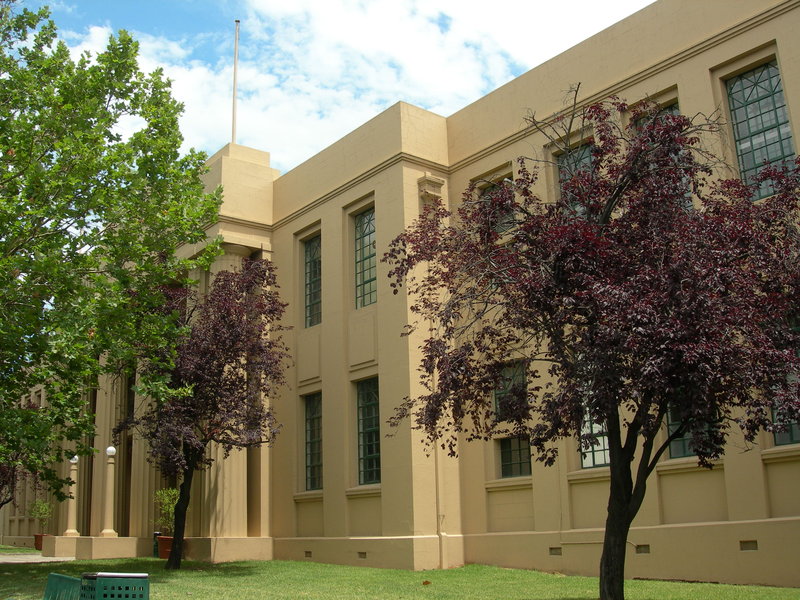 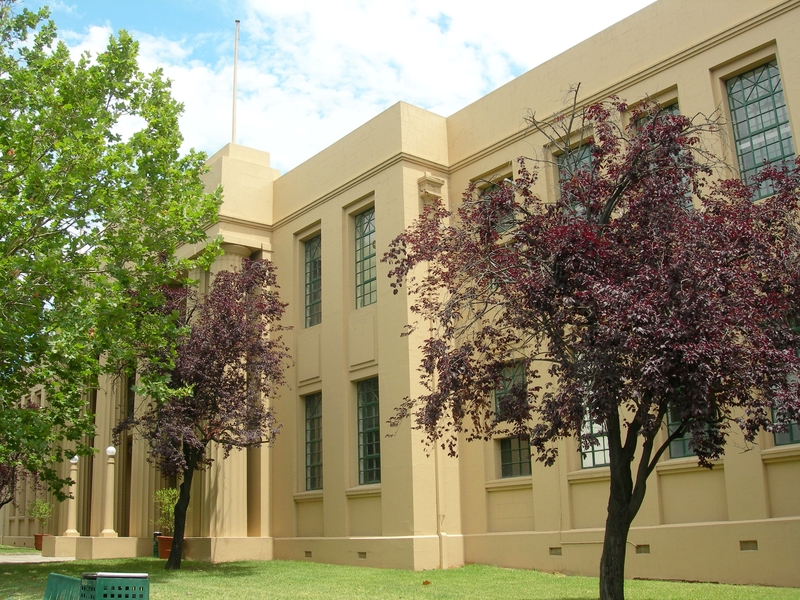 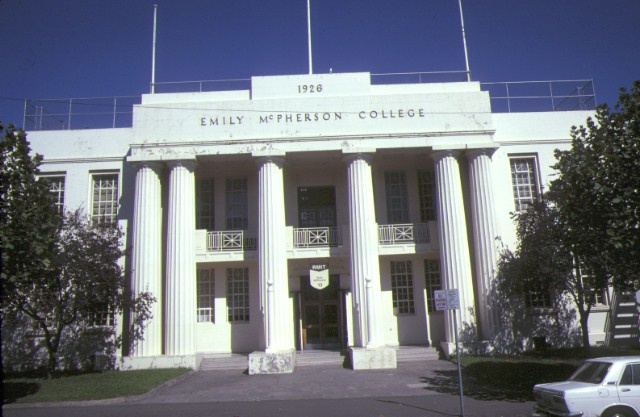 What is significant?
The Emily McPherson College of Domestic Economy was established with the help of a bequest of £25,000 from Sir William McPherson and named after his wife. The two storey neo-classical building was designed by Public Works Department architect Evan Smith in 1926 and opened by the Duchess of York in April 1927. The rendered brick building was built by W. Bolger and features a prominent Doric portico. It was erected on part of the site of the Old Melbourne Gaol, and incorporated some of the bluestone gaol buildings, including the governor's residence, the administrative block and the prison chapel. These buildings date from the 1860s. The College is now part of the RMIT University.

How is it significant?
The Emily McPherson College is of historical and architectural significance to the State of Victoria.

Why is it significant?
The Emily McPherson College is of historical significance as a reminder of earlier philosophies of educational provision, especially for girls and young women. Domestic Arts education developed in the years before and after WWI, at a time when there was a wider concerted push for 'scientific' mothering education. It was considered that mothering skills were not innate and needed to be taught, in the same way that domestic skills needed to be inculcated at school. The predecessors of this college were a College of Domestic Economy, established in 1906, and a Domestic Arts Hostel for the training of teachers, established in 1911. The College reflects a time when young women's access to post-secondary education was very limited, with a broader education largely only obtainable in the context of domestic training.

The Emily McPherson College is of historical significance for its associations with Sir William McPherson (1865-1932), Treasurer of Victoria from 1917 to 1923 and Premier and Treasurer from November 1928 to December 1929. It was largely thanks to McPherson's generosity that the College was built to replace its inadequate predecessor.

The Emily McPherson College is of architectural significance as a distinctive neo-classical building, the austerity and controlled simplicity of which reflected the kind of values to be imparted to the College's students. The building was awarded the RVIA street architecture award in 1930, an indication of the esteem with which the design was held at the time. The monumental Doric portico and classical composition emphasised sober traditionalism, appropriately enough for an institution of learning, while the regular colonial Georgian fenestration was reminiscent of popular domestic styles at the time, especially for the houses of the well-to-do in places like Toorak. The absence of extravagant ornamentation was most applauded, reflecting post-WWI trends toward more restrained and functional buildings.