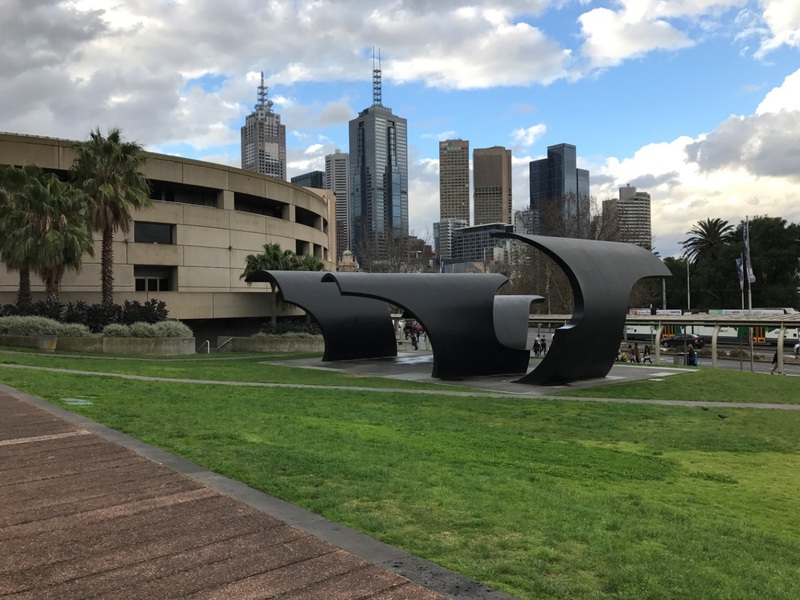 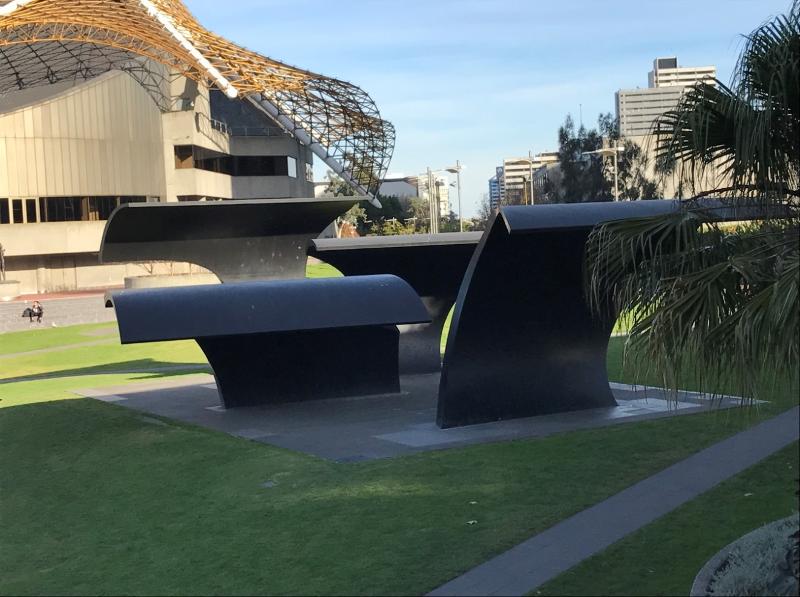 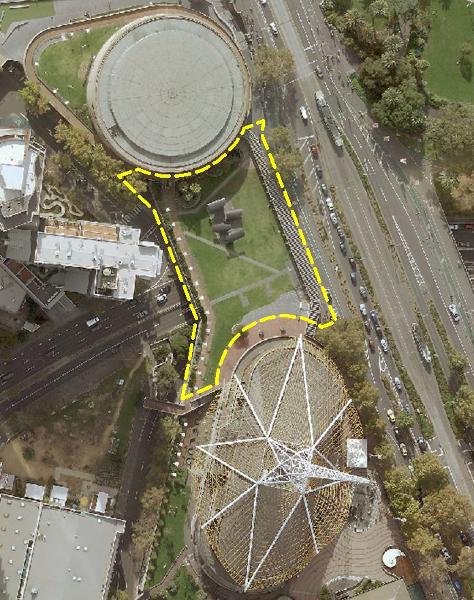 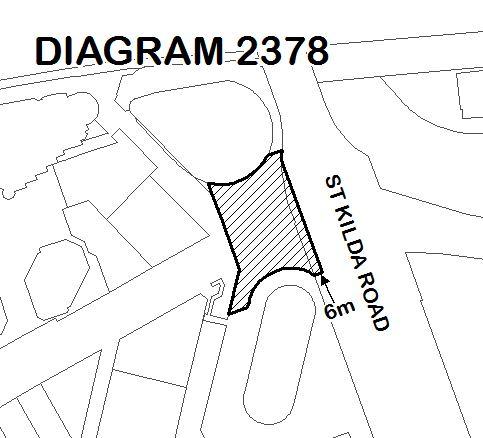 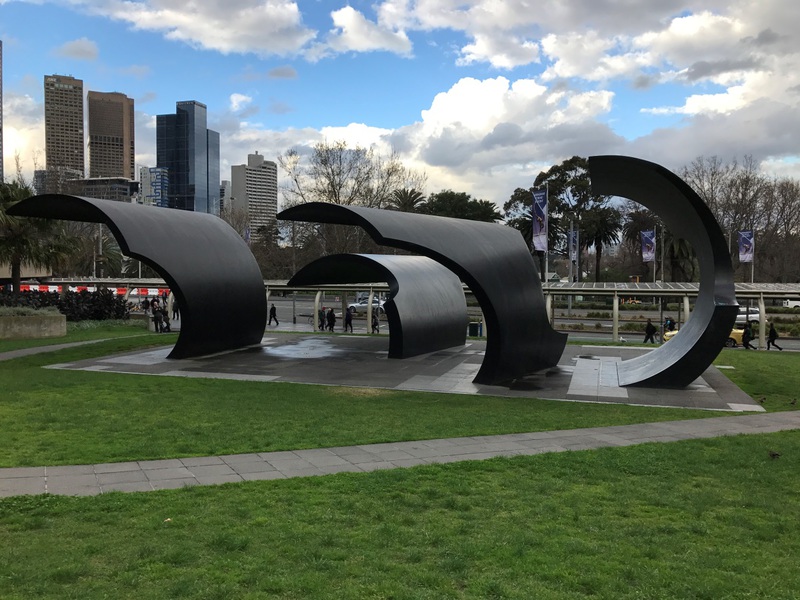 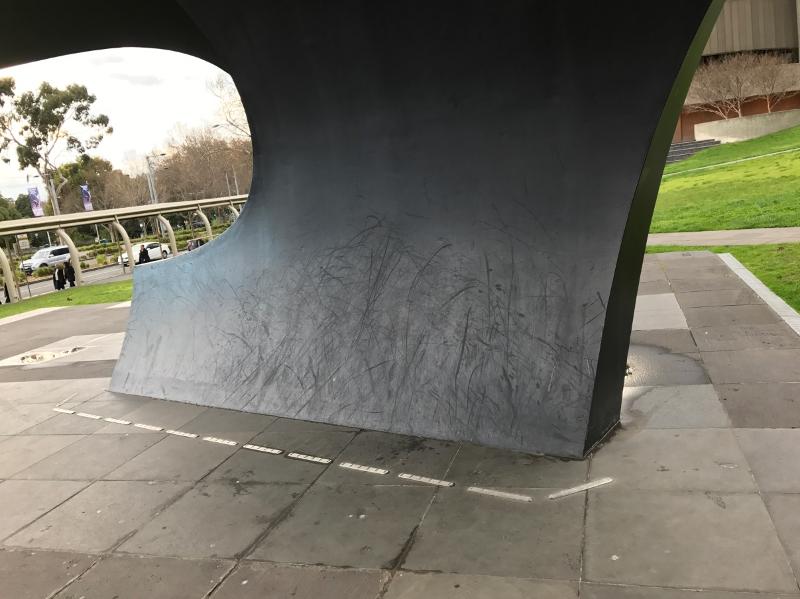 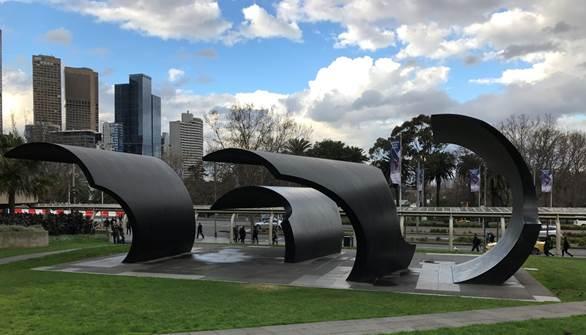 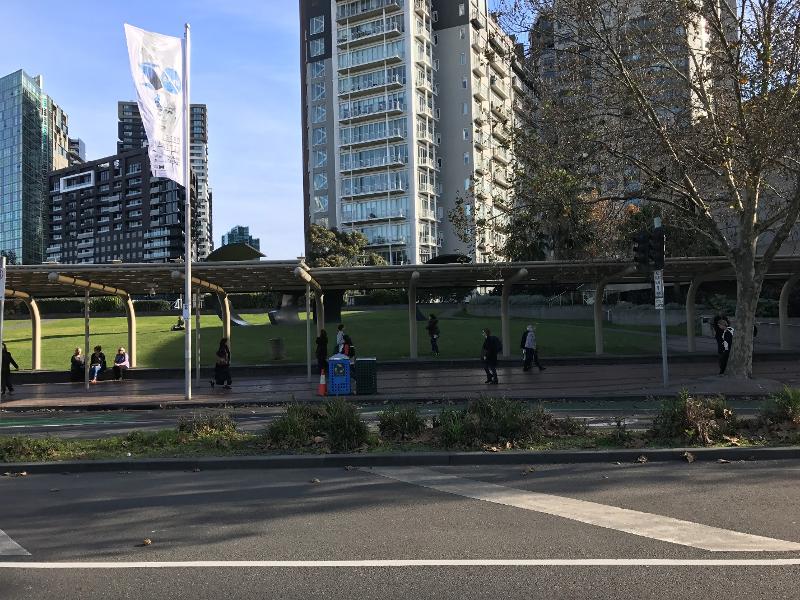 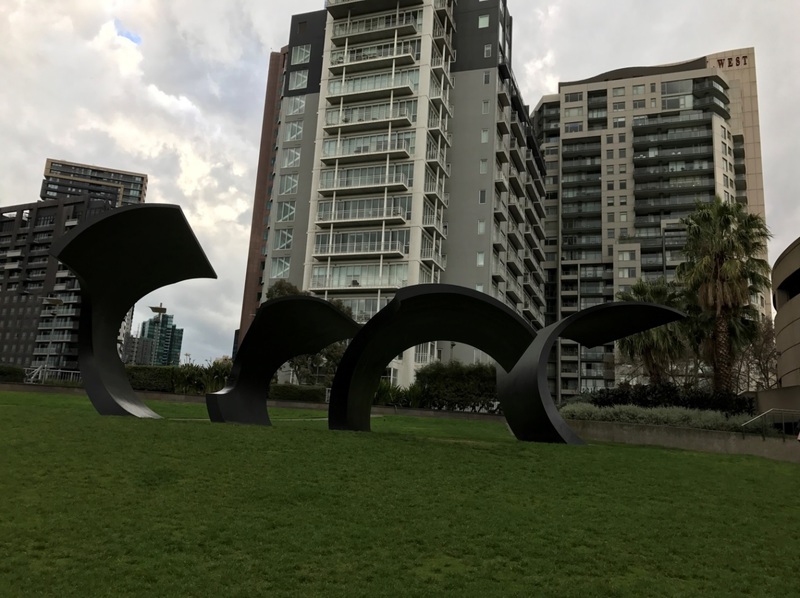 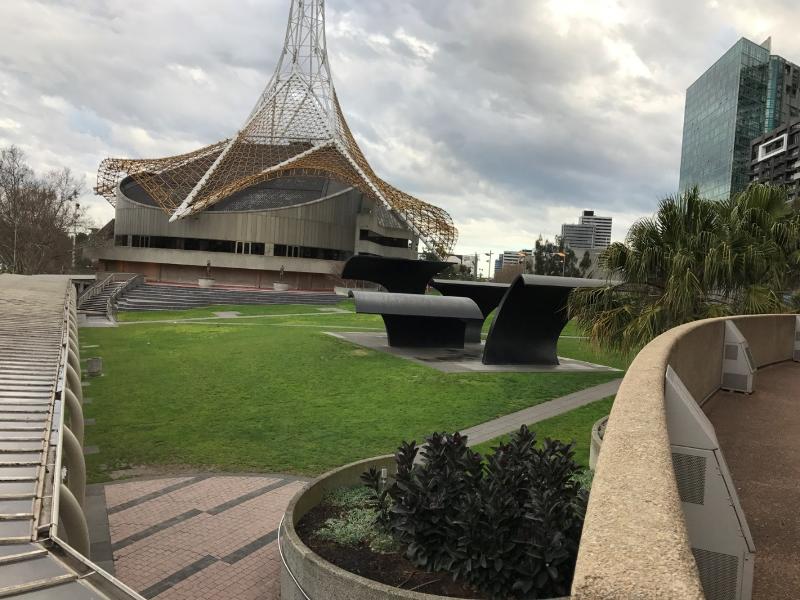 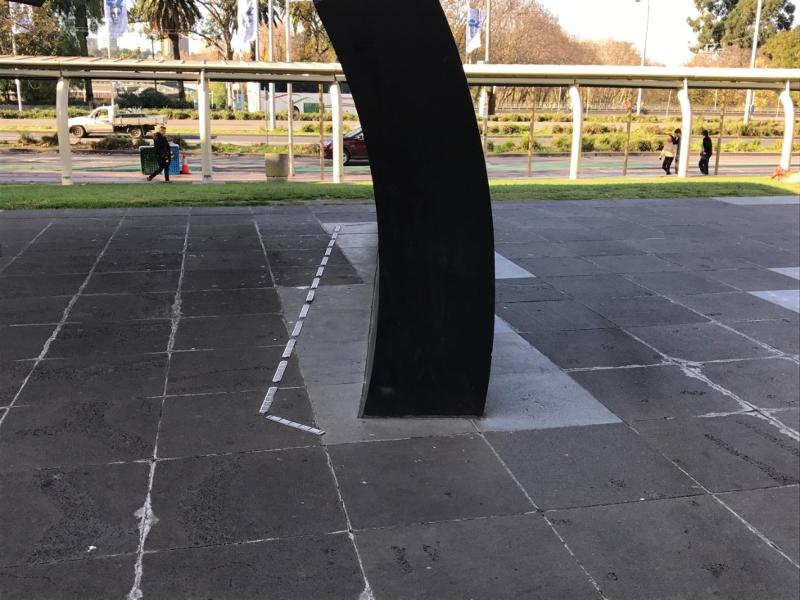 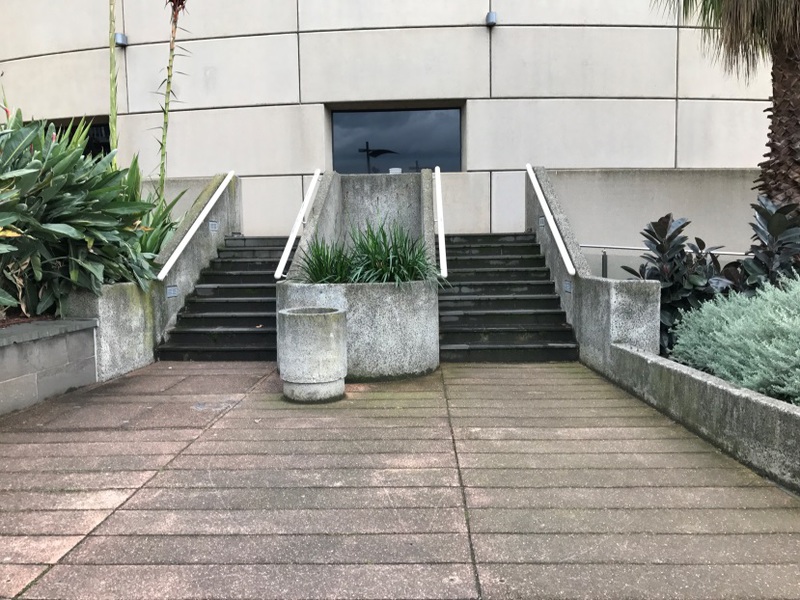 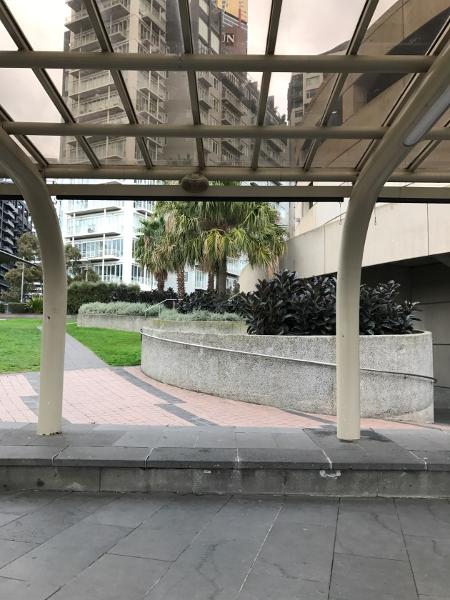 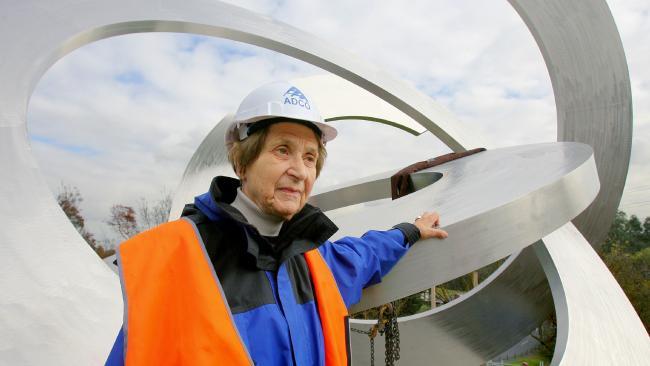 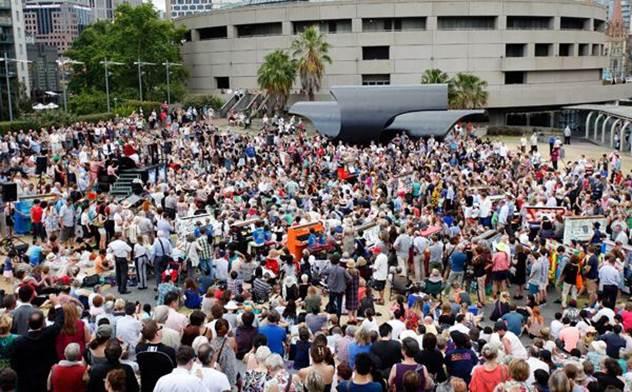 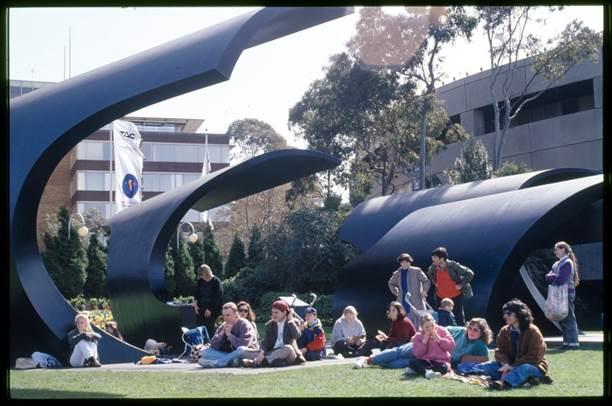 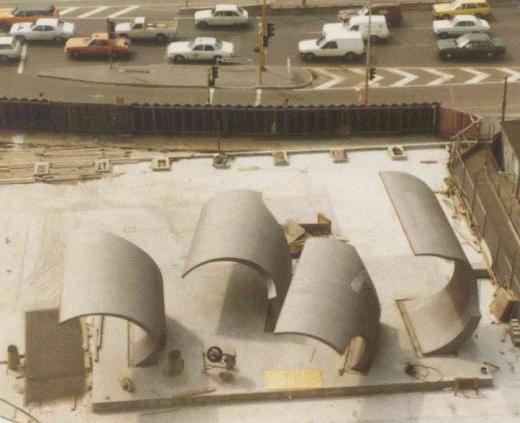 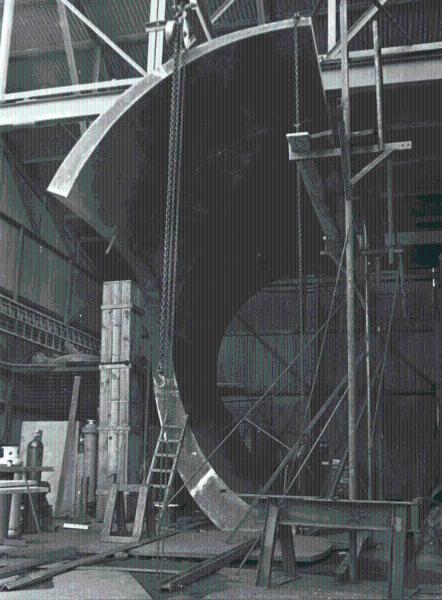 Forward Surge was installed on the Victorian Arts Centre Lawn in 1981. Sculptor Inge King made the maquette before receiving the commission to enlarge it from the architect, Roy Grounds, in 1973. Inge King had at that time reached the full maturity of her creative powers and Forward Surge is widely considered her most important work. She always envisaged that the work would suit a public plaza and, when the work was commissioned, the Victorian Arts Centre Lawn proved to be an ideal location that matched the intentions of the artist and architect. Hamer Hall is located on the site of the former site Snowden Park. The City of Melbourne permitted the loss of this park providing an equivalent "verdant space" was created to replace it. The Arts Centre Lawn was created to fulfil this condition.

Forward Surge is an imposing work of sculpture on a monumental scale. It consists of four reinforced, hollow steel 'waves' which are painted black. The work rises 5.16 metres above ground and each of the four steel `waves' or elements measures 7 metres across and weighs approximately six tonnes. It is an entirely abstract sculpture where the artist has created a series of waves rolling towards the city that would also encourage people to physically move about the space, exploring and engaging with the work at a bodily level. The sculpture was also designed to be appreciated from a moving car. The 'waves' are set into a concrete plinth covered with earth and bluestone pavers; the paved area measures 15.14 x 13.68 metres. The paved bluestone base is surrounded by the extensive, green Arts Centre Lawn with Hamer Hall at the northern end and the Theatres Building at the southern. The eastern boundary of the site is St Kilda Road and the western is the edge of the bridge over Sturt Street. The lawn covers part of the roof of the Arts Centre and the bridge over City Road, Sturt Street and Southgate Avenue. Because of the height of the bridge and the necessarily shallow depth of soil, grass was the only possible planting for most of the area, except for the northern edge next to Hamer Hall where taller trees can be planted in the deeper soil.

Forward Surge, a monumental public sculpture made by renowned Australian sculptor Inge King (1915-2016) and its setting on the Arts Centre Lawn. The sculpture is made from fabricated steel, painted black, set into concrete foundations and surrounded by bluestone pavers and a large green lawn with concrete edged garden beds. The sculpture comprises four upright curved steel `blades' that appear to roll northwards and it visually links the two main performance spaces in the Victorian ArtsCentre precinct. The Arts Centre Lawn is the setting both for the sculpture and extensive public use.

Forward Surgeis of cultural, aesthetic and historical significance to the State ofVictoria. It satisfies the following criteria for inclusion in theVictorian Heritage Register:

Forward Surge is significant at the State level for the following reasons:

Forward Surge is aesthetically significant for the way it integrates harmoniously with the built environment while its monumental, black appearance ensures that it remains an independent artwork. Forward Surge was selected by Arts Centre architect Roy Grounds to aesthetically link Hamer Hall and the Theatres Building.

Forward Surge is culturally significant for the way that it is widelyappreciated by both the general and academic communities. It occupies a central place in Victorian cultural history. [Criterion E]

Forward Surge is technically significant because the fabrication and installation of this large and heavy public art work was a technical achievement by sculpture fabricators and installers J.K. Fasham, engineer Joe Borg and Thermal Engineering. It is also the largest (in terms of length andbreadth) work made by Inge King. Forward Surge is creatively significant as an abstract sculpture made from multiple different elements which succeed in creating changing sensations of form, space and light as people walk through and around them. [Criterion F]