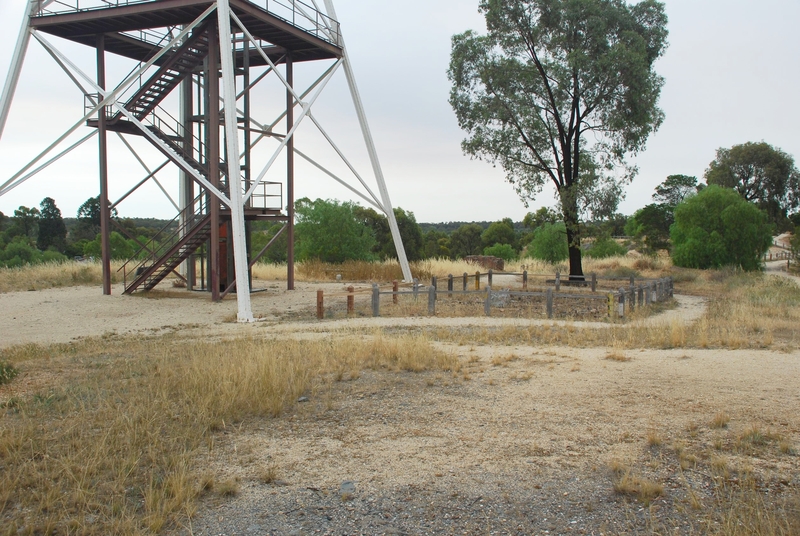 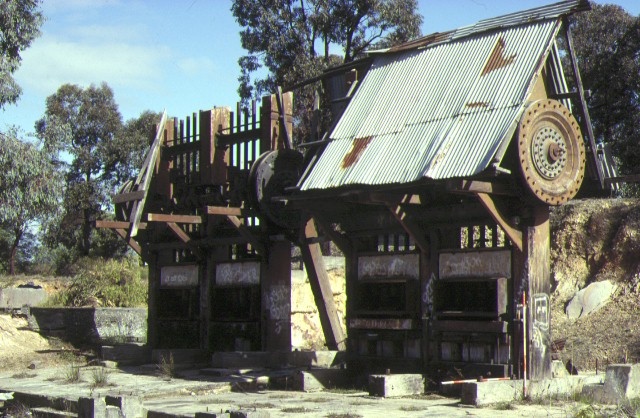 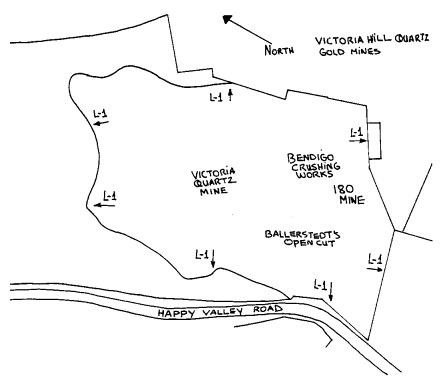 The story of quartz mining on Victoria Hill lies at the heart of Bendigo's historical status as the world's richest and deepest reefing field. Gold was discovered on Victoria Hill in 1854, and by early 1855 claims had been taken up over its entire extent. Shafts were first worked by windlass, whip or whim, and primitive crushing batteries were in operation. By 1861, Victoria Hill had yielded at least 1,200,000oz in gold.

One of the early claims on Victoria Hill was owned by Prussian immigrants, Christopher Ballerstedt and his son Theodore. In 1854, they bought a claim on the hill for £80, to which they subsequently added other claims, and from the quartz veins (called spurs), worked both by shafts and a large open cut, obtained gold worth nearly £200,000. Christopher Ballerstedt was dubbed 'Father of the Hill' and has been credited as the first to debunk the theory at that time prevalent on the Bendigo field, that the gold content of reefs would diminish at depth. As his shafts plunged below the 200-foot level, the quartz remained rich in gold. His success inspired others, and so led the way to Bendigo's later status as the world's deepest and richest goldfield.

The Ballerstedts built Bendigo's grandest mansion, Fortuna. Theodore continued to work Victoria Hill after his father's death, but in 1871, convinced that his claim was exhausted, he sold both mine and mansion to George Lansell for £60,000. Lansell's mine on Victoria Hill was called the 180, and operated under his ownership until his death in 1906. The mine supplied the initial wealth that made Lansell Bendigo's 'Quartz King'. George Lansell was such a force in Bendigo's mining history that his death was cited as one of the reasons for the decline of Bendigo as a quartz mining centre,

The Victoria Hill Quartz Gold Mines are of historical, archaeological and scientific importance to the State of Victoria.

The Victoria Hill Quartz Gold Mines are historically significant as the symbolic heart of Bendigo's famous goldfield. The mines are linked to nineteenth-century individuals (Christopher Ballerstedt and George Lansell) who played prominent roles in the evolution of Bendigo. Both men's fortunes and their influence on Bendigo, originated from mining operations carried out on the hill.

The Victoria Hill Quartz Gold Mines are historically and scientifically important as characteristic examples of an important form of gold mining. Gold mining sites are of crucial importance for the pivotal role they have played since 1851 in the development of Victoria. As well as being a significant producer of Victoria's nineteenth century wealth, quartz mining, with its intensive reliance on machinery, played an important role in the development of Victorian manufacturing industry. The Victoria Hill Quartz Gold Mines are important as a manifestation of this aspect of gold mining.

The Victoria Hill Quartz Gold Mines are scientifically important, as they contain relics span nearly sixty years of mining (1854 to 1913), documenting the richest and most significant years of Bendigo's world-famous quartz mining industry. Enhancing the significance of the place are relics from the Victoria Quartz Company operations, including, at 4,870 feet, the world's deepest nineteenth-century gold mining shaft. As a postscript to the chronology of gold mining is the surviving crushing machinery (formerly part of the Bendigo Crushing Works) which was erected near the foundations of Lansell's 180 mine in 1932, to crush quartz for nearby mines. The place has a potential to yield artefacts and evidence which will be able to provide significant information about the technological history of gold mining.