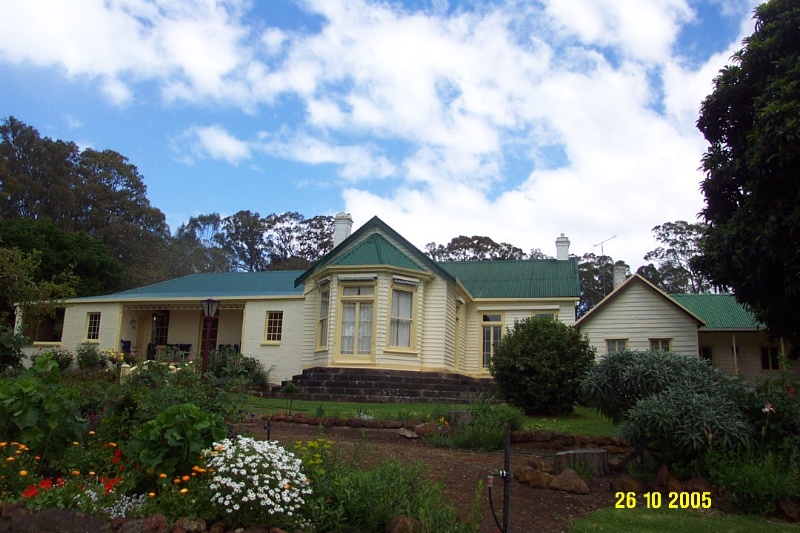 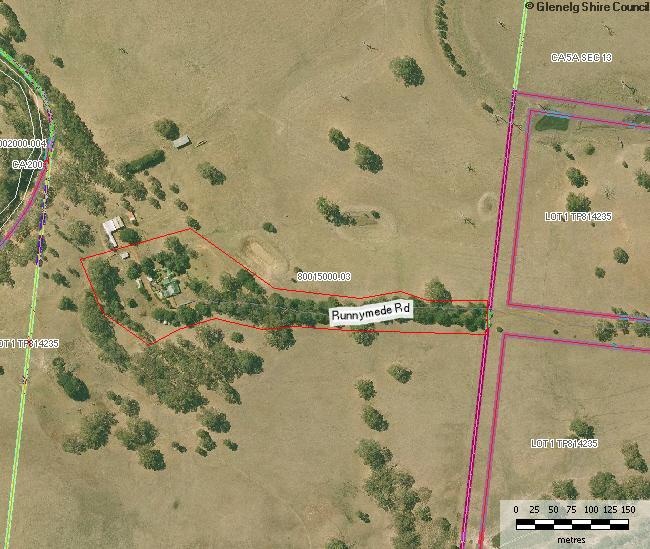 Runnymede Homestead is a single storey asymmetrical dwelling comprised of at least three sections. It faces east and is set within an extensive garden. This historic Western District sheep station, established in c1846 by the Hutcheson brothers, David, John and George, Scottish pastoral pioneers, has historical significance as one of a number of such properties in Glenelg Shire associated with the development from the 1840s of the district sheep industry. The Hutchesons were prominent district residents. Later, from 1880, Runnymede was associated with another Scottish pastoralist, James Bruce Gill, and, more recently, from the early 1930s, with the Laidlaw family of sheep farmers. Remaining farm buildings include a homestead, located on the original homestead site beside the Glenelg River shown on the c1850 run plan. The two early homesteads date from the arrival of the Hutcheson Brothers and the establishment of their Pre-Emptive Right in 1853. The earliest section is a weatherboard cottage dating from about 1848, which is in good condition and has a high degree of integrity. The second part dates from about 1853 and is a brick house, originally of four rooms, and the third section of the homestead sits between the first and the second and is linked to the latter. It probably dates from between 1880 when J. B. Gill purchased Runnymede and 1885 when Gill married Ruth Pennycuick. The exterior of the three parts of the homestead are all in very good condition and retain a high degree of integrity. The earliest part retains a high degree of integrity internally also. The homestead complex is set within an extensive mature garden of mixed exotics and natives including some remnant trees. Dark conifers and deciduous trees form a backdrop to the homestead. It overlooks the Glenelg River meadows which used to flood regularly. It is reached by a drive which divides towards the front and rear of the building. The last stretch of the drive is 0.4km long and is lined with Red Gums, Oaks, and Osage Orange trees, the latter perhaps originally intended as hedging. At its commencement there is a massive remnant Red Gum, Eucalyptus camaldulensis. The garden survives intact to its mid-twentieth century state and is in good condition.

Runnymede Homestead Complex is of historical, architectural and aesthetic significance to the State of Victoria.

Runnymede is of historical significance as one of the earliest surviving pastoral properties, including its outbuildings and original homestead (c1848). Of further historical significance is its association with the Hutcheson Brothers, who were important local landholders as well as influential people in society. It is of architectural significance for its ability to illustrate different vernacular building styles and techniques ranging from very early pastoral times through to the mid twentieth century. It exhibits particular building elements which are rarely seen, including fine internal joinery in the earliest section of the homestead. Its setting, overlooking the Glenelg River is deliberate, and in addition to the surrounding expansive garden, the park-like river flats and the deliberately sinuous driveway, the complex has a strong aesthetic significance.