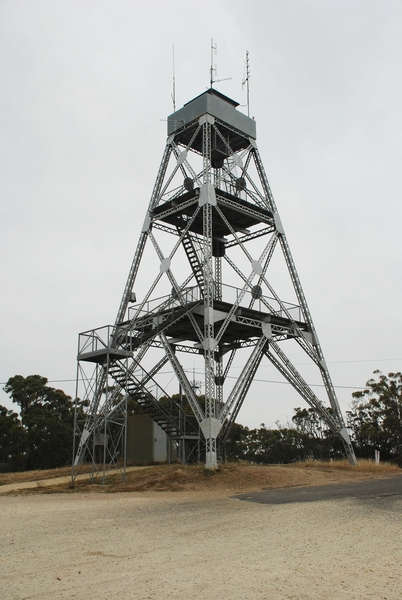 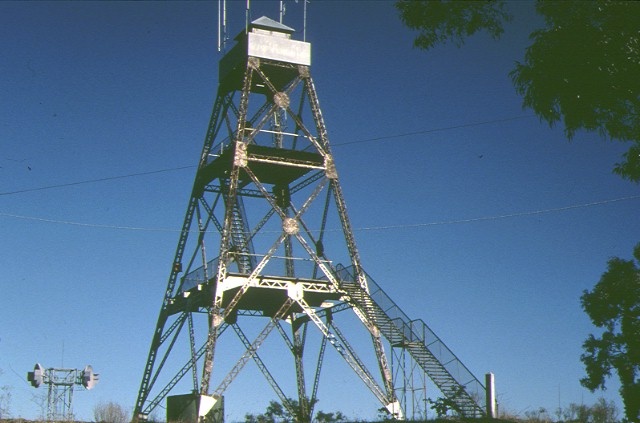 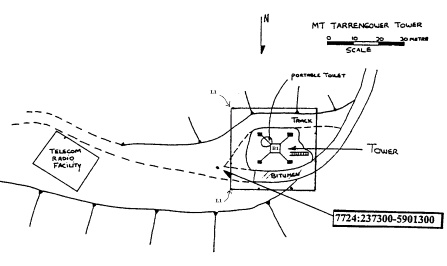 In May 1923 a public meeting was convened by the Maldon Shire to investigate ways to develop the natural resources of the district in order to once more bring the town into prominence as an important mining centre, and a popular tourist resort. Ideas were especially sought for attractions to cater for the increasingly popular motor car. The first tangible action was the erection of a lookout tower on the summit of Mount Tarrengower. The tower was originally the poppet legs of the Comet Mine at Bendigo. From the late 1940s the Mount Tarrengower tower has also been used as a fire spotting tower.

The tower is historically significant as a unique artefact associated with the development of the State's fire protection system, being a notable departure from the then-standard timber fire-spotting towers. The tower's non-combustible nature has ensured its survival as the oldest surviving fire-spotting tower in the State.

The tower is scientifically significant as the last surviving type of an early form of steel poppet head construction, similar in design to the first steel poppet head erected on the Bendigo Goldfield, at the Victoria Quartz Gold Mine, in 1896.