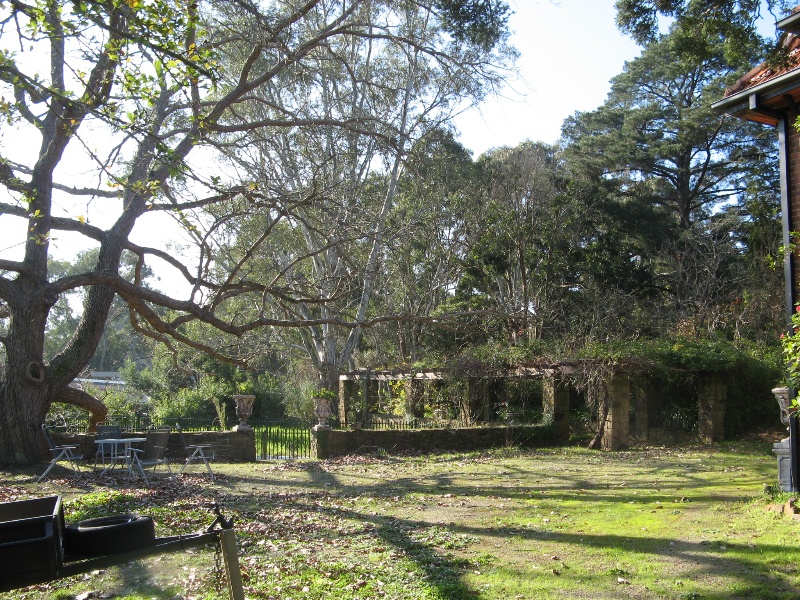 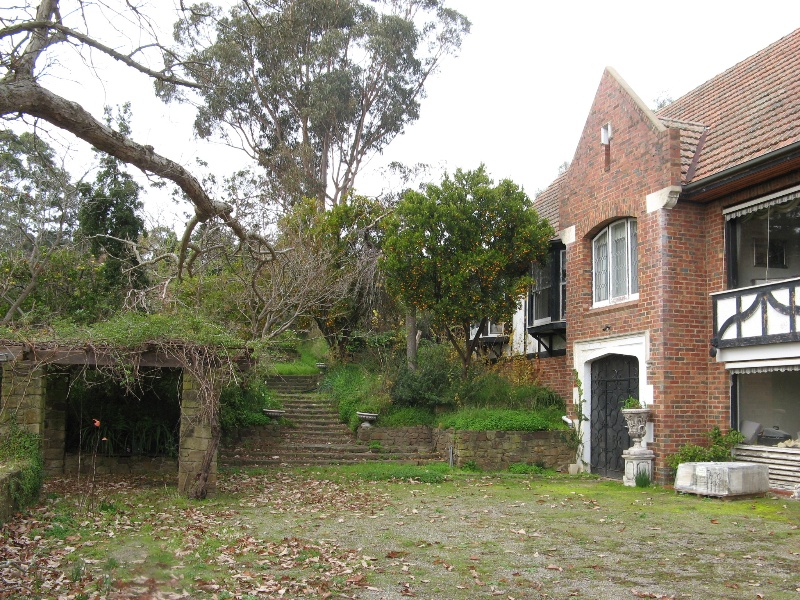 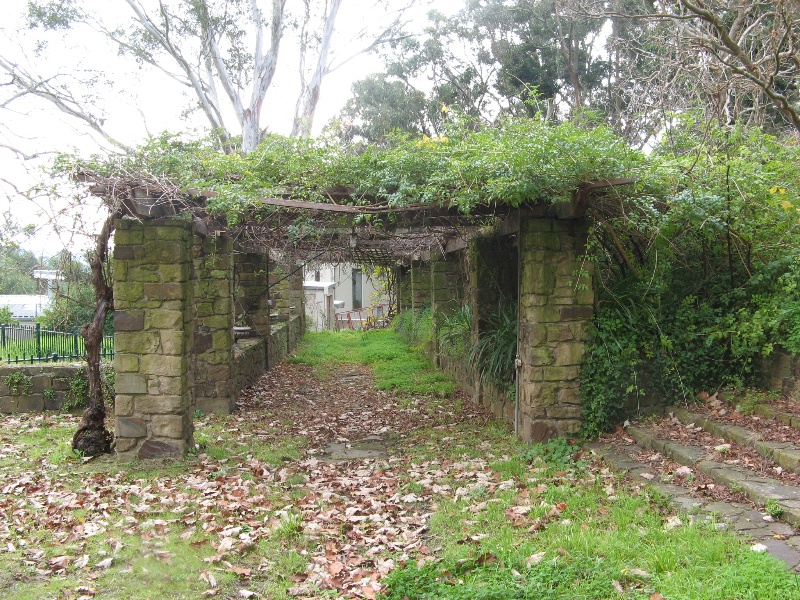 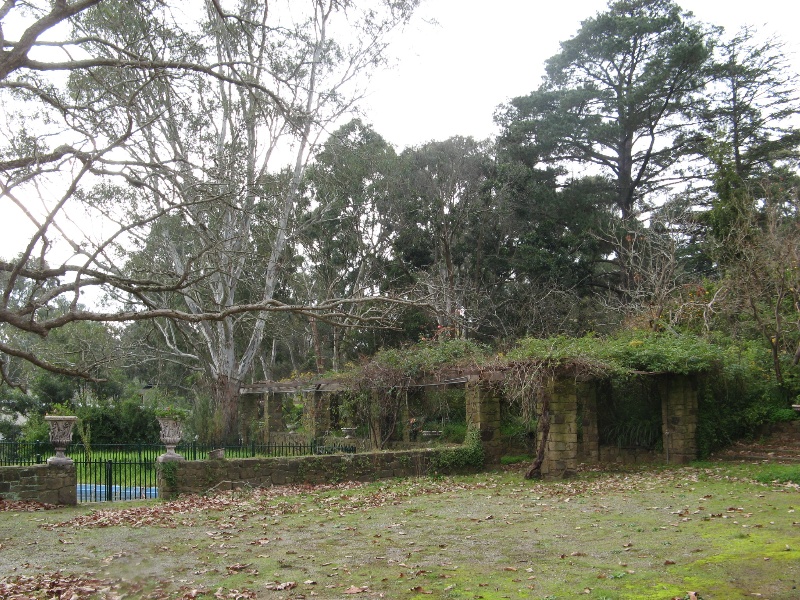 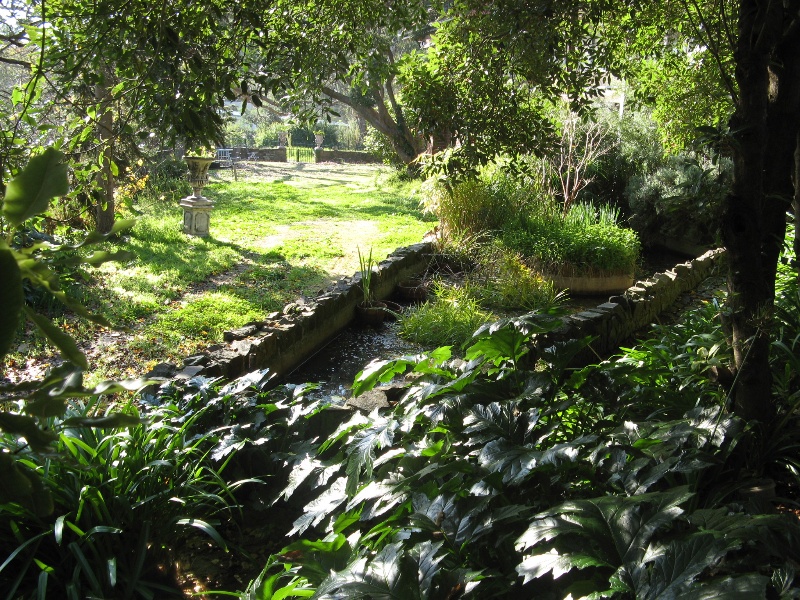 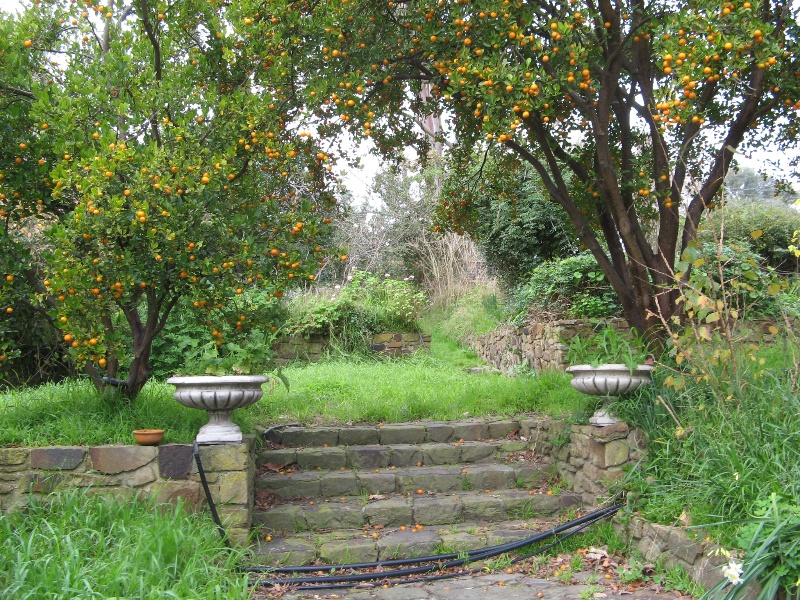 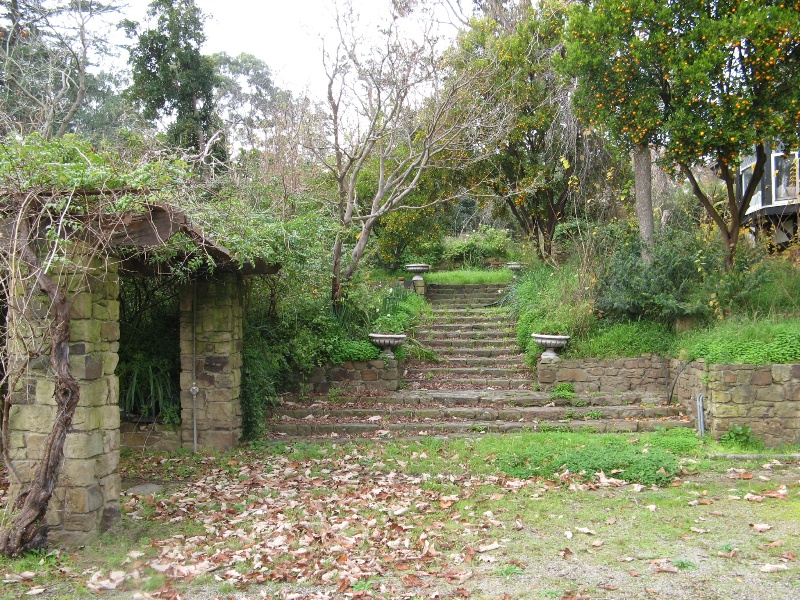 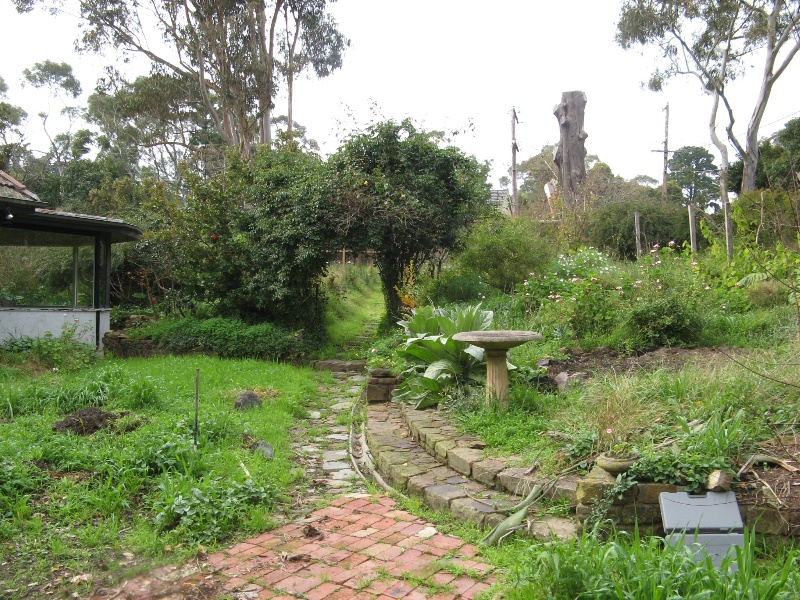 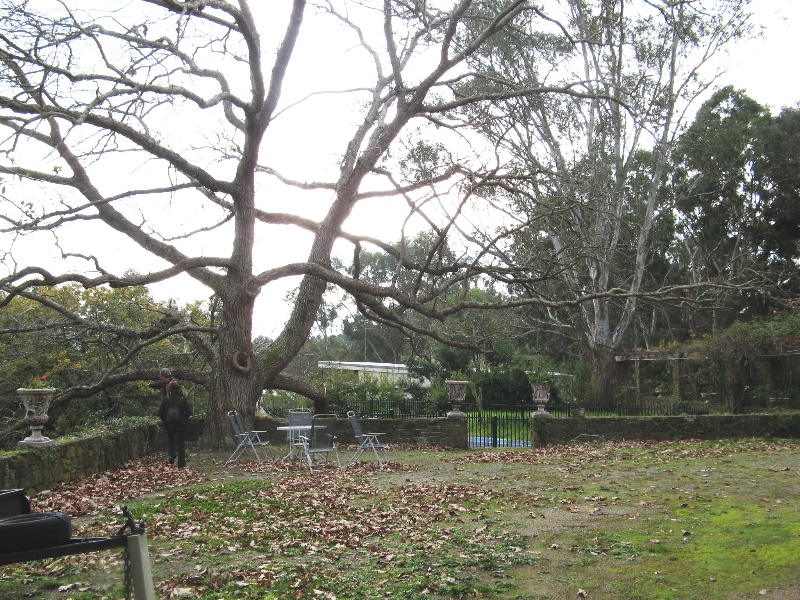 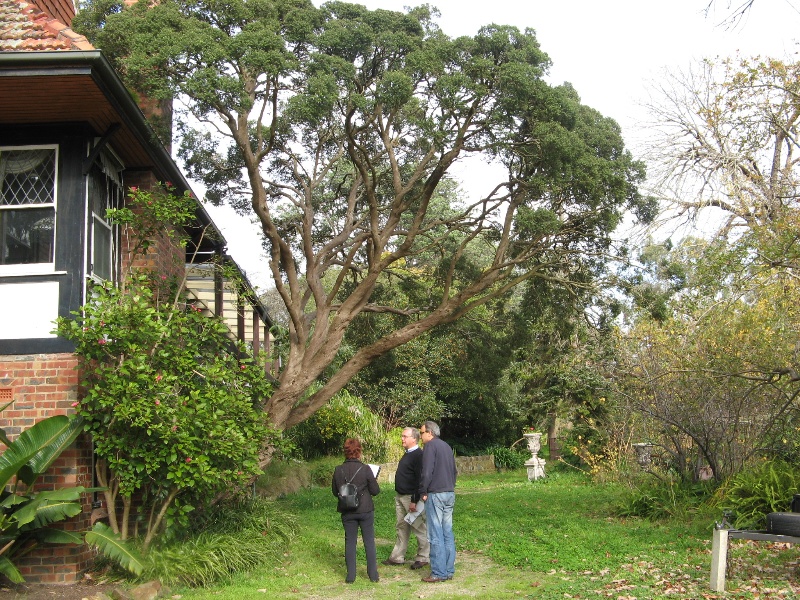 Menlo consists of a two storey brick Inter-war Old English style house with a surrounding garden designed in the early 1930s by the eminent landscape designer Edna Walling. The property is located beside the Yarra River at Templestowe, 15 km east of Melbourne.

The house and the garden were built in about 1933 for the sisters Evelyn and Doris Notcutt. Evelyn had studied horticulture at Burnley Horticultural School, which Edna Walling also attended between 1916 and 1917. The property was then 4.5 hectares and was known as Orwell Park, which appears to have been the name of their family property in Wangaratta. The garden is known to have been designed by Edna Walling, though there are no surviving plans. The stonework was carried out by Eric Hammond, who was the contractor for almost all of her landscaping works. The architect of the house is not known. In the early 1950s the Notcutt sisters subdivided the property, sold off the house and 0.8 ha on the east of the site, and built a new house for themselves on the adjacent property. The old house, renamed Menlo, was owned by the Benjamin family until 1998. In 2000 Menlo underwent further subdivision, and two lots were sold on the northern part of the site where the tennis court had been located. The house and all of the structural stonework of the original Walling garden around it were retained within the Menlo property boundary. The property was sold again in 2008, by which time the condition of the garden had deteriorated but the structural elements were still largely intact.

Menlo now comprises a two-storey brick house and surrounding garden on a 0.45 ha site sloping down to the Yarra River. The house is in the south-east corner of the site, and is approached by the main drive, bordered by a low stone wall and curved garden borders, past a raised stone pond and opens out to a wide gravel terrace bordered by low stone walls which provides a forecourt to the ground storey of the house. The garden is divided up into a series of terraces with stone retaining walls and steps. The dominant architectural structure in the garden is an elaborate pergola of grand proportions with typical Walling-style stone pillars supported on each side by stone retaining walls and topped with sawn timber. This is aligned with the main entrance to the house. The swimming pool below the main terrace was added by the Benjamin family. An outstanding tree is a rare mature White Swamp Oak (Quercus bicolour) which overlooks the swimming pool and main terrace and frames the views towards the river. From this terrace a wide stone staircase leads up through several smaller terraces, where the gardens retain Walling's dense plantings of Magnolias, Camellias, Malus, Buddleja, Cotoneaster, Viburnum, Philadelphus and Spiraea species. On the first terrace there is an open strip of lawn bordered by a row of citrus trees (Cumquat, Grapefruit, Orange and a rare Chinese Bitter Orange). The rear courtyard is the most altered section of the garden, although some paving, curved steps, retaining walls, a tea tree fence and the remains of a rose garden remain, and the plantings are reminiscent of Walling's style. To the north-west is a 'wild' area without any structural elements, on a steep slope with a pathway leading down to the river.

Menlo is of historical, aesthetic, and scientific (botanical) significance to the state of Victoria.

Menlo is historically significant as an early example of a highly structured garden designed by Edna Walling, one of Australia's most important and influential garden designers of the twentieth century. She was also a popular writer, talented photographer and important landscape critic and conservationist. Menlo is one of the finest and most intact of Walling's structural gardens, in which stonework structures dominate the design and divide the separate compartments. The stonework in the garden was constructed by Eric Hammond, who was the sole contractor for almost all her jobs. The garden has been subdivided from its original 4.8 ha to 0.45 ha, but the area around the house retains all of the original structural elements and plantings.

Menlo is aesthetically significant as a demonstration of Edna Walling's design skills, in both the structural elements and use of plants. Walling is renowned for her use of stone, which she used to give structure to the garden and was then softened with dense plantings. This is demonstrated on the steeply sloping site at Menlo by the formal structures such as the stone pillars and timber pergola, stone walls, paving and steps. The long and substantial pergola, the wide formal steps and retaining walls, and the straight and curved steps in the garden are of exceptional craftsmanship and quality, rarely seen in other gardens in Victoria. The wild garden to the west demonstrates the importance of such areas as a contrast to the more structured parts in Walling's garden designs. Menlo is significant for the association between the house and the garden, which was always important to Walling.