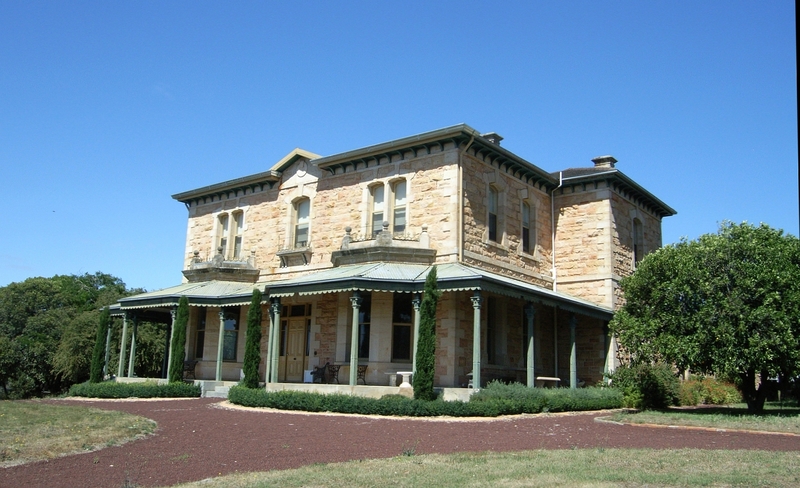 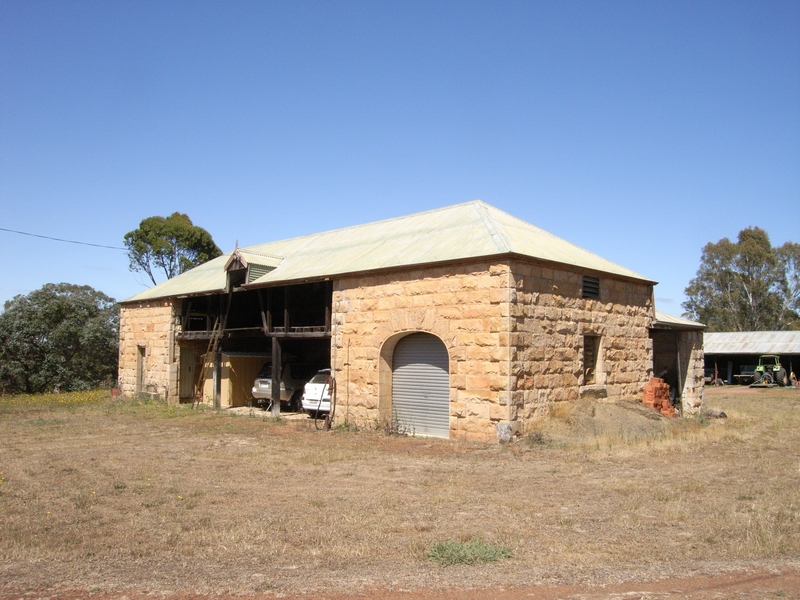 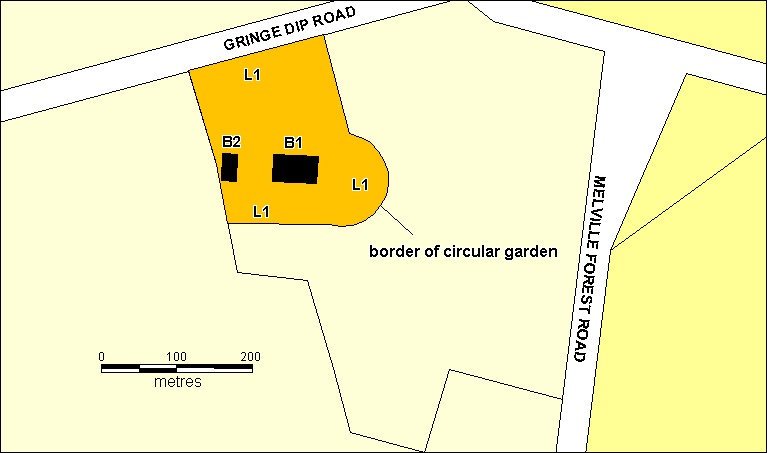 What is significant?
Gringegalgona homestead was built for Duncan Robertson, a successful Western District pastoralist who acquired the Gringegalgona pastoral run with about 40,000 acres in c1861. The house was built to replace the original homestead, the archaeological remains of which survive in the grounds. It was the grand centrepiece of a squatting run, which even by the early twentieth century still comprised 28,000 acres of open woodland country watered by dams, tanks and waterholes, and was stocked with 25,000 merino sheep. The grounds today comprise a small fraction of this area.

The house is a two storey mansion built of sandstone quarried locally from the Dundas Range. It is the only large house known to have built using this stone. It was begun in 1873 and the design has been attributed to a South Australian architect, WT Gore. The house is a vigorously formal expression of the Italianate style. It is raised up on a terrace and visually dominates the site. The formality of the house is one part of the overall axial design for the landscape and garden. Behind the house, the stables are also arranged along the same axis.

The overall park of Gringegalgona homestead is bounded by a circular fence and partly by mature conifer plantings that act as a backdrop to the house. The curving drive terminates in front of the house as a turning circle comprising of three circular beds. The house is on an axis with Mount Melville in the Dundas Range, visible in the distance. A Monterey Pine, Pinus radiata, the two Deodar Cedars, Cedrus deodara and a fine Hackberry, Celtis occidentalis reinforce this axis. The area to the front and side of the house once included fruit trees.

The designer of the garden is not known. However, the house and garden were clearly to be seen as one, as demonstrated by the bullseye detail in the gable over the front door. An oversize keystone possibly represents a house within a circle, arguably the Gringegalgona villa in its landscape.

The main hallway of the house has a comprehensive faux marble decorative scheme. The walls and columns have contrasting finishes, and the scheme has been restored to a high standard. The artist's name, W Robbie, is scratched into the plaster at the base of one of the columns.

To the south of the house is the site and archaeological remains of the original homestead, possibly built in the 1840s.

How is it significant?
Gringegalgona homestead is of architectural and aesthetic significance to the State of Victoria.

Why is it significant?
Gringelgalgona homestead is architecturally significant as an unusual expression of a Western District pastoralist's homestead. The design, a very formal and symmetrical expression of the Italianate style, is in contrast to the prevailing picturesque, asymmetrical Italianate homesteads of the Western District such as Wooriwyrite, or the picturesque Gothic style such as Narrapumelap. The use of the light coloured sandstone is very unusual, contrasting to the conventional bluestone used for the construction of large houses in the Western District. The heroic, romantic siting of the house, seeking to dominate the surrounding landscape with its strong axial layout, is in contrast to the picturesque siting and arrangement of homesteads like Carranballac or Kolor.

Gringelgalgona homestead is aesthetically significant for its intact interior, particularly the main entrance hallway. The faux marbling decorative scheme is amongst the most extensive surviving schemes in Victoria. Survival of these schemes on any scale is rare. It is testimony to the artistry and skills of Victorian interior decorators, and to the value placed on aesthetic finishes, such as marbling and wood graining, to Victorian interior taste.

Gringelgalgona homestead is aesthetically significant for its garden. The layout, whilst not on a grand scale, is possibly unique in its use of a circular garden enclosure around the homestead. It also includes the only known example of three turning circles (lawns) at the front of the homestead. No other examples of this layout are known in Victoria, and no other examples are believed to exist in Australia.
Show more
Show less
All information on this page is maintained by Heritage Victoria. Click below for their website and contact details.

Simon Cadden built the first homestead and his grave is on site. He was the first squatter here and had licence for 65000 hectares. Any further information appreciated.