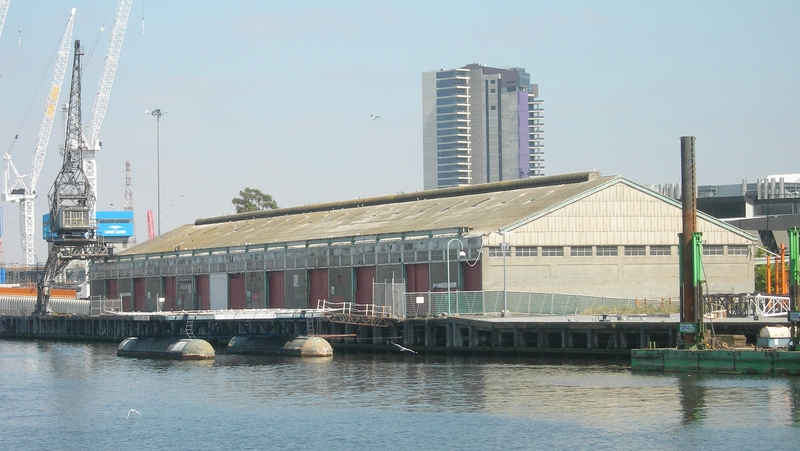 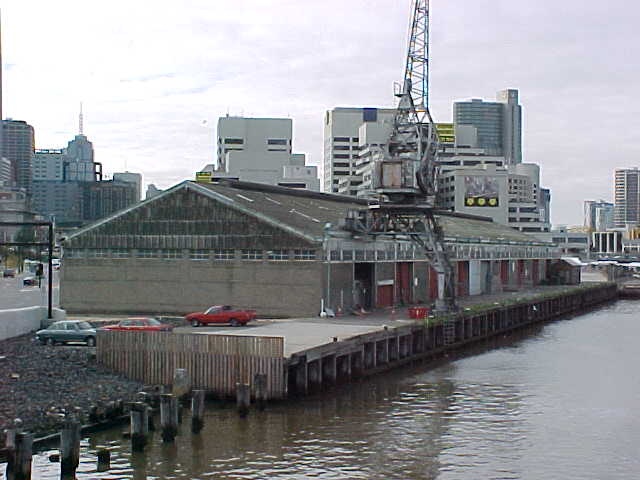 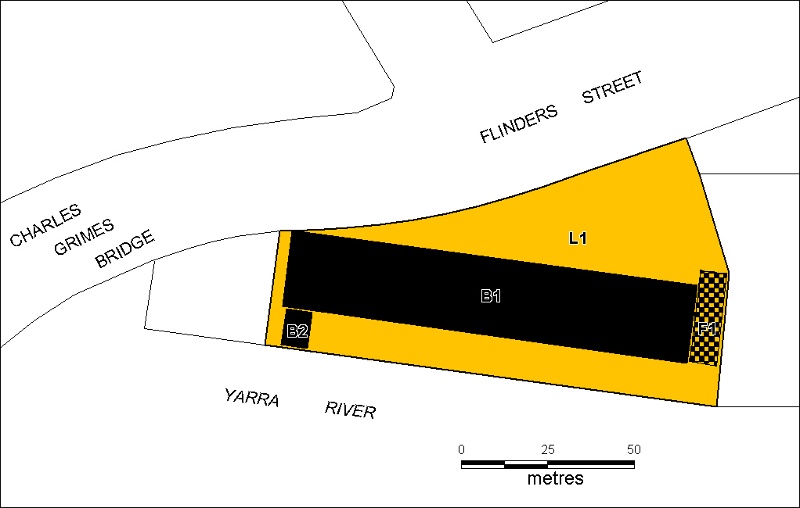 What is significant?
Berth No.5 North Wharf consists of a shipping berth, a concrete and timber wharf apron, a steel framed cargo shed and an electric travelling crane. The area has been a wharf since 1855 dealing mainly with domestic cargo. The current built fabric dates from the immediate post war era but there appears to be earlier bluestone paving under later bitumen. The 1948 crane was locally designed and built by Malcolm Moore Limited. The steel work for the shed was fabricated by Melbourne firm Charles Ruwolt Pty Ltd. The berth was made redundant by the closure of the river below the Charles Grimes Bridge in 1975.

How is it significant?
Berth No.5 North Wharf is of historical and scientific (technological) significance to the State of Victoria.

Why is it significant?
Berth No.5 North Wharf is historically and technologically important as the most complete and intact cargo berth in the Port of Melbourne remaining from the pre-containerisation era. It remains essentially unchanged since its redundancy as a cargo berth. It is unusual for the retention of its original semi-portal electric crane. The berth is important for its ability to demonstrate the cargo handling methods of the pre-containerisation era.