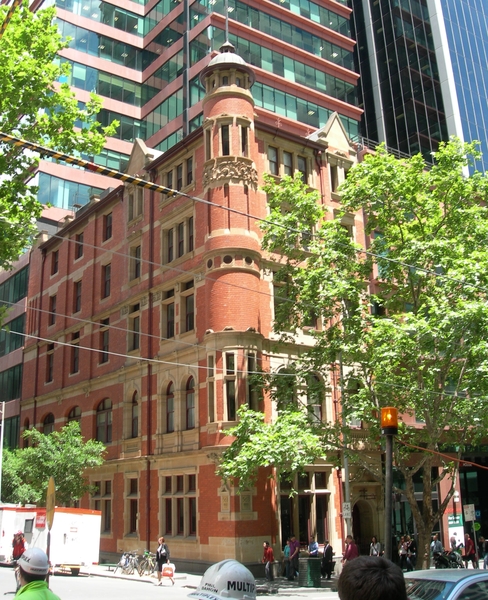 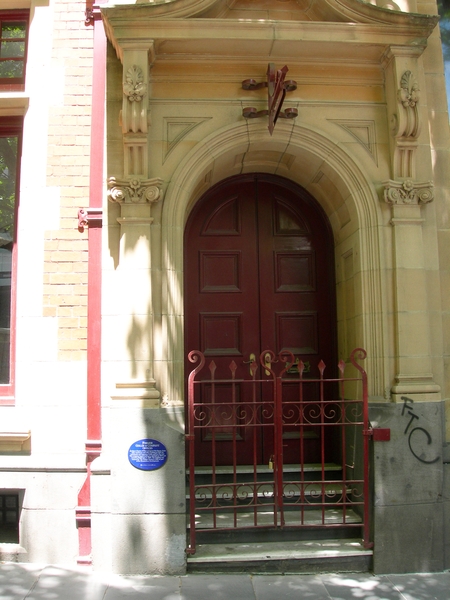 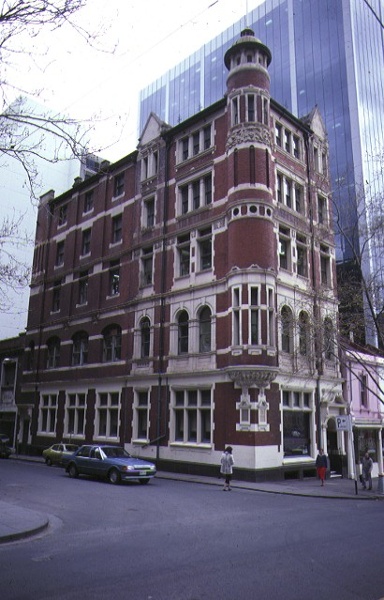 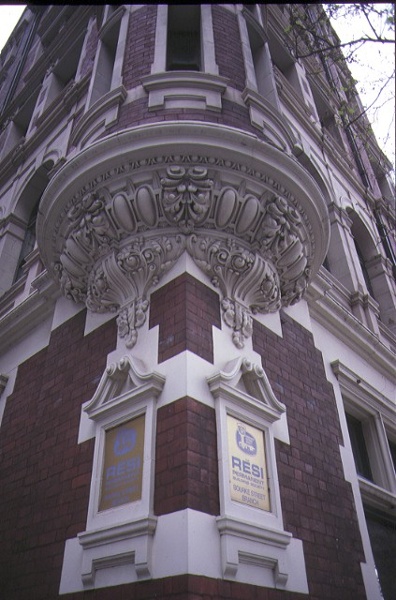 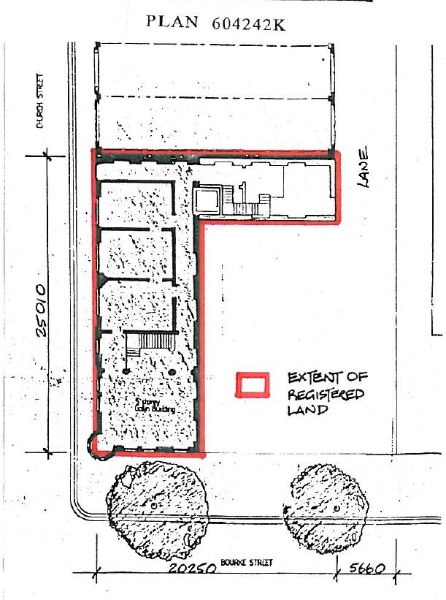 The Former Gollin and Company Building was designed by Charles D'Ebro and built in 1902 by Clements Langford. It is a five storey building, constructed of load-bearing brick with steel floor joists. It is decorated with stucco details, including elaborate main door and window surrounds, gables, and string courses at impost and sill heights. Features of the exterior are the corner sign surround front door case with a swan-neck pediment, metal eaves brackets and particularly the tourelle, which has an elaborately decorated base, foliated band, windows of different shapes and a flagpole-capped cupola.

The Former Gollin and Company Building is of architectural and historical significance to the State of Victoria.

The Former Gollin and Company Building is of architectural significance as a now-rare example of a Queen Anne-style commercial building in Melbourne which possesses a number of distinctive features. It is a rather late example of the Queen Anne style, this particular form of architectural expression flourishing only briefly from the late-1880s. But perhaps because of this belatedness, the Gollin building displays the full development of the style. The use of the corner tourelle as the principal facade feature appeared in England in the 1890s, but the premature demise of the Queen Anne style's popularity amidst the collapse of the property market in the 1890s depression in Melbourne meant that it was an uncommon architectural feature here. The Gollin Building's tourelle is one of the very few, and perhaps most intact, surviving in this city. The diverse range of stylistic elements upon which the Queen Anne style drew is illustrated in this building particularly in the windows. The ground floor windows in particular are uncommon, while the first floor openings have a classical flavour and those on the second floor exhibit eclectic French Renaissance Revival traits. The upper two floors are more restrained. The Gollin building is, in sum, a skilled composition making great use of its corner site.

The Former Gollin and Company Building is of architectural significance as the work of Charles D?Ebro, an important member of Melbourne's architectural community from the 1880s until his death in 1920. D'Ebro won many awards and designed numerous important buildings. He was also a leading civil engineer and a surveyor. Some of his better known works include Princes Bridge, Georges in Collins Street, Prahran Market and Stonnington.

The Former Gollin and Company Building is of historical significance as an illustration of a successful general merchant and import firm of the late-19th and early 20th centuries. Gollin and Company had a diverse business, handling kerosene and oil distribution and shipment of fruit from Mildura to England, amongst other activities. The substance and impressiveness of this building was a specific expression of the company's prosperity and importance, and a general indication of the revived Victorian economy in the first decade of the 20th century, after the 1890s depression, and of the importance of import companies to an economy with limited industrial capacity.