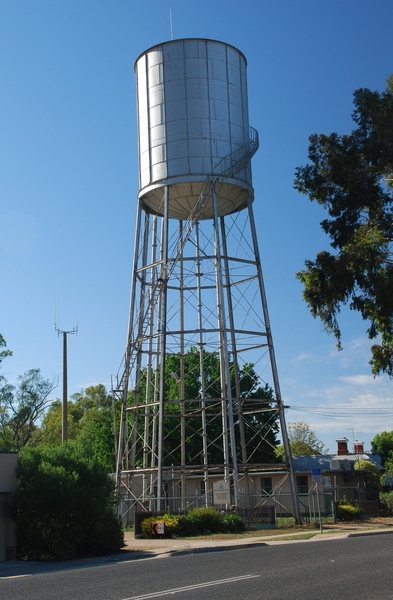 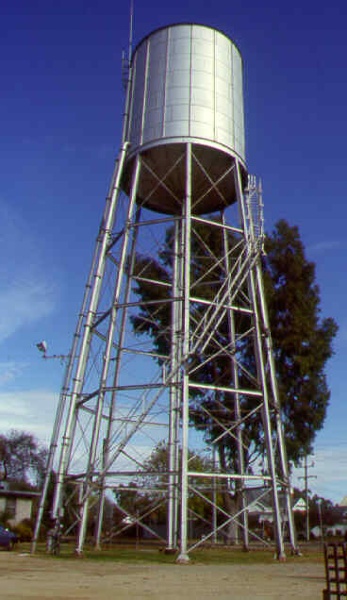 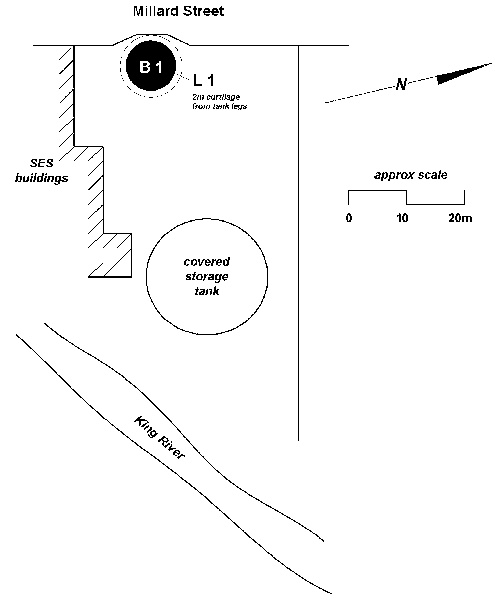 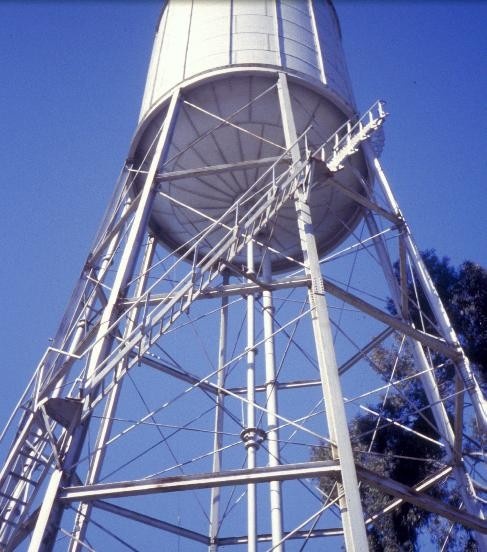 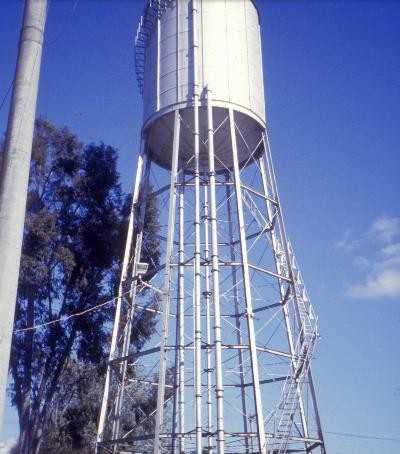 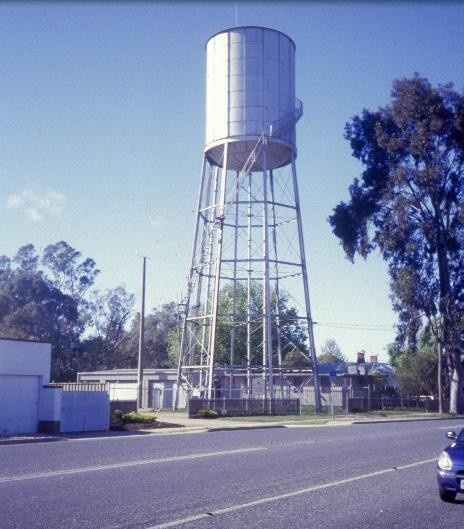 What is significant?
The Water Tower and Tank at 12 Millard Street Wangaratta consists of a tank constructed of curved steel plates tightly rivetted together to make waterproof joints, on a tower of eight splayed rolled steel joist legs carrying the unusual steel maker's brand of "A.H.A.V.". There is spiral steel access ladder. The structure, which was intended to improve reliability and pressure of the water supply, was built in 1903 to the design of Euroa engineer WC Howitt. The steel for the structure was fabricated and erected by the firm of A. Challingsworth of Richmond. The structure receives water directly from the King River. The original steam pump was replaced in 1930 by electric power.

How is it significant?
The Water Tower and Tank at 12 Millard Street Wangaratta is historically and scientifically (technologically) significant to the State of Victoria.

Why is it significant?
The Water Tower and Tank at 12 Millard Street Wangaratta is of historical and scientific (technologocal) significance for its early (1903) use of rivetted and rolled steel in this application and effectively demonstrates the technological change from the use of wrought iron or cast iron (materials of the 19th century), to steel (one of the main construction materials of the 20th century) and is one of only a handful of surviving all-steel water tanks and towers in Australia from this period. The steel legs of the tower were made from a rare early brand of rolled steel.

The water tower is of historical significance as an important landmark in Wangaratta. It is of interest for its association with Mrs Challingsworth who for many years in the late nineteenth and early twentieth centuries managed the firm of her late husband in an industry traditionally dominated by men.