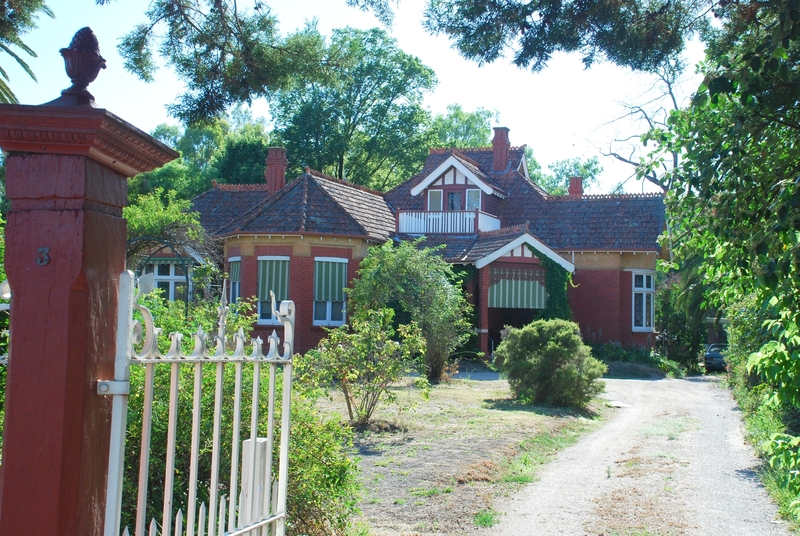 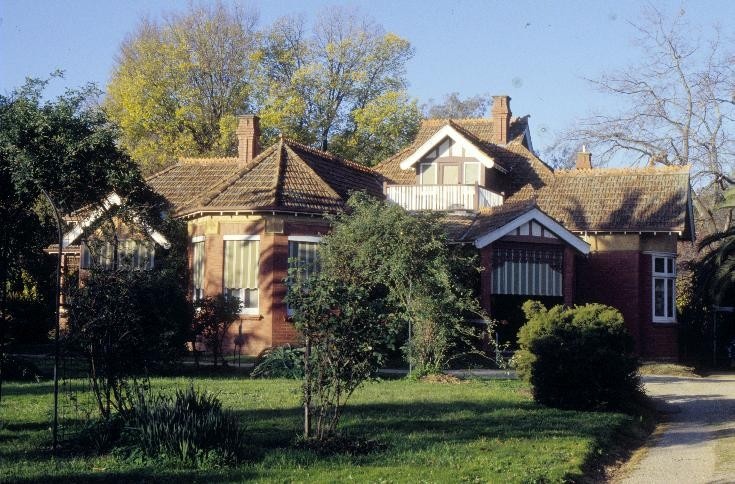 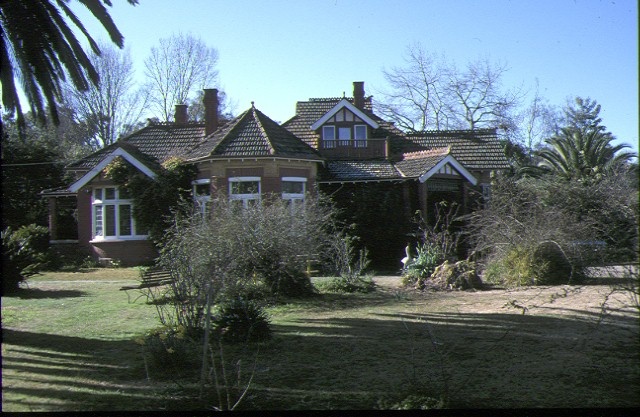 Warra was erected in 1908 for Harold A Murdoch, a Wangaratta solicitor. The land on which the house was built was acquired by Murdoch's father William in 1867 and originally comprised ten acres. The contractor for the house was Francis Hardess, the brother-in-law of Murdoch, and the lead-lighting and stained glass were executed by his brother Charles Hardess of Hardess and Lording. HA Murdoch was a partner in the firm Murdoch and Graham and was active in local affairs and a member of the Wangaratta Masonic lodge. After his death in 1935 the house passed from the family and was later converted into two flats although no great structural alteration took place.

Warra is a notable provincial example of the Queen Anne Domestic Style which, although consistent with the genre of the style, is more rambling and diverse in its elements than the typical city example. It is constructed of brick with a terracotta-tiled roof and has a single principal floor with an attic and cellar. The house is planned with a variety of bays and projections about a central half-gabled form each of the projecting gables are half-timbered and a rough-cast rendered bank runs below the eaves. The two entrances have verandahs with the main entrance offset on a diagonal axis. The roofs have decorative terracotta ridging and there is a roof deck leading from the upstairs attic. The verandahs are decorated with a slatted cast-iron frieze of Art Nouveau inspiration and their floors laid with red encaustic tiles. The rear verandah is a later addition. The interior of the house is substantially intact. The picturesque style is consistent inside with coffered ceilings, a simple medieval timber staircase and dark timber veneered dadoes applied to the walls of the passage and billiard room. The windows are of Art Nouveau inspiration and employ violet and pomegranate motifs. The wallpapers are largely intact in the principal rooms and the door furniture and bathroom fittings are original.

The most distinctive features of the interior are two mantelpieces in the living rooms carved by Robert Prenzel. One is decorated with water lilies and the other has as a central motif an aboriginal with further embellishments of gumnuts and native fauna and bears the date 1908. Prenzel is recognised as one of the greatest exponents of the gum-nut Art Nouveau style of decoration during the Federation years and the Warra pieces are early in his stylistic development. The approach to the garden has altered and the original gateposts have been moved to a new entrance but the garden still retains much of its original layout. Warra is an important provincial example of a large Queen Anne house which shows many of the architectural influences of the time but is resolved in a manner that illustrates its provincial setting, a distinction that sets it apart from the typical Melbourne example of picturesque genre.