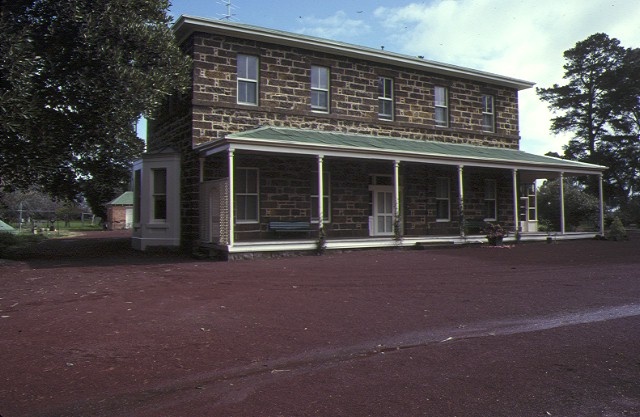 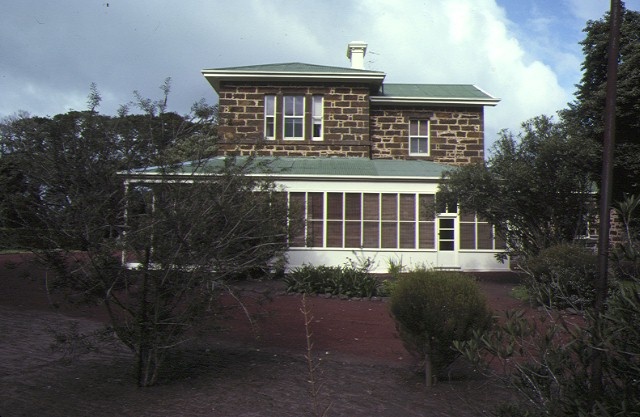 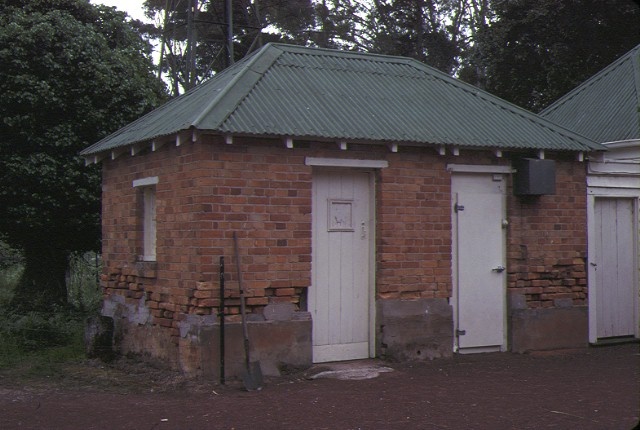 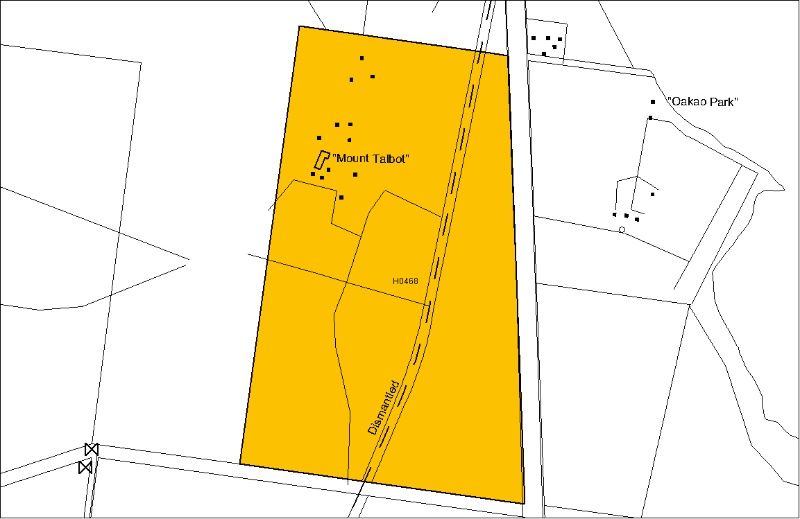 The "Mount Talbot" pastoral run at Toolondo was acquired by Dr Robert Officer in 1847. In 1859 his sons Charles and Suetonious took over the property and apparently in c.1862, Charles Officer had erected a substantial two storey bluestone mansion, with encircling timber verandah, as an addition to the original single storey homestead. The Hamilton surveyor (and later influential Melbourne architect) Joseph Shanks Jenkins designed this homestead using contemporary pattern book sources.

"Mount Talbot" is one of only approximately sixteen homesteads in Victoria still in the hands of descendants of the original selector. Charles Myles Officer, a noted pastoralist and pioneer of water irrigation in the Murray River region, lived at Mount Talbot until 1873. The squared bluestone homestead with unusual bonding pattern, is derived from Australian colonial homestead traditions and enhanced by Italianate side bay windows and timber verandah in an architectural composition of characteristics of the western district in the 1880s.

"Mount Talbot" homestead is maintained in good condition and is intact. Significantly, one of the few remaining Morewood and Rogers iron tile roofs is still intact on the timber slab stables.