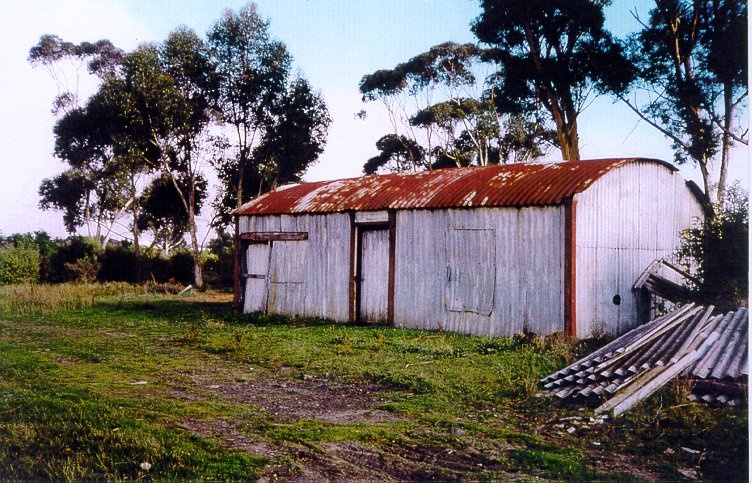 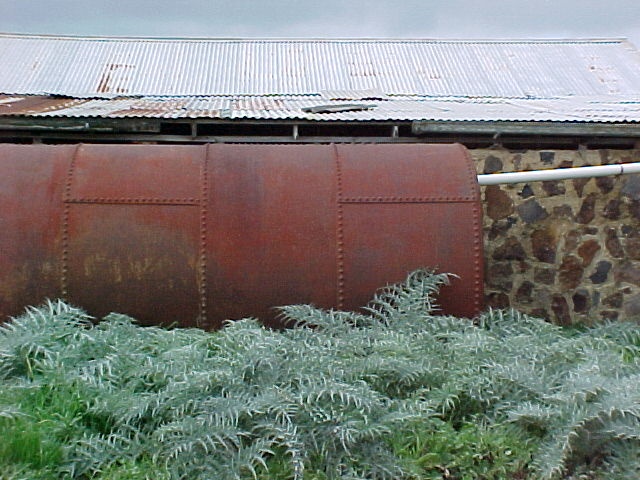 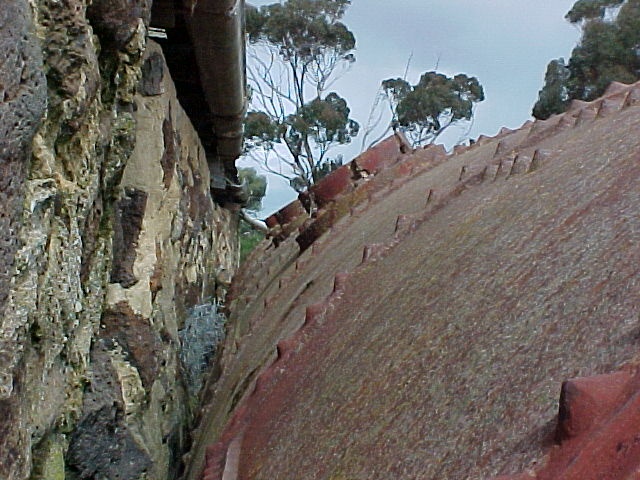 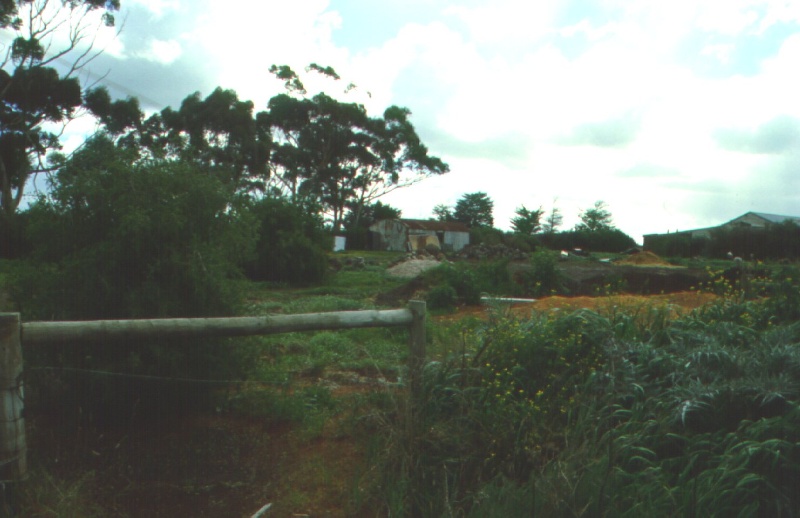 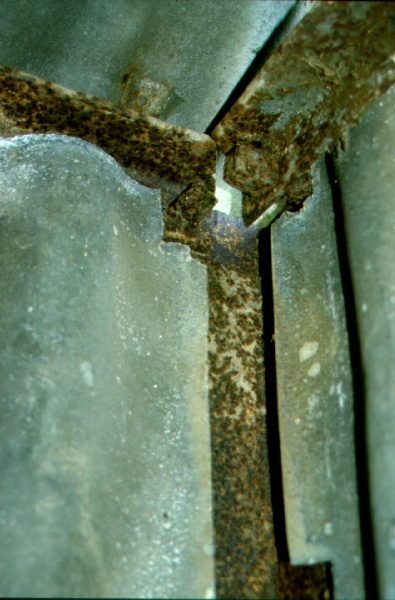 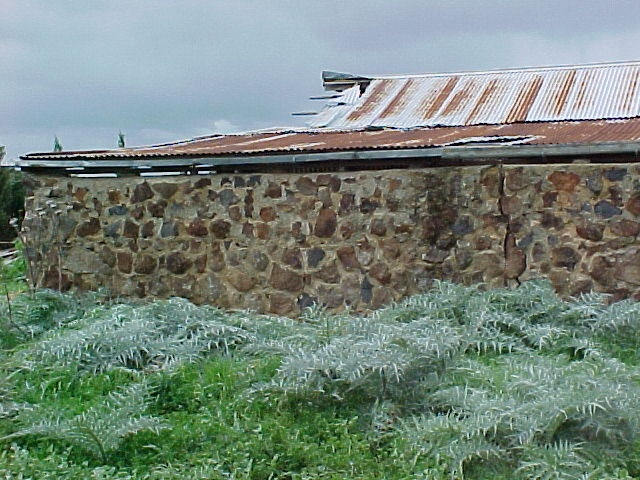 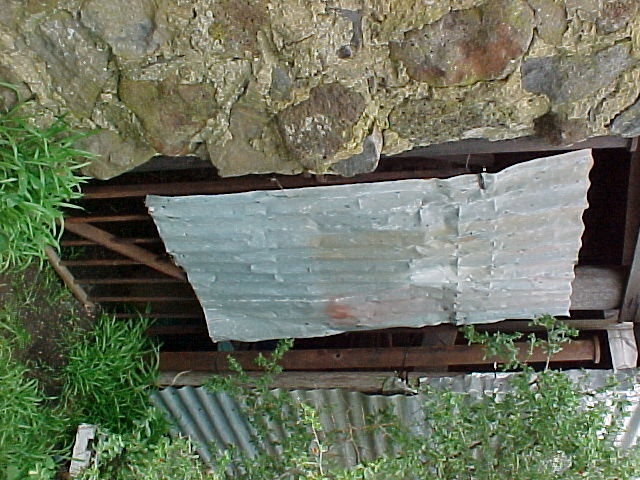 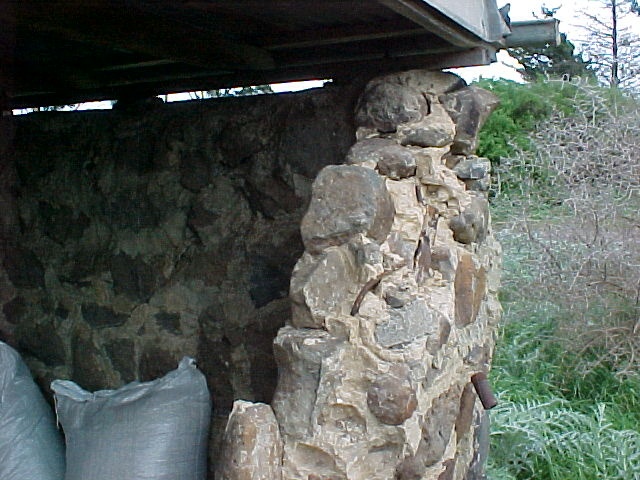 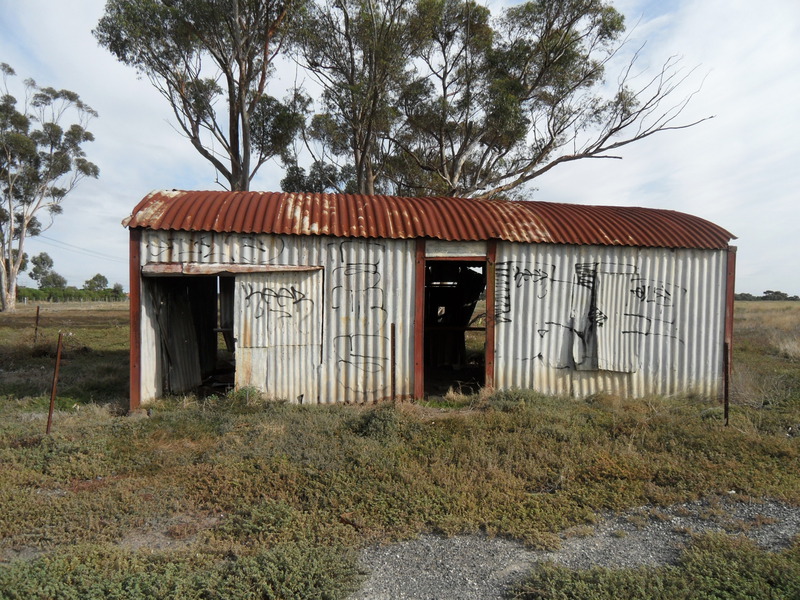 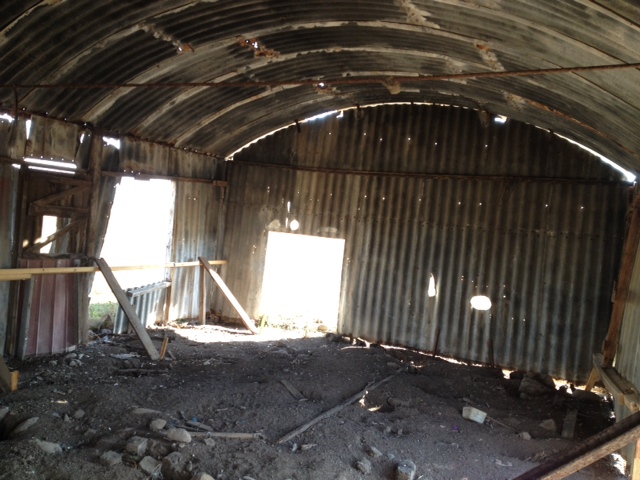 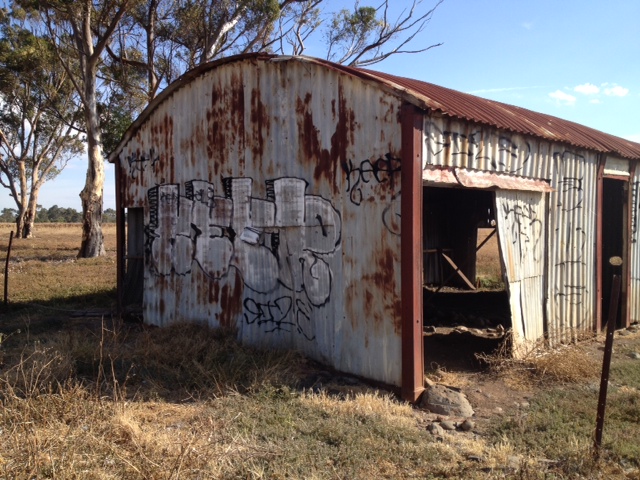 The prefabricated cottage isa prefabricated building imported to Victoria in the early gold rush period, most probably from England.

There is circumstantial evidence that the cottage may have been part of the Keilor Plains police station, which was established three miles along the road to the goldfields from Keilor in 1853. That station is known to have included corrugated iron and timber and iron buildings and must have been located within a cooee of the site of the cottage. The police moved to a site in the township of Keilor in 1858, taking a number of the buildings with them. If the cottage was part of that complex, it is unlikely that it was left on the Keilor Plains site. The station was moved again to a site next to the courthouse in 1862-3, and was closed in 1873. The cottage now stands in the scattered remains of a later homestead complex, with the only other standing building a twentieth century stables/shed.

The cottage is rectangular in plan with external walls and arch roof of galvanised corrugated wrought iron with a 5inch pitch. The structural frame comprises horizontal wrought iron angle top and bottom plates bolted to vertical cast iron corner angles and intermediate supports. The cast iron pilasters have slightly recessed panels terminating in semicircular arches. The interior is lightly framed in timber to take the windows and a timber or fabric lining. Internally there are large hand painted numerals on various components likely to have aided in assembly. The framing, windows and two fireplace openings indicate that the building was probably used for residential purposes.

The prefabricated cottage is of historical and scientific (technological) significance to the State of Victoria.

The prefabricated cottage is of scientific (technological) significance as a rare example of a single storey prefabricated iron cottage with corrugated iron arch roof.

The Prefabricated Cottage at Keilor is of scientific (technological) significance as a rare example of a corrugated iron clad and timber lined prefabricated cottage with cast iron uprights. The cottage is of particular interest as an example of a relatively unsophisticated prefabrication design. The cottage is significant as a possible antecedent for the more sophisticated buildings with cast iron uprights imported during the gold rushes.

The prefabricated cottage is a relatively intact and unencumbered surviving example of the prefabricated buildings used during the gold rush era and hence is of scientific (technological) significance for its capacity to demonstrate the technologies of their manufacture and use.