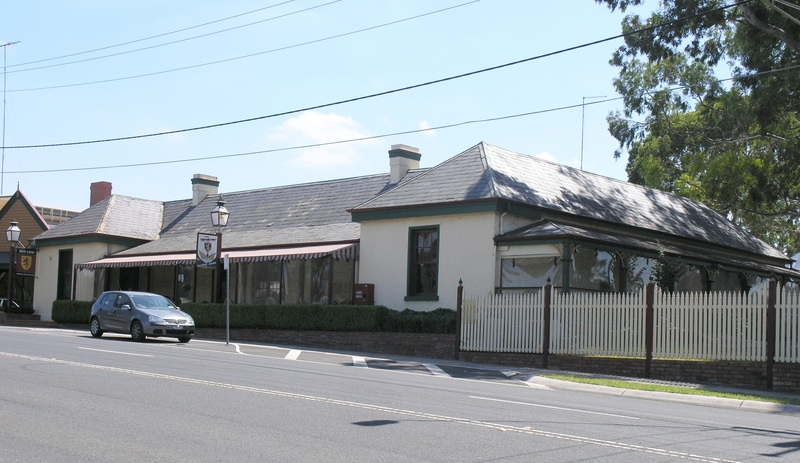 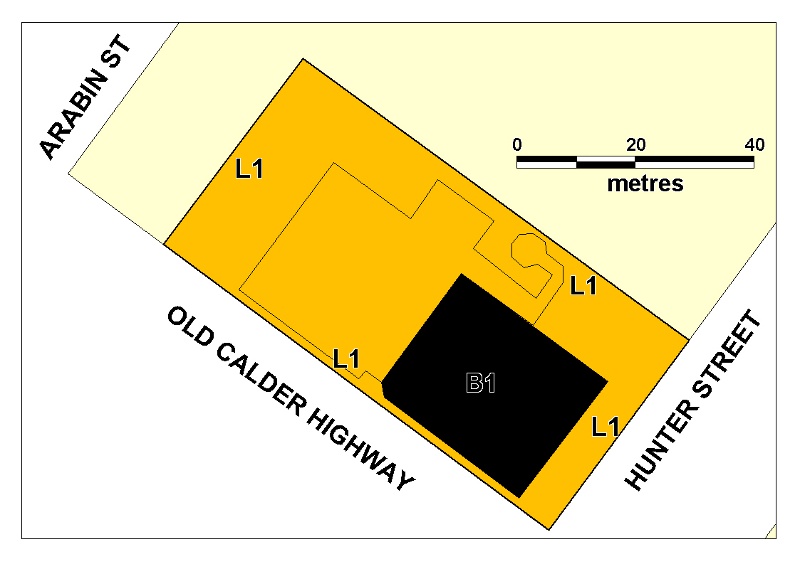 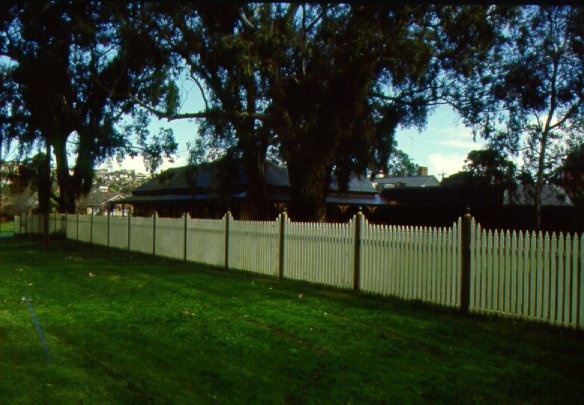 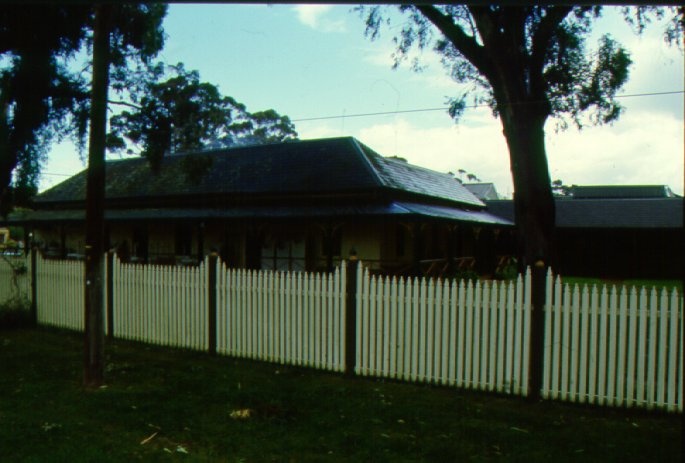 What is significant?
Keilor Hotel is a Georgian-style single storey bluestone building with a slate roof and two projecting hipped bays on either side of a recessed verandah. The hotel, believed to have been constructed in 1848, is located on the main road to Macedon, now the Old Calder Highway, a site chosen so as to attract passing trade, and was an important stopping place for travellers en route to squatting runs to the north and west of Melbourne and later to the central Victorian goldfields. The bluestone walls have been rendered but the hotel clearly retains its original form and is still in operation.

How is it significant?
Keilor Hotel is architecturally and historically significant to the State of Victoria.

Why is it significant?
Keilor Hotel is architecturally significant as a representative and relatively intact example of an 1840s public house.

Keilor Hotel is historically significant as a rare example of a wayside inn opened in the squatting era. It is also a rare example of a wayside inn which was heavily patronised hotel by travellers to the central goldfields during the 1850s and 1860s. It is strongly associated with the history of Keilor as a major stopping place on the route to the central goldfields of Victoria and demonstrates the arduous nature of travel to the goldfields in the 1850s.