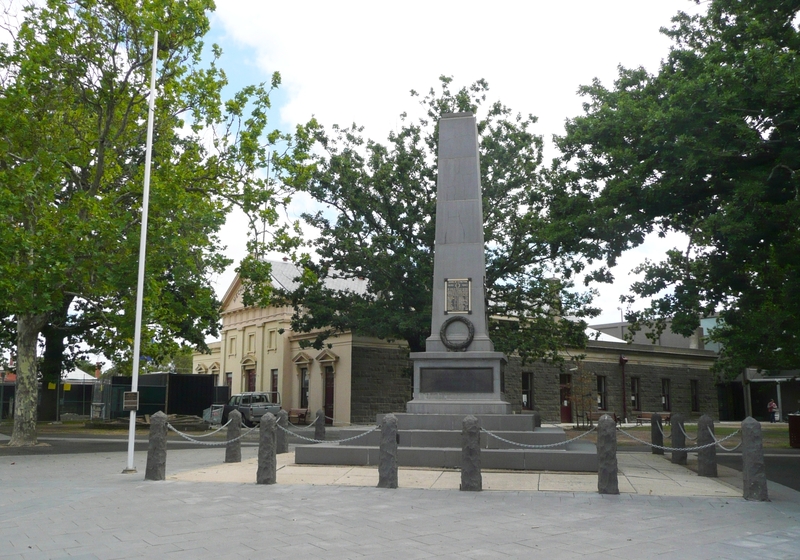 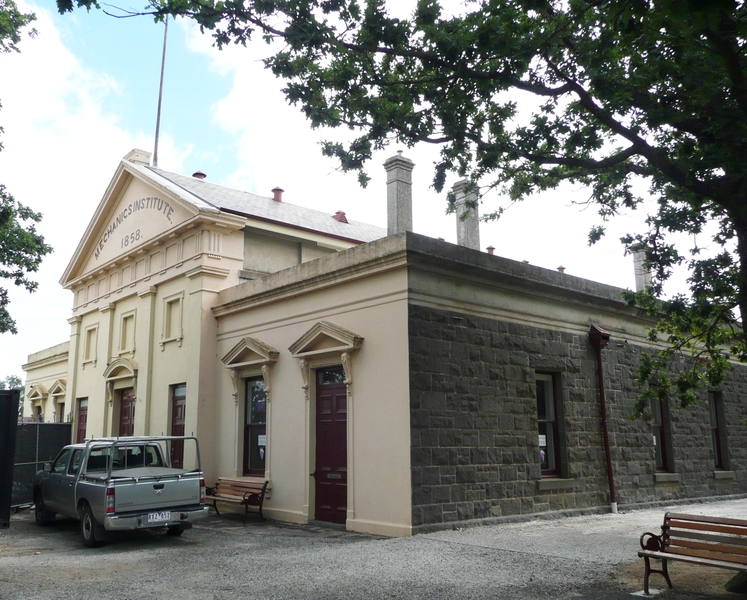 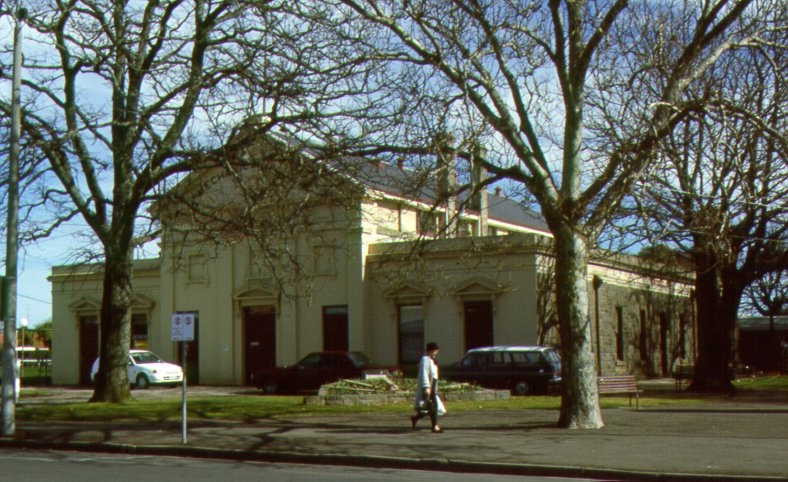 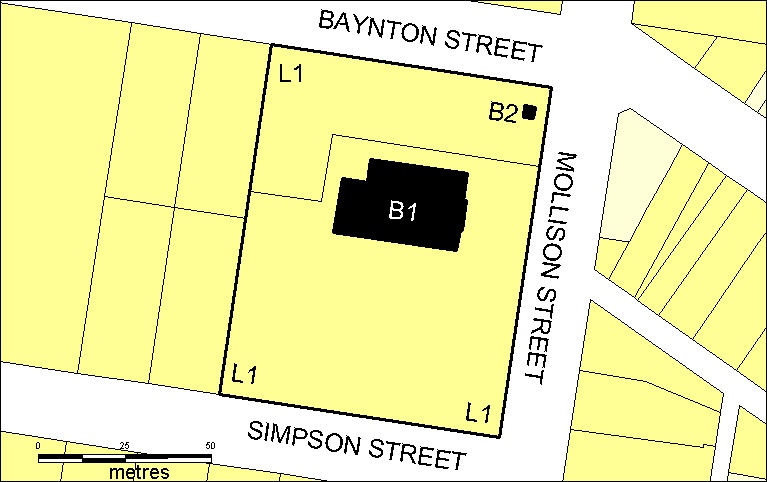 What is significant?
In February 1855 a committee was formed to set up a mechanics institute in Kyneton. The government had reserved a 1½ acre site for a mechanics institute and experimental gardens. The first building of the institute was completed in 1858 to a design by architect Andrea Stombuco. In 1864 the hall was lengthened and in 1867 a timber south wing added. A fire destroyed a large part of the building in 1867. The institute was rebuilt in 1868 with the annexes constructed of stone. The architect JG Farquhar designed the work. In 1874-75 the south wing was built to a design by architect and institute member William Pritchard. In December 1876 another fire destroyed many of the books and furniture and almost all the building apart from the south wing. The institute was rebuilt in 1877 to plans prepared by architect William Pritchard and the extant building dates largely to this phase of construction. In February 1887 the front of the building was cemented as were the chimneys and parts of the walls under the hall windows. Redecoration work in the hall took place in 1890 under the supervision of architect William Thirkettle. The work included a frieze on the dado and decoration to the proscenium and front of the gallery. In 1892 a billiard room was opened in the building and a lantern roof constructed over the room. Another fire in 1897 damaged the roof of the main hall. The committee of the institute appointed architect W. Tonks to prepare plans for a new roof covered in slate and the north and south wings in galvanised corrugated iron. A two storey Dutch gable roof structure was added to the front of the building c.1915 to house a projection box for picture shows. This was removed sometime in the 1950s or 1960s. The land adjacent to the institute has been used as a bowling green since 1876. A rotunda was constructed in front of the building in the 1890s but removed in 1923. A World War I memorial designed by architect Stewart Thomson of Melbourne in the form of an obelisk was completed in 1924.

How is it significant?
The Mechanics Institute is of historical, social and architectural significance to the state of Victoria.

Why is it significant?
The Mechanics Institute building has historical and social significance for its strong association with the Mechanics Institute movement and the important role it played in the intellectual, cultural and social development of Victorians throughout the latter part of the nineteenth century and the early twentieth century. Cultural institutions, such as mechanics institutes, flourished after the gold rushes and the increase in their construction corresponded with the consolidation of towns founded on Victorian goldfields. The rebuilding of the institute after the fires of 1868, 1876 and 1897 demonstrates the importance it held in the community. The building also has historical significance as one of Victoria's early mechanics institutes and one of the largest. The library, commenced in 1858, is a rare example of an early and continuing lending library and its significance is enhanced by the survival of an original collection of over 800 volumes. The Kyneton Mechanics Institute is historically significant for its ability to express the growth and development of a country township during the early years of the gold rush to an established town. Kyneton was gazetted as a town in 1850 and serviced the surrounding agricultural community. It boomed during the gold rush as an important service town for the gold fields.

The Kyneton Mechanics Institute has social and historical significance as a library and cultural centre playing an important role in the community since its establishment in 1854. A number of prominent people in literary, artistic and cultural circles were associated with the building, including early committee member Archibald Chisholm (husband of Caroline Chisholm), and subscribers such as writer Joseph Furphy, artists Clara Southern and Ellis Rowan.

The Mechanics Institute has architectural and aesthetic significance for its design, details and setting. The building enjoys a prominent position in the town and its setting, in the midst of a bowling green and reserve with a striking war memorial, both adds to the aesthetic value and allows significant vistas to the building. The building is a rare example of the Victorian Greek Revival style being used for a mechanics institute building. The Greek Revival style used in this context is perhaps a symbolic reference to the ancient Greek temple of Athene, a place of teaching and a link to the goddess of wisdom Athena (until 1860 the Kyneton Mechanics Institute was known as the Athenaeum). The rendered front facade is of particular significance with its substantial pediment supported by an entablature with triglyphs and metopes and bold Doric pilasters. The interior of the building, despite various alterations, largely retains its layout and many original or early features survive. The hall displays a high level of integrity and includes important features such as the striking Queen post roof trusses, coved timber ceiling, tin-lined proscenium, architraving and dados.