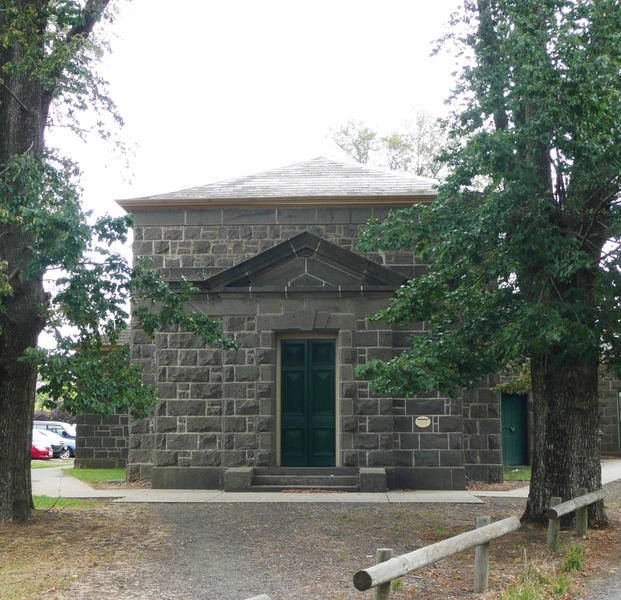 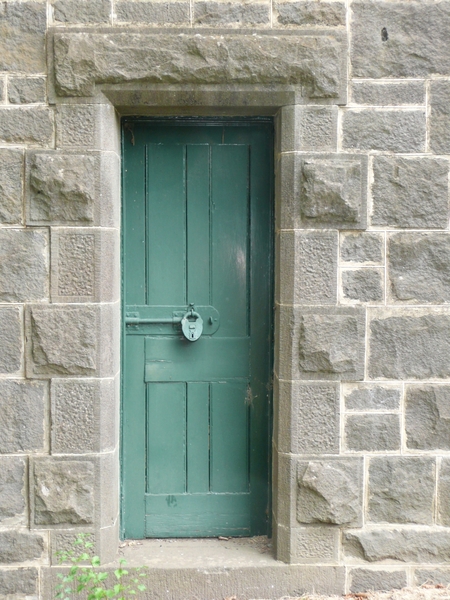 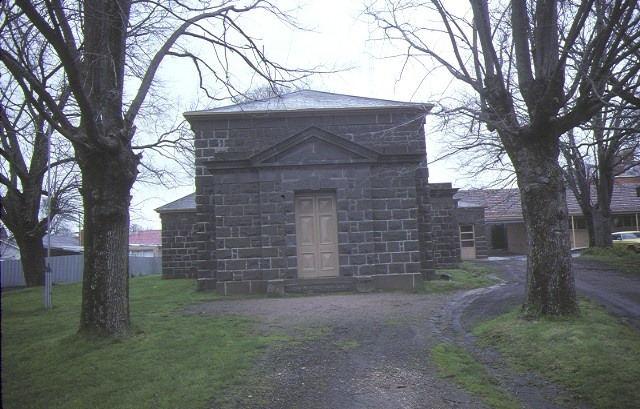 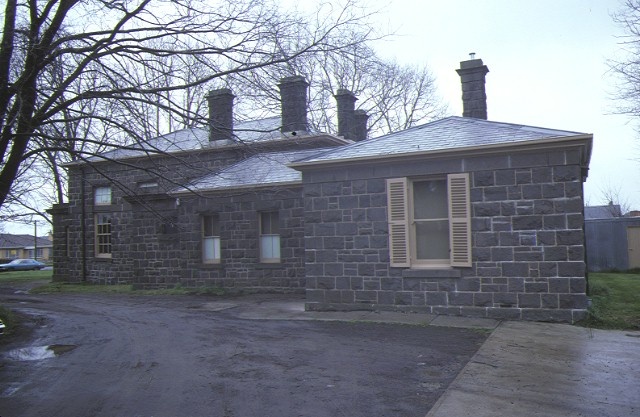 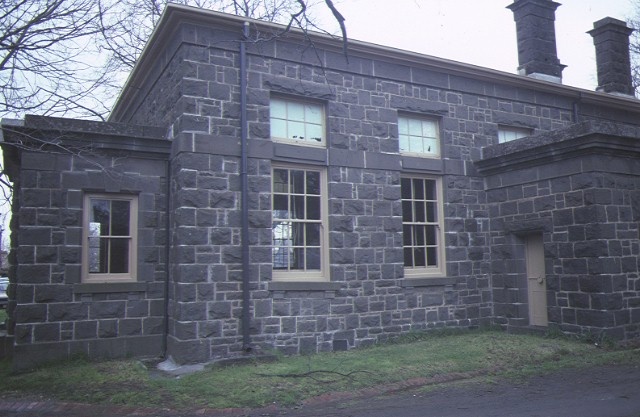 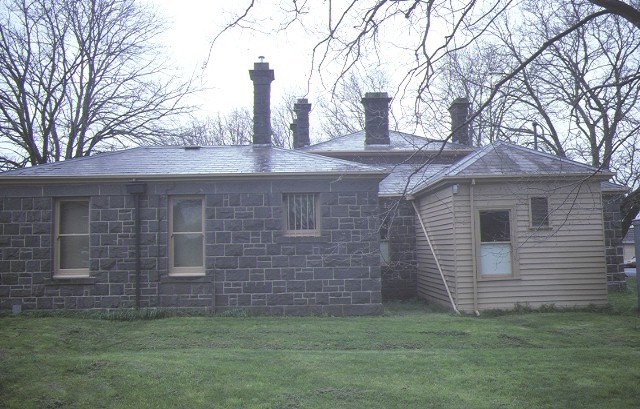 Kyneton Court House was commissioned by the Public Works Department in 1856, when Charles Pasley was Inspector General of Public Works. Made of local bluestone and completed in January 1857, the original building was designed in the Victorian Free Classical Style by an unidentified architect. Based on a simple rectangular plan, the design features a classical style pediment above a projecting main entrance that emphasises the importance of the building and its main facade. Other elements include a hipped slate roof, stone quoin work, stone string courses, simple classical mouldings, rectangular openings with Georgian style sash windows, and solid cedar doors. The court room, entrance, and office space at the rear of the building were built in 1856-57. More office space (designed by George Vivian) was provided in 1861, when witness and barristers' rooms were added to the main building. The original lock-up was altered at this time to provide an office and smaller lock-up, which was added to the west and opened directly into the dock. In 1872 a Sub-Treasury (now the Clerk of Court's office) was added at the rear of the building to a design by JJ Clark. Major renovations occurred in 1887 and an additional room (now a toilet) was built at the rear of the building in 1900-01. Unlike earlier alterations, which used bluestone and were sympathetic to the original design, the latter addition was made in timber and detracts from the integrity of the building, which is otherwise substantially intact. Internal alterations have been minor, apart from the blocking up of an original judge's room door which entered directly into the court room.

Kyneton Court House is of historical and architectural significance to the State of Victoria.

Kyneton Court House is historically important as the earliest surviving court house in Victoria established since separation of Victoria from NSW in 1851. Among extant court houses, it is predated by only one other court house in the State (Portland, 1843-45). The building is historically important for its associations with several notable figures in Victorian history, including William Lavender, the first police magistrate at Kyneton, who was famous for quelling rioting railway workers in August 1861, and for its association with the young bushranger Ned Kelly, who appeared before Kyneton Court in mid 1870 facing charges of robbery under arms which were later withdrawn. Kyneton Court House is also historically important as evidence of the changing sequence of patterns of occupancy and function in a building which has provided court services since the 1850s.

Kyneton Court House is architecturally significant for its rarity as an early and intact example of the Victorian Free Classical style designed and built in 1856-57 by Victoria's newly formed Public Works Department. The simple Victorian Free Classical style of Kyneton Court House is architecturally and historically significant as a link with architecture characteristic of the earliest days of the colony of Victoria, and for its association with the celebrated Public Works Department architect J. J. Clark, who is credited with designing the 1872 additions to the building.