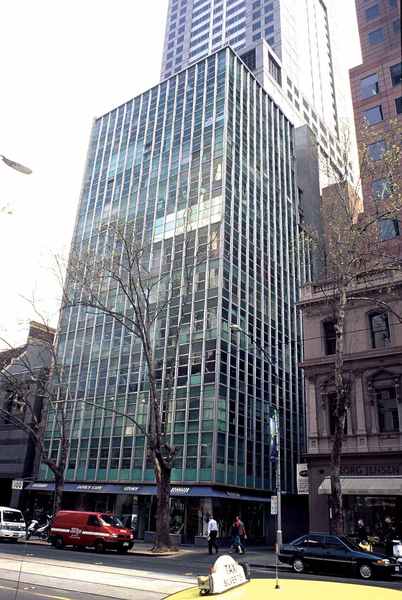 Designed by J A La Gerche and erected in 1954-5, Gilbert Court is symbolic of the recovery in commercial building after World War Two and the onset of Olympic Games preparation. It provided a novel form of building development in its co-operative ownership and appears to be the first true multi-storey commercial "glass box" built in Australia. Receiving much national publicity, it was the first Australian commercial building to fully express the new international Modern aesthetic then epitomized by New York's Lever House.
Classified: 16/11/1989