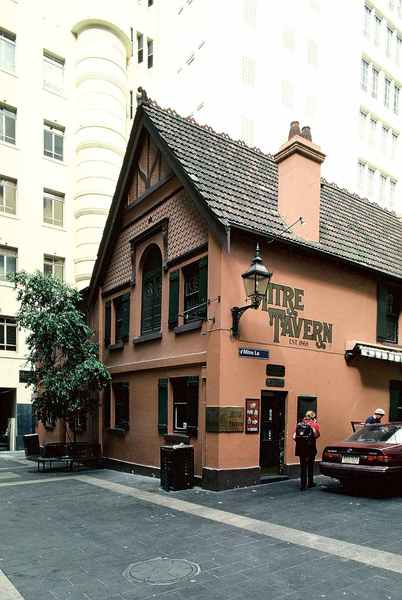 This two-storey hotel has existed since 1868 but has been altered a number of times, most significantly in the 1920s when it was given its medieval appearance. It is of significance as an early Melbourne hotel which has been popularly used by Melbourne's business and artistic community since the last century.
Classified: 06/06/1994