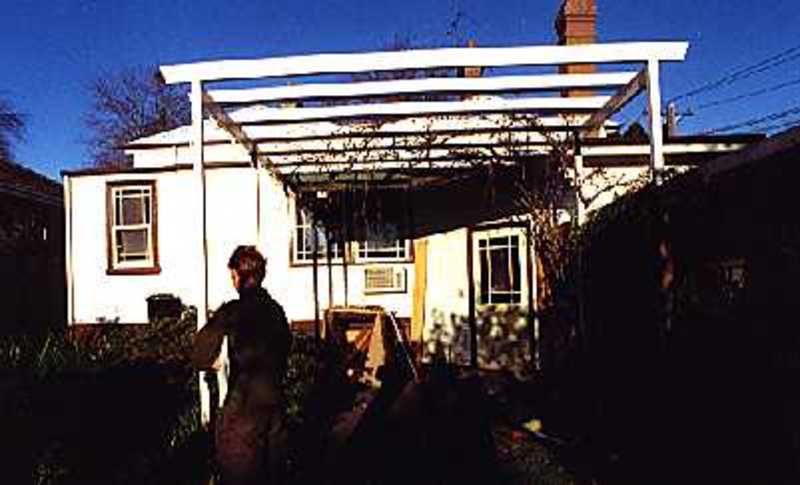 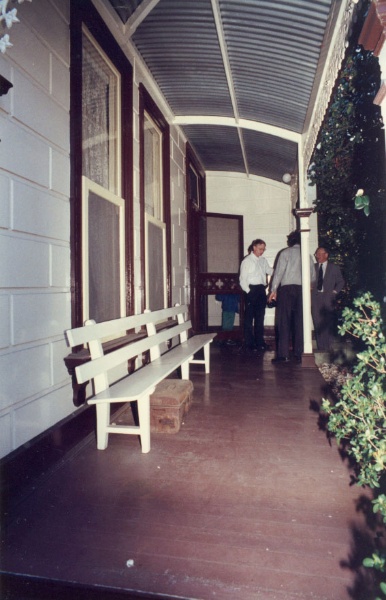 Historically, the house and garden constructed in 1887-8, is of State significance as a faithful representation of an artisan's typical suburban house, garden and yard albeit now bereft of stable and workshop. The property is also distinguished by the range of fittings and furnishings that were made by the owner William Maling and still remain. It is most unusual for a modest property to retain so many of the features internally and externally that provide such a good picture of a life that would be typical of thousands of Melbournians of the late 1880s. The house is also significant for having been occupied by the one family since its construction, and its strong association with the name Maling which is an important one in the Camperwell context.
A double fronted typical single storey timber conservative Italianate-style Victorian-era house, planned in the usual fashion with central passage, flanking grooms and a cellar. The facade belies the symmetry of the plan with one room projecting and verandah to the balance. However, not so typical is the high integrity of the interior with a number of original wall-papers and almost all the joinery with some furniture, evidently made by the first owner, Maling.
Architecturally, it is significnt as a representation, not only of the building itself, but also for the quality of the cabinet work of its owner/builder and or its garden layout and plant specimens, particularly the Camellia cultivars, exterior earth closet, laundry/wood store, circular rock fish pond and underground water tank. The rear garden is considered to be the only small city garden known which retains its original utiltarian form.
The garden plantings and layout (front, side and rear), the well and circular rock fish pond add to the strong period expression of the site. The rear garden is semi-formally laid out with red brick edging of rectangular garden paths. A distinctive ornamental tiled path runs parallel and adjacent to the front fence. The front garden contains an extensive collection of bulbs and a number of very large mature Camellia cultivars which have not been successfully identified despite attempts by staff at the Royal Botanic Gardens. Similarly, a large mature white azalea near the the fernery eludes identification. These plantings are part of the original planting scheme. The New Zealand palm Rhopalostylis sapida (Nikau Palm) in the fernery is also an uncommon mature planting.
House & garden classified 11/12/1991