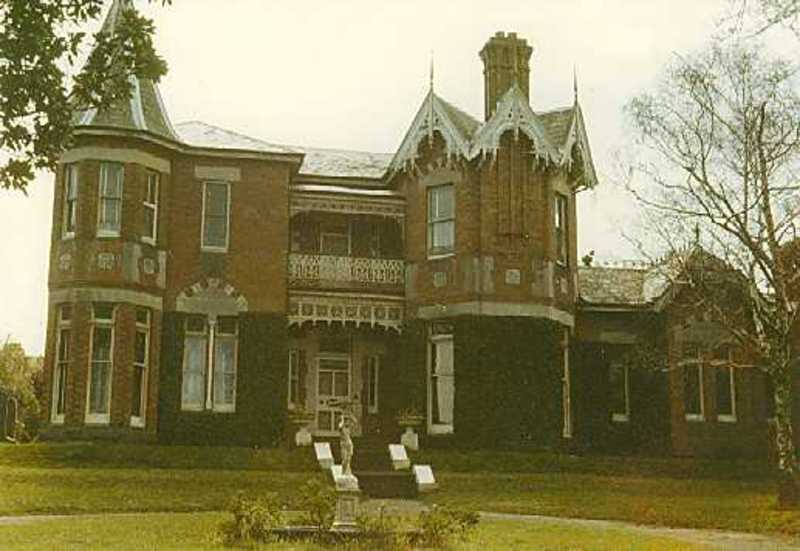 "Rotha" is a rare example of a house substantially intact in its garden, its exterior, its interior and its furnishing. Its significance is enhanced by the fact that it was the architect's own house and the expression of his unconstrained architectural taste.It is part of an enclave containing a range of houses by the same hand, built on land originally owned and developed by his family.
John Beswicke is known as the architect of a number of significant town halls, churches and mansions. This house is characteristic of his picturesque taste in domestic work. The composition is asymmetrical and irregular and the details are eclectic, including a polygonal corner turret with bell-cast candlesnuffer roof of a French flavour, a banded Gothic arch reminiscent of S.S. Teulon, a prominent modelled brick chimneyback related to the work of W.E. Nesfield, a square panelled verandah frieze framed in timber with turned drops, and especially a polygonal tower with the radiating Gothic gablets which are a leitmotif of much of Beswicke's work.
Classified: 18/03/1982
Show more
Show less
All information on this page is maintained by National Trust. Click below for their website and contact details.