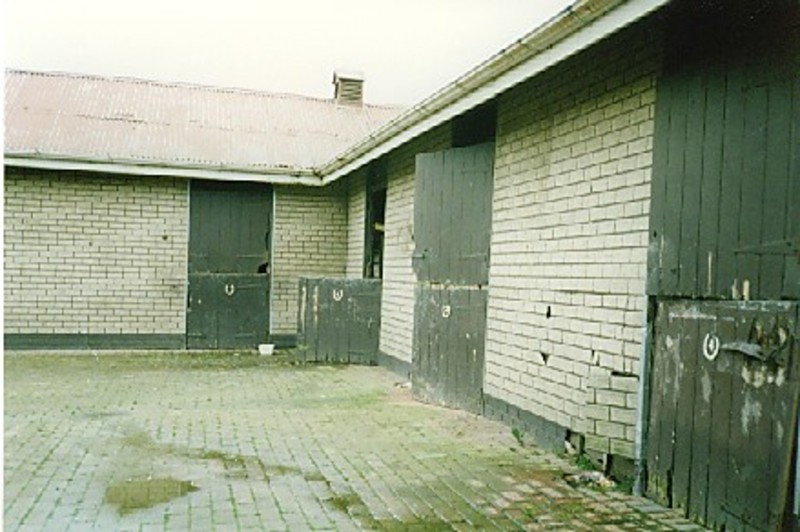 The timber stable complex, known originally as Coreena Lodge, was constructed by 1888 for the notable Victorian horse trainer, Walter Stewart Hickenbotham. Located close to Flemington Racecourse, the complex illustrates the importance of horse racing in Australia from Victorian and Edwardian times, particularly in relation to the history of the prestigious Melbourne Cup.
The stables have associations with a number of outstanding Australian racehorses housed there, eight of whom won fame as Melbourne Cup Winners. Of major importance was the mighty Carbine, who was there from 1888 and won the 1890 Melbourne Cup. Carbine is considered by many racing experts to have been as great if not greater than Phar Lap. The property still retains its associations with Carbine, its present name being derived from his dam, Mersey.
The stable has associations with at least three of Australia's top trainers. The legendary Walter Hickenbotham, trainer of Mentor (1888) Carbine (1890), Newhaven (1896) and Blue spec (1905), all Melbourne Cup winners; Stan Boyden, who housed Rimfire there at the stables when he achieved early success with three spectacular Melbourne Cup wins in 1965, 1966 and 1967. Despite the addition of imitation brick cladding to the stable block, most of the early fabric remains including shingles, timber feed-bins and concrete water trough. Stable No 2 is identified as Carbine's Stable. The associated residence is not included.
Classified: 18/09/1986