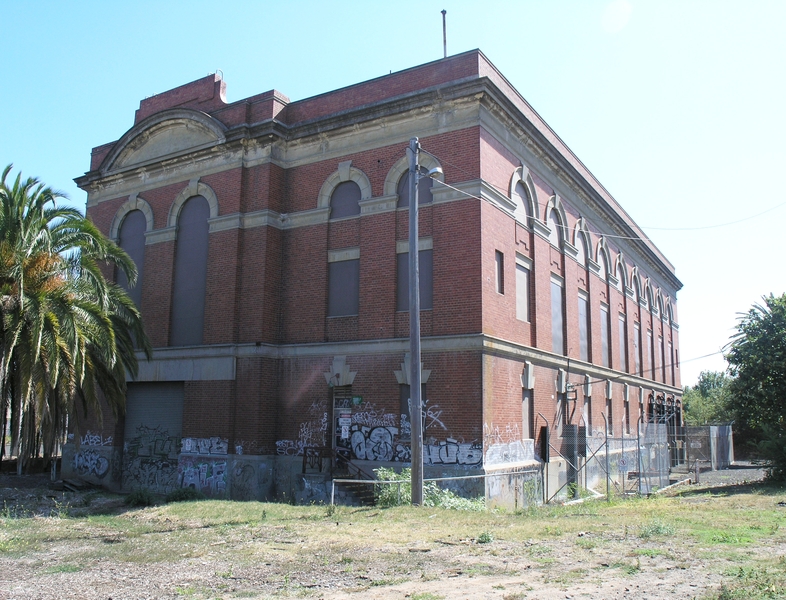 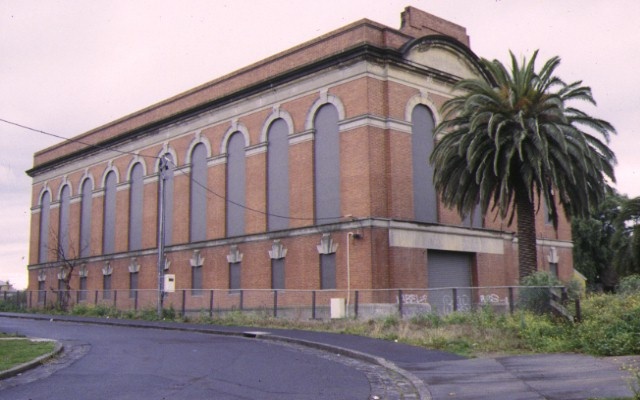 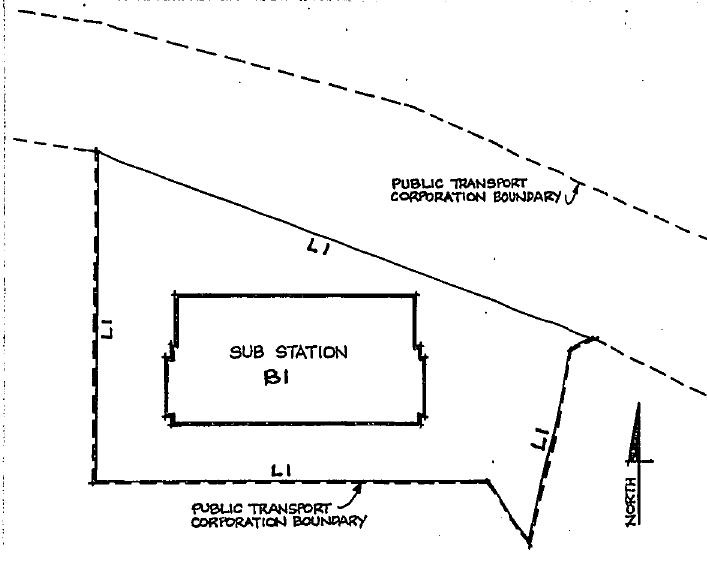 The large red brick Newmarket railway sub station was built in 1914-15 and began operation in 1918 as part of the program to electrify the Melbourne suburban railway network. The electrification scheme and its associated infrastructure was designed by the English consulting engineer CH Merz, and the Newmarket sub station was constructed by the Victorian Railways Ways & Works Branch. The sub station initially supplied 1500V DC at a frequency of 25Hz to the overhead distribution system. Upon conversion of the frequency to 50Hz, most of the functions of the building were transferred to new sub stations erected at North Melbourne and Essendon in 1966.

The Newmarket railway sub station is of scientific and architectural importance to the State of Victoria.

The Newmarket sub station is scientifically important because it as one of the first group of buildings constructed for the electrified Melbourne suburban railway network, which was the first electric railway system in Australia, had the largest power generating plant in the southern hemisphere, and was the largest electrified suburban train service converted from steam operation in the world. The Melbourne suburban network was the first electric system to employ a 1500 volt Direct Current overhead system. It became the model for later installations in England, France, Holland, Brazil, Japan, New Zealand and India. The Melbourne electrification scheme was a significant work of engineer Charles Hesterman Merz, who had acquired experience of railway electrification while acting as consulting engineer on the 1904 electrification of the Newcastle suburban system on Britain's North Eastern Railway in 1904. The electric railway system was also important because its central power generating station supplied electricity for suburban domestic and industrial use, thereby replacing a number of small scale power generating plants. The railways continued to be a major generator of power until 1951 when they handed over full responsibility to the State Electricity Commission.

The Newmarket sub station, one of the first group of buildings constructed for the inauguration of electrified services is architecturally important for the adoption of the neo-Classical style on a grand scale for what is essentially a utilitarian structure. The three mature Canary Island date palms, dating from about 1930, enhance the surroundings of the building.