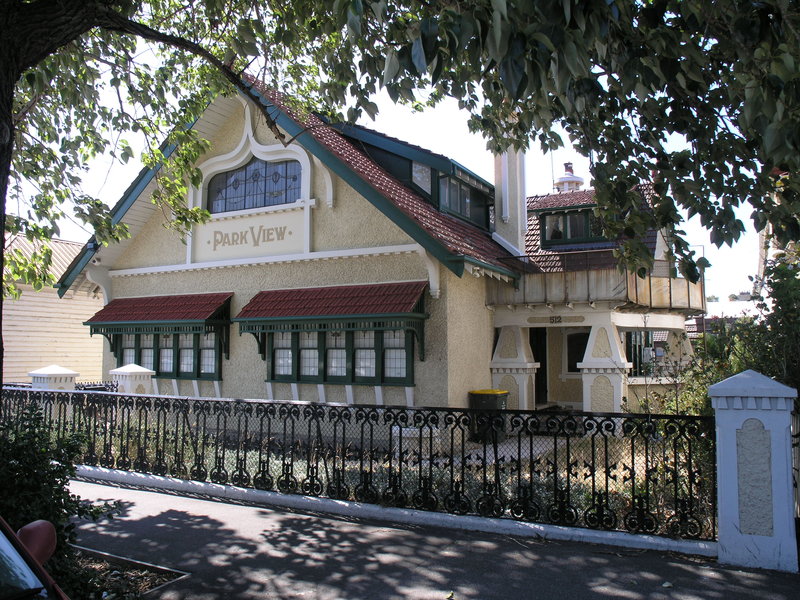 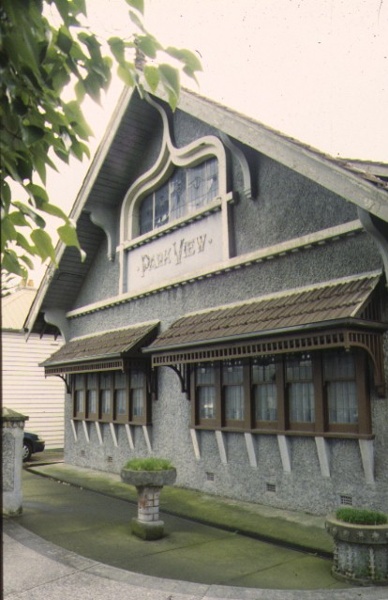 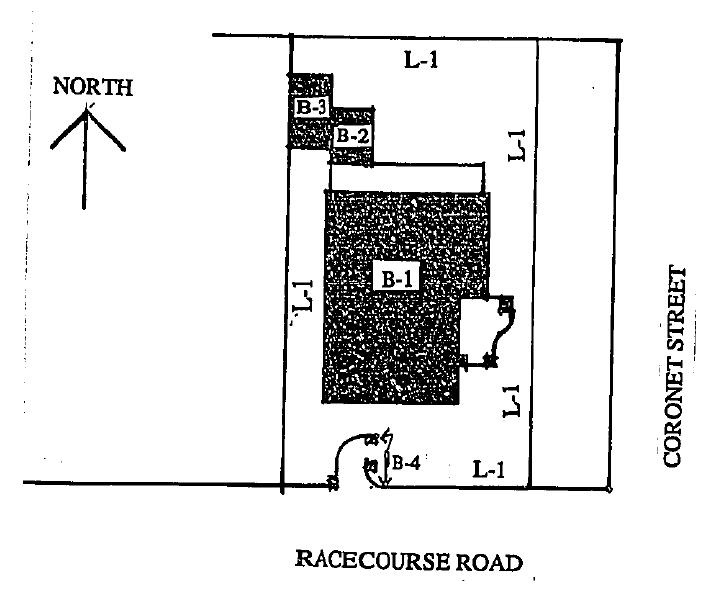 Park View was built in early 1924 by self-taught blacksmith and jinker-builder, Jim Byrnes who had recently transferred his business from Melton to Racecourse Road, Flemington where he shod horses for the showgrounds and race-track nearby. He built Park View a few doors along the street from the blacksmith business, and the residence has remained in the Byrnes family ever since. The unusual two-storey Swiss chalet style bungalow combines a variety of eclectic features and is constructed of solid reinforced concrete predominantly finished with roughcast. A garage at the rear is constructed of brick with a tiled roof and a cement rendered facade to match the house.

Park View is of historical, architectural, and social significance to Victoria

Park View is architecturally, historically and socially important for contributing to a wider understanding of post World War One housing trends in metropolitan Melbourne when the cost of living was high and when materials were expensive and in short supply. The residence is socially important for expressing the ideal of home ownership promoted widely in magazines of the day. Its construction in concrete is historically and architecturally important as a representee example of the experimentation with various methods of cost efficient building that were becoming increasingly available to the aspiring home owner throughout the inter-war years. The house, with its use of tram cables for concrete reinforcing, as well as other recycled materials in its fabric is of further architectural, historical and social interest as an innovative response to the constraints imposed on home builders of the period. The style of the house and its decorative features are of historical, social and architectural significance as a unique interpretation of contemporary mainstream ideals in a vernacular idiom peculiar to its blacksmith owner/builder