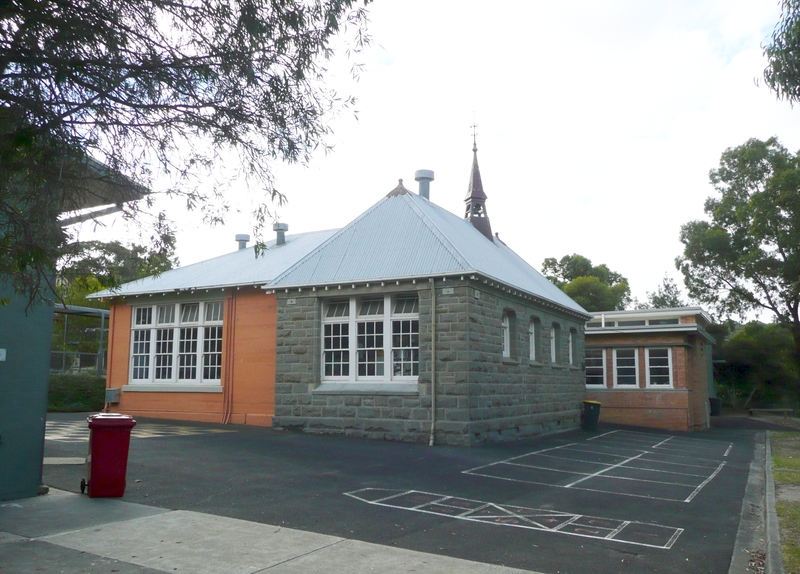 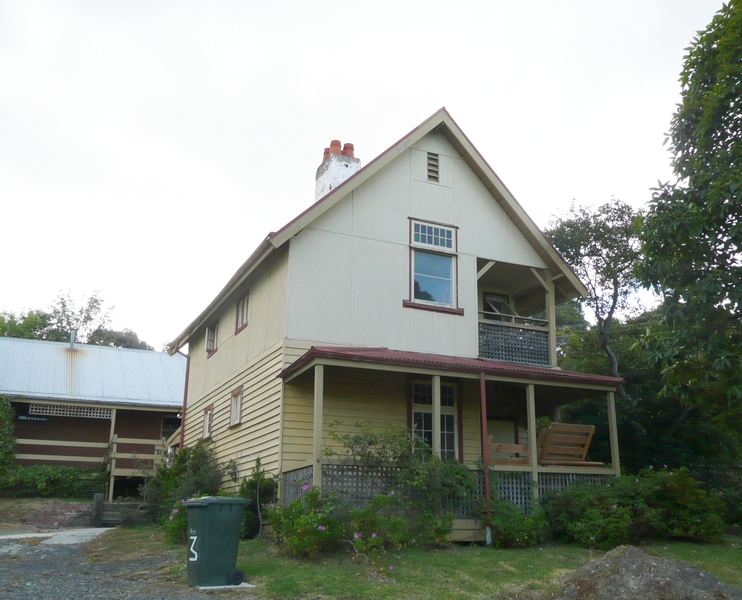 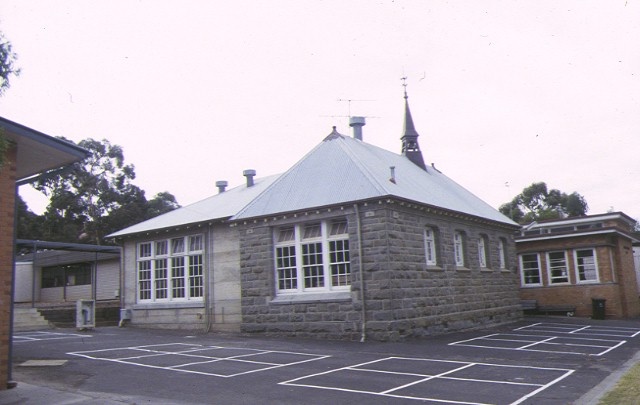 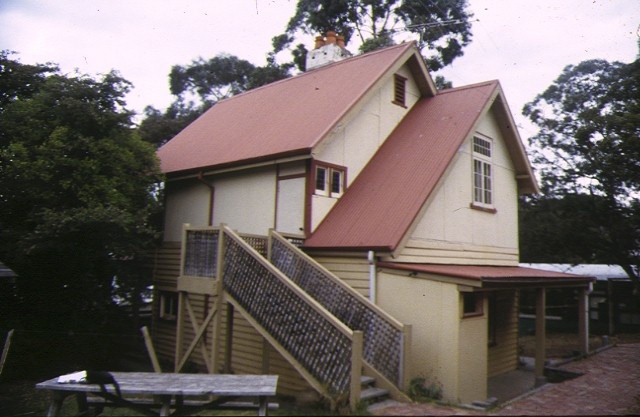 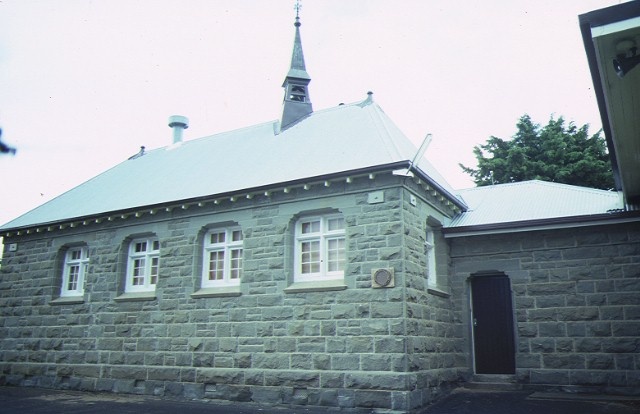 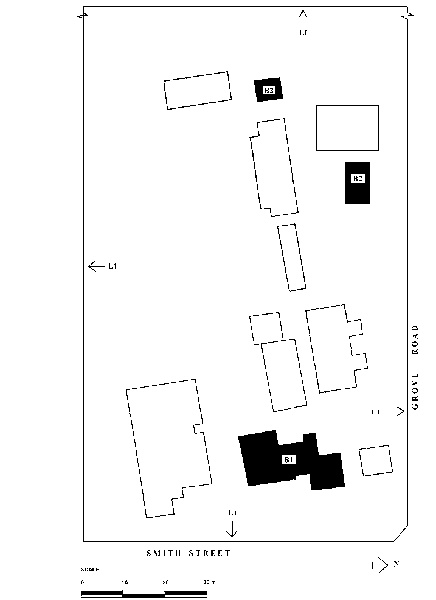 Lorne Primary School No.8675 (formerly No.2162) was constructed in local freestone with a slate roof in 1879. It consisted of a single room of 24x16 feet. The 1879 building was constructed by Messrs Martin and Herd who quarried the stone from the right bank of the Erskine River. The school was extended in 1908 to form a room 36x16 feet. In 1923, the building was again extended. This time the contractor removed the freestone wall on the west side and a box- poured concrete room for the infants was built. The stones from the west wall were then used for a porch. A yellow brick extension of 1947 was connected to the 1879/1908 building by a glazed link. A two storey teacher's residence was built on the site in 1905 in a "Swiss Chalet" style. The Minister for Public Instruction, Otto Sachse, is said to have directed the Public Works Department to design a teacher's residence resembling a Swiss chalet after a visit to Switzerland in 1905. The architect for the Lorne school and teacher's residence was SE Bindley. A Sloyd room was built by the local residents in 1926 on the lawn area in the north east corner of the school ground close to the memorial gates. The teacher?s residence is a two-storey timber building. Its half timbering has been removed. It has unusual leadlight windows at the entry and on the stair landing. The main school building consists of three sections, the earliest being the freestone single room building with hip roof and belltower. The other sections include a concrete classroom and a cream brick classroom with sloped roof.

Lorne Primary School No.8675 is of social, historical and architectural importance to the State of Victoria.

Lorne Primary School No. 8675 is of social and historical importance as the collection of buildings on the site representing the mixed history of the school and its different periods of expansion and change along with the history of Lorne. The Sloyd room is important as it represents a period when boys were given manual training according to a Swedish system introduced into Victoria in the early years of the twentieth century. The system was named from the Swedish word 'slojd', meaning skilful. The intention was to develop 'the boys 'natural facilities' and to produce 'the trained intelligence' and 'the skilled hand' rather than to give industrial training in woodwork or metalwork.

Lorne Primary School No.8675 is of architectural importance because the original school building includes an extension in 1923 constructed of box poured concrete, a construction type rarely used for schools. The former teacher's residence, built in 1905 is a rare architectural example of a "Swiss Chalet" style residence and is important because teacher's residences rarely survive on their original sites or with their original floor plans intact. This example has retained its floor plan and its original relationship with the main school building. The Primary School has important associations with the Public Works Department architect SE Bindley. Although the interior is no longer intact, the Sloyd room is an important representative example of such a purpose-built facility.