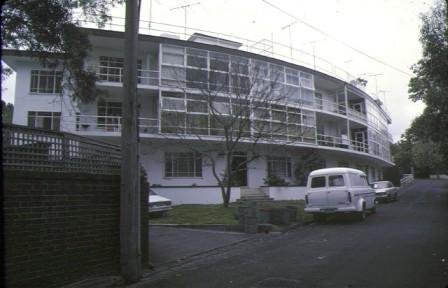 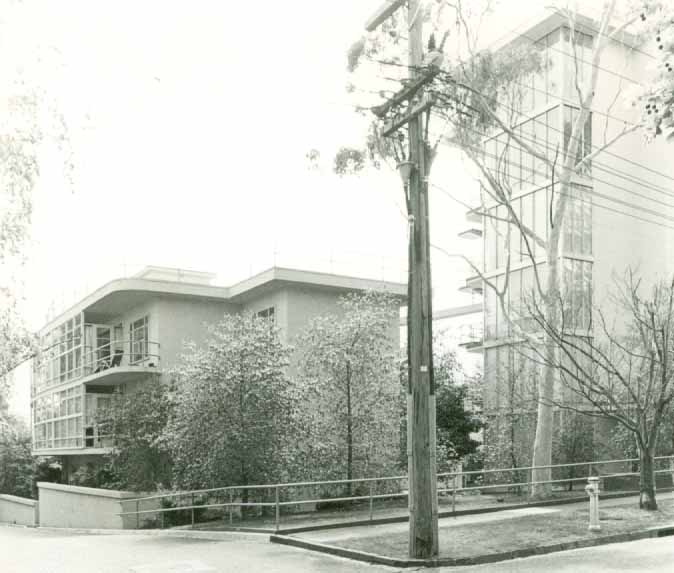 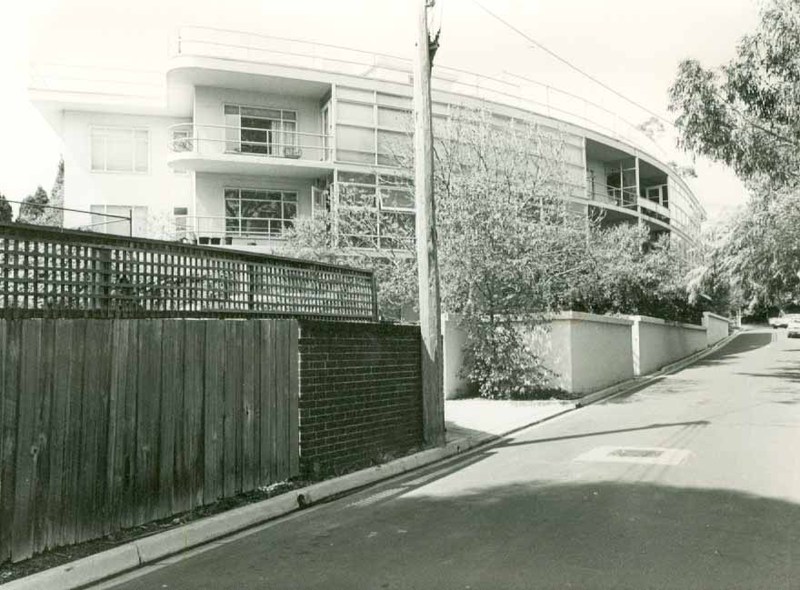 Designed in 1948 by architect J W Rivett, this flat block was in the manner of the 1930's European and British work of Mendelsohn and Chermayeff, and the English architects E. Maxwell Fry and Connell, Ward and Lucas: it was built by 1951. The contractor was F T Jeffery and the consultant engineers Cyril Hudspeth and Roderick Ross and Traill.
Adopting steel-formed in situ reinforced concrete as the medium, Rivett created a highly successful, if derivative, juxtaposition of curved and rectanguloid forms where functional elements such as stairways are expressed in a plastic manner, as allowed by the structural medium.
A tower block becomes the focus of a gently curving three-storey block which counter points the former with strong horizontal emphasis. This is achieved in part by continuous steel pipe balustrading, but is linked to it in a visually dynamic manner by a concrete bridge.
(Alterations include the replacement of the timber tower glazing with metal industrial glazing which parallels with the slim metal sections used in balustrading and thus improves the building.
Classified: 16/09/1982