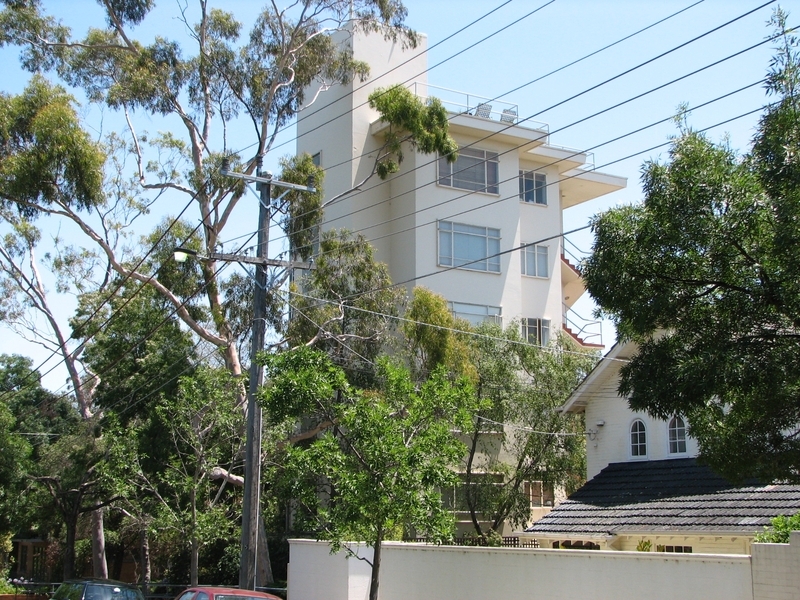 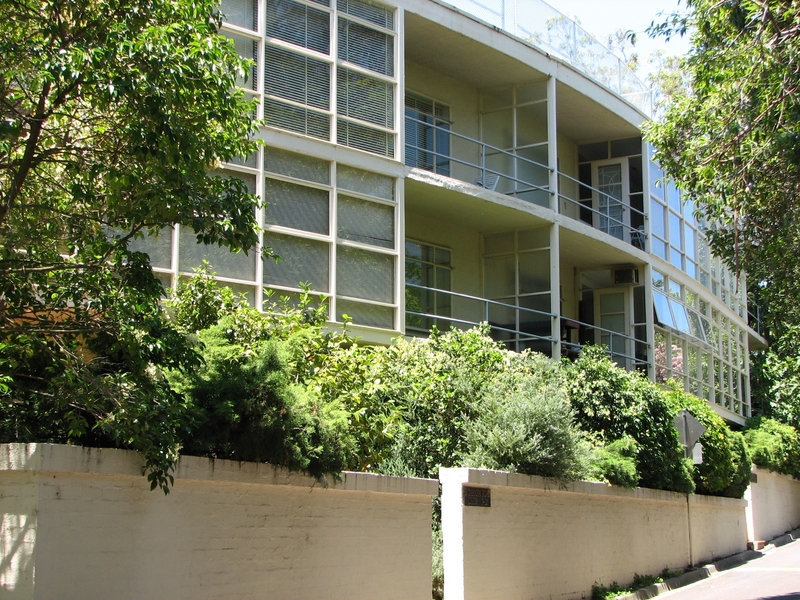 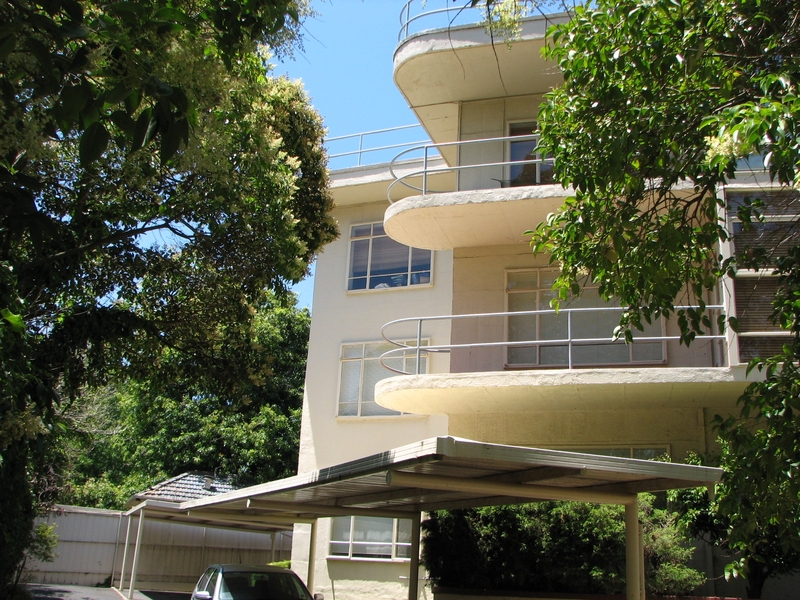 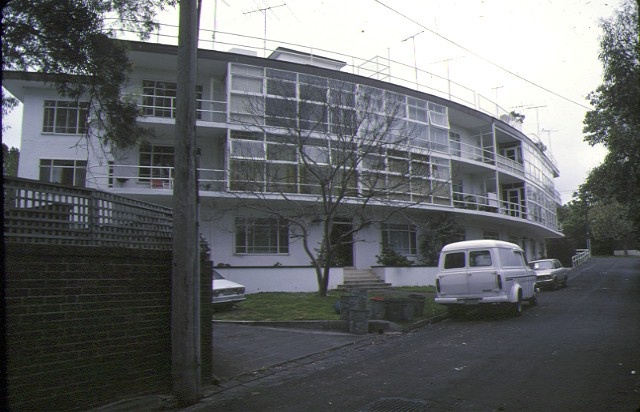 Caringal Flats were designed in 1948 by the architect John William Rivett and constructed in 1951. They were built for the James Family Agency. The flats are in two parts. One block is long, curved and three storeys high with twelve flats. It faces walled courtyard gardens to the west. The other is a six storey tower block with six flats which enjoy extensive views of the city. Both blocks are built in off form concrete, with flat roofs. They have large glazed areas, cantilevered balconies and stairways. A bridge links the roof garden to the tower block. The timber windows of the tower block have been replaced with metal in recent years. Handrails and balustrading are tubular steel.

Caringal Flats are of architectural significance to the State of Victoria.

Caringal Flats are of architectural significance as innovative examples of the evolution of flat design in Melbourne. While Caringal was influenced by the designs of 1930s European and British architects such as Mendelsohn and Chermayeff and the English architects, E. Maxwell Fry and Connell, Ward and Lucas, its form and siting set it apart from its Melbourne precursors. Early versions of these European designs to be built in Melbourne included Frederick Romberg and Molly Turner’s Newburn Flats of 1940, Yarabee Flats of 1940-41 (Romberg and Shaw) and Stanhill Flats 1948-49. These buildings tended to be rather monolithic, however, lacking Caringal’s dramatic juxtaposition of plastic forms to create a dynamic spatial relationship between the blocks. The extensive use of glass, steel and concrete reflect Rivett’s interest in technological developments, and, together with the unusual form and siting, mark Caringal as one of the more interesting statements of early Modernism in Australia.

Caringal Flats are of architectural significance for the innovative techniques employed in their construction. The flats demonstrated one of the earliest uses of off-form concrete, especially in a residential building. It is thought that the method of testing the strength of the concrete with a penetration gun was first used here. Similarly the experimental use of the steel concrete reinforcing rods as heating and cooling coils was one of the first times such a technique had been employed.