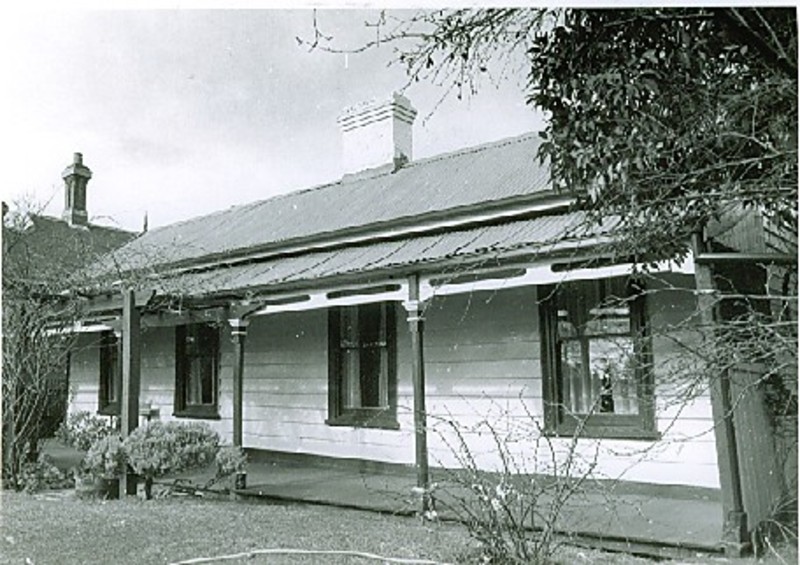 A single storey weatherboard clad timber structure constructed prior to April 1855 as an eight room Wayside Inn with stableswhich was originally conducted by Thomas Griffiths.
The colonial vernacular style hostelry was conducted by a succession of publicans until c 1890, when the establishment became a private residence.
A building of simple forms, with timber verandah and restrained colonial details, it is of architectural interest as an early hotel which survives to illustrate the vernacular building traditions of early Melbourne. The meticulously maintained wayside inn is of local historical importance being the oldest surviving intact building in Malvern and closely connected with the social history and physical development of that suburb.
It is in an excellent state of preservation and of high integrity. The building has been maintained in such a way that the original character and materials of construction can be readily appreciated.
Adapted from AHC Citation
Classified: 11/04/1974