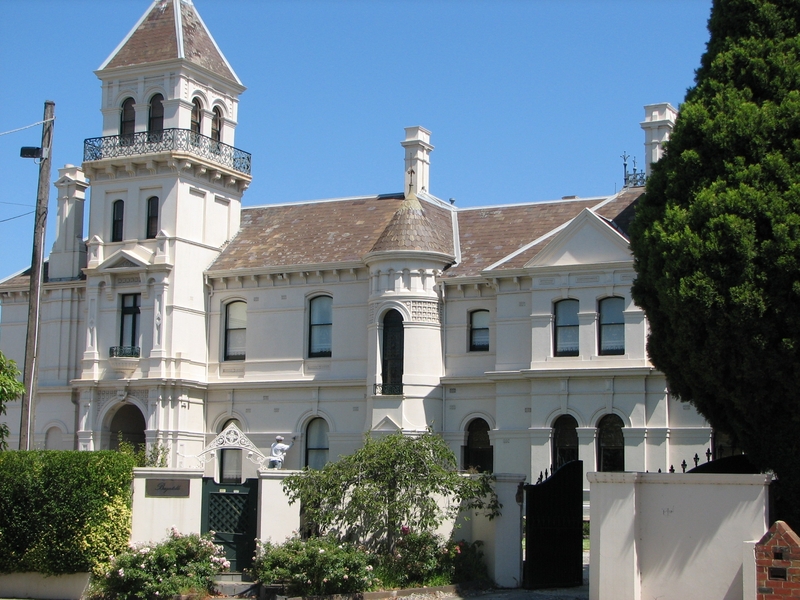 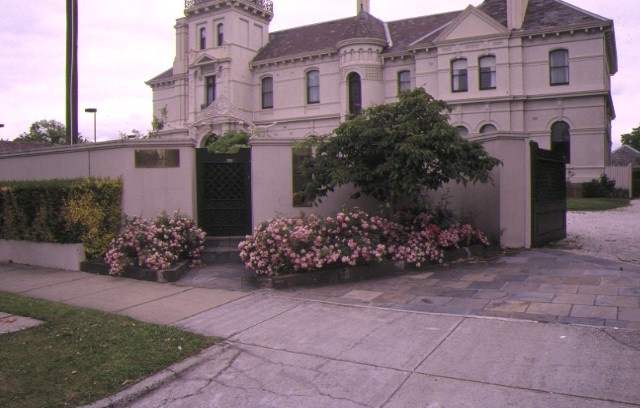 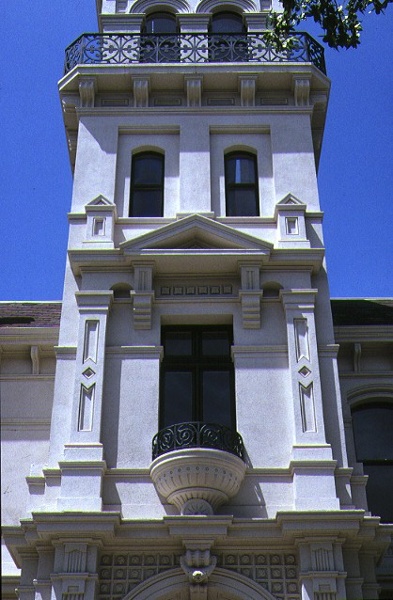 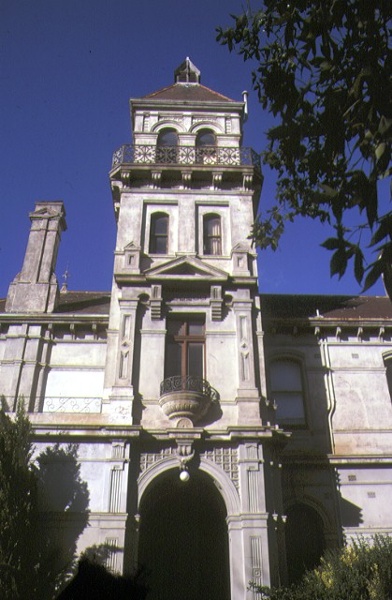 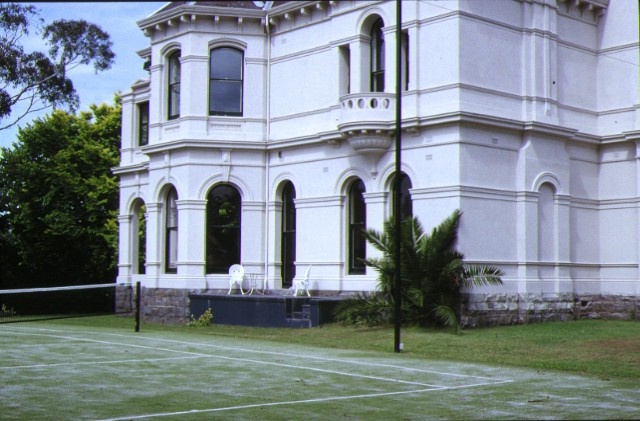 Myoora, 405 Alma Road, North Caulfield, was designed by Reed, Henderson & Smart and can be attributed to Anketell Henderson. It was built in 1886 and 1887 for Thomas Christian, who had founded the fabled gold mine, the Day Dawn at Charters Towers. He never occupied the house although his widow lived there for some time. The house was subdivided into three and later six flats. Myoora was one of many large mansions on broad acres with gardens in Caulfield. Perhaps the grandest was Labassa. The mansions date from the 1850s through to the late 1890s.

The siting of Myoora on a ridge influenced its planning and composition. A central hall and corridor along the ridge is entered from the centre of the more formal north facade. The entrance is marked by an elaborately detailed tower. A stair turret provides a second accent. The western end of the building is completed by a massively detailed chimney as the service wing. The south facade enjoyed an outlook to port phillip from a two-storey cast iron verandah. Bay windows, chimneys, the tower and the turret and minor details are brought together in a sophisticated asymmetrical composition. This is reflected in the planning. The asymmetry of Myoora pivoting on the tower is the most notable feature of the building. The walls are built of cement rendered brick. The cement render has not been painted. The roof is slate. The balconies and verandah are cast iron. The footings and cellar are bluestone. The architectural firm Reed, Henderson & Smart was very prominent in Victoria in the nineteenth century. Anketell Henderson was an eminent and well respected member of the profession. He worked successfully in London and interstate as well as in Victoria. They were better known for commercial and public buildings. Myoora is an important private commission.

The style of Myoora is a combination of details from the Continental and English Renaissance through the boom style and the Queen Anne style. There is also an early influence from the American Romanesque style especially in the stair turret. The latter style was important at the turn of the century and Myoora is a significant precursor. Other buildings of a similar scale survive in Caulfield and elsewhere. Labassa, the most fabulous, is quite different stylistically as are most of the other comparable mansions.

Stonnington is perhaps closer but relies on different details from the Queen Anne style and lacks any American influence. For its historical associations through its owners and architects, for its style and composition and for its intactness, Myoora is significant at a State level. The craftmanship of Myoora is what could be expected of a building of the time and type. It is relatively intact and in fair condition. The main staircase has been removed, minor alterations to decorative features have occurred and additions have been made to the exterior.