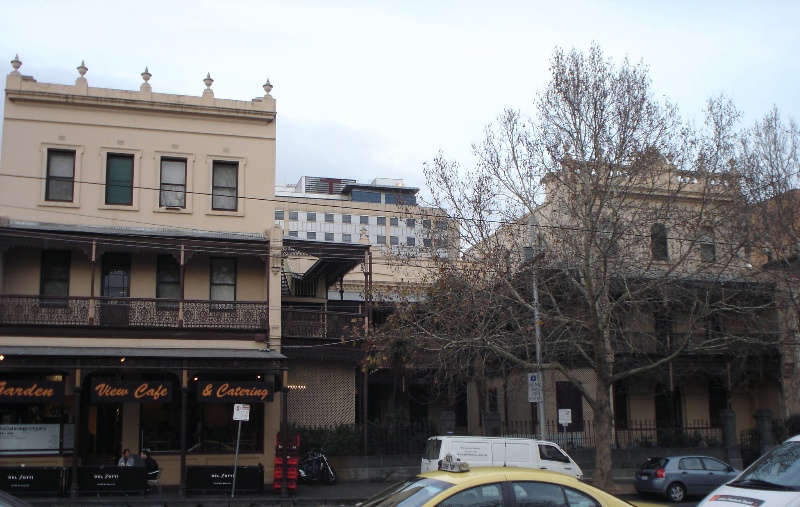 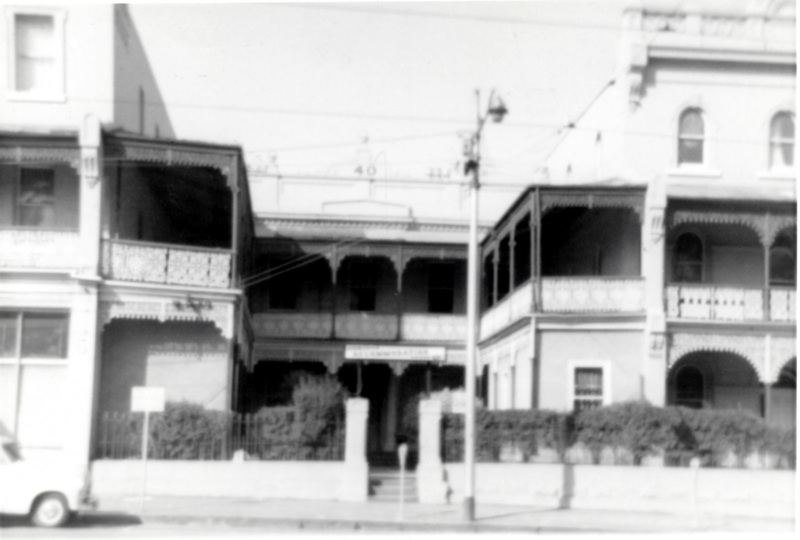 The central section of 'Osborne House' was erected in 1850 for wealthy squatter John MacPherson by William Pelling, builder. In 1887 George Nipper, Melbourne merchant and speculator, acquired and converted this private residence to a boarding house by construction of two flanking three storey wings with encircling iron verandahs. The establishment was named 'Osborne House' in the Jubilee Year of Victoria's reign. The additions are in the conservative classical mode.
'Osborne House' is the oldest documented dwelling in this municipality and one of the oldest surviving in Melbourne. The notable brick structure of 1850 is a rare example of the Regency town house in Victoria and had a variety of distinguished tenants including John A MacPherson, Premier of Victoria in 1869 - 70. The transformation of 1887 is a characteristic work of Charles Webb, although the work is not positively attributed to this important Melbourne architect. 'Osborne House' has operated as a boarding house for 93 years.
'Osborne House' is essentially intact although minor alterations have been made to partition rooms or enclose external verandahs. The structure is part of an important early Melbourne precinct which includes nearby 'Royal Terrace and the Carlton Gardens.
Classified: 'Regional' 31/05/1979
Revised: 03/08/1998