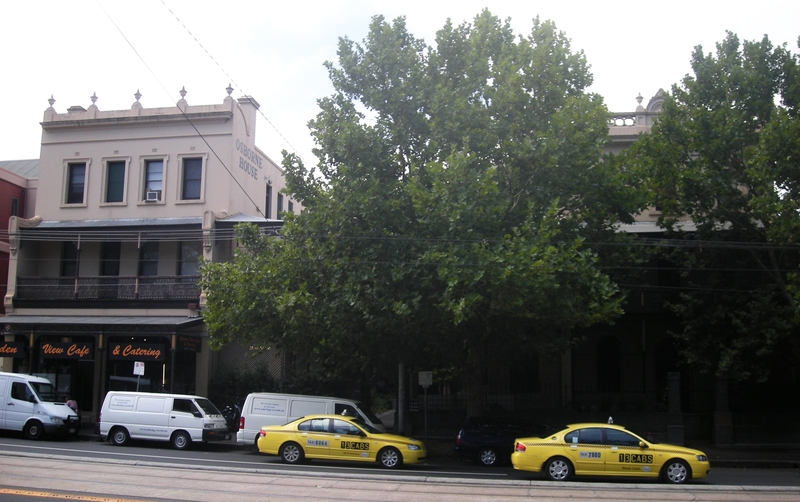 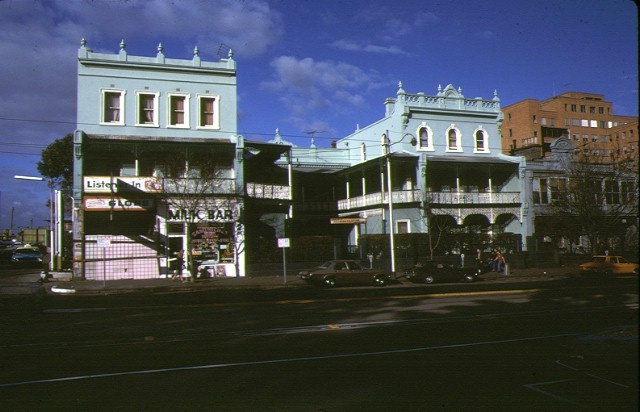 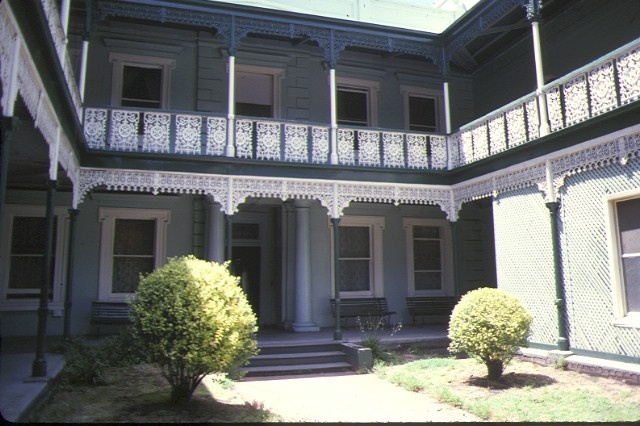 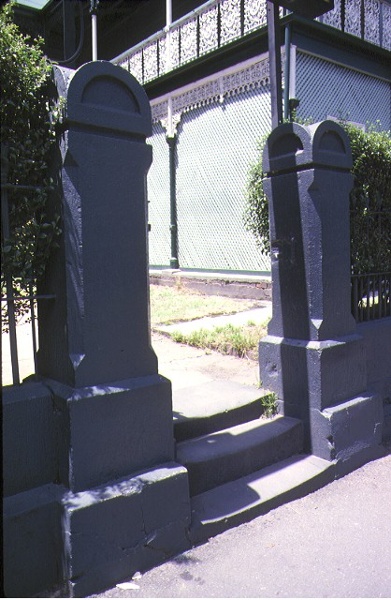 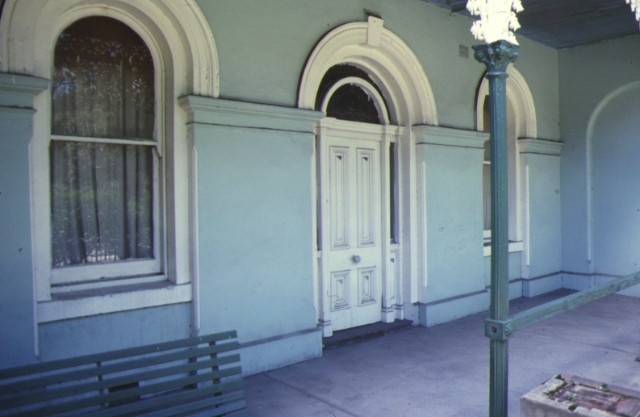 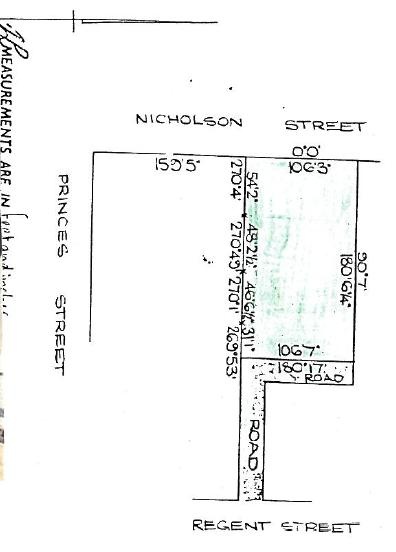 Osborne House was built initially in 1850-51 as a two-storey Regency style house for the wealthy pioneer pastoralist John MacPherson (1798-1875) and his wife Helen, and was then called Helena House. It was designed by the architect Charles Laing and constructed by the builder William Pelling. MacPherson's son John Alexander MacPherson (1833-94) lived at the house during his term as Premier of Victoria in 1869-70. The house was sold in 1877 to Robert Smith, a timber merchant, who added a single storey verandah to the front c1880. In 1887 it was sold to George Nipper (1838-1913), who at the same time purchased the adjoining buildings at numbers 38, 42 and 44 Nicholson Street. Nipper was a local businessman and entrepreneur, who was also responsible for the building of the Windsor Hotel. In 1887-8 Nipper made substantial additions to the buildings at 38-44 Nicholson Street, probably to the designs of Charles Webb, resulting in a boarding house of eighty-eight rooms. This was probably motivated by the Great Centennial Exhibition planned to be held in 1888 in the Exhibition Building opposite. This was Queen Victoria's Jubilee Year, and he named the main part of his boarding house Osborne House, after the Queen's family home, and the southern wing Salisbury House, after her then Prime Minister. Three storey wings were added on each side of the original house, with an encircling two-storey cast iron verandah, and further wings at the rear. The boarding house had sixty bedrooms, two large drawing rooms, and billiard and smoking rooms. Since then Osborne House has continued to operate as a boarding house, most recently as community housing. The footprint of the house has remained largely unchanged since Nipper's time, but internal changes were made in 1984 and in 1995 to upgrade the facilities.

Osborne House is a brick building with the original freestanding symmetrical rendered Regency style two-storey house set back from Nicholson Street now flanked by the 1887-8 extensions: to the south the three storey Salisbury House with a long wing at the rear; the three storey north wing with two shops on the ground floor; and two parallel two-storey wings at the rear of the 1850 house. A two storey cast iron verandah wraps around the entry court formed by the addition of the north and south wings and across the front of Salisbury House. Some Regency features of the 1850 house survive, notably the Tuscan portico and solid slate steps, the front door and the windows, and internally the black and white inlaid marble and slate floor in the entry foyer, the moulded door frames, some folding shutters in one of the front rooms, the room layout with four rooms opening off the central hall on each level, and the original staircase. The 1880s wings internally have multiple small rooms, which have been altered to suit modern needs, opening off undecorated narrow corridors. The roof was originally slate, but is now corrugated iron. Osborne House is part of the World Heritage Environs Area of the Royal Exhibition Building and Carlton Gardens.

Osborne House is of historical and architectural significance to the state of Victoria.

Osborne house is of historical significance as an outstanding example of a nineteenth century boarding house, whose significance is increased by its association with the Great Centennial Exhibition of 1888 and its proximity to the World Heritage listed Royal Exhibition Building and Carlton Gardens. It is significant as a demonstration of the way of life of wealthier Victorians in the mid-nineteenth century, and the social and economic changes which have taken place in the inner suburbs since that time. This part of Fitzroy was in 1850 a prestigious residential area, but the opening of the railways to the eastern suburbs in the 1880s meant that these now became the preferred residential areas, and many of the large Fitzroy houses were converted to boarding houses. It is of historical significance for its association with several eminent Victorians: the pioneer pastoralist John MacPherson; his son John Alexander MacPherson, a prominent parliamentarian and Premier of Victoria 1869-70; the famous French violinist and composer Horace Poussard, who leased the house in 1885-6; and the entrepreneur George Nipper, who built some of Melbourne's notable Boom period buildings.

Osborne House is of architectural significance for the Regency style house at the core of the building, the former Helena House, the oldest documented residential building surviving in Fitzroy and one of the oldest in Melbourne. With the 1880s additions it is significant as a fine and intact example of a large Boom period boarding house, and for its unusual form, with an impressive two storey cast iron verandah wrapped around the entrance forecourt. It is significant for its association with two of Melbourne's most important nineteenth century architects: Charles Laing and Charles Webb.