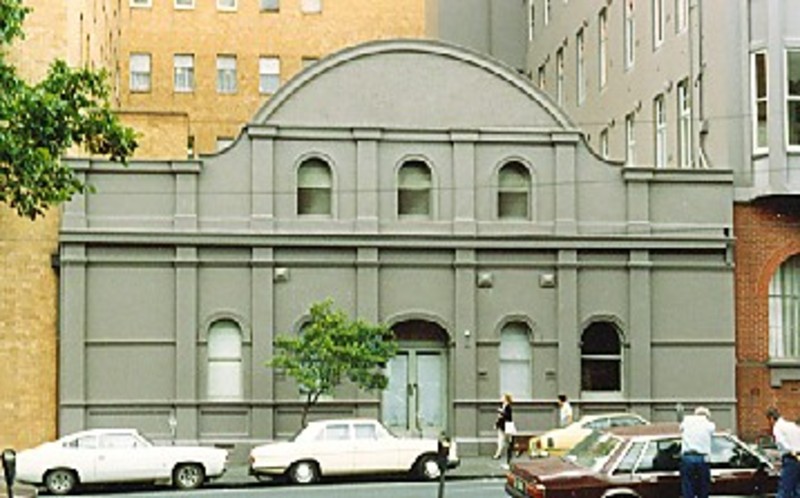 What is significant? The Hall of Science was constructed in 1889 by the Australasian Secular Association. It was later known as Secular Hall and, between 1897 and 1904, as the Freethought Hall. It was the major focus for the Freethought/Secular movement in Victoria during the 1890s. Freethinkers at the time were seen to be an anti-religious organisation, whose main aim was to lecture about the virtues of Freethought on Sundays. The Freethought movement later evolved into the still active Humanist movement. The Victorian branch of the Australasian Secular Association was formed in 1882, and members asked the British Association for a lecturer. Consequently Freethinker Joseph Symes arrived in Melbourne in 1884. The Association split in 1888 into pro- and anti-Syme factions. Construction of the hall was instigated by the Syme faction, but its ownership and possession was soon fought over. Regaining control in 1897, Symes again lectured, but was in reduced circumstances, and in about 1901 moved himself and his family into the balcony of the hall, which was converted into accommodation, until he departed in 1904, when it became Austral Hall (a skating rink). Symes returned to England in 1906, but died the same year. In 1913 the hall was bought for St Vincent's Hospital, which had started as a row of terraces on the corner of Nicholson Street in 1893. The hall was refurbished (as a hall) in 1956 and appears to be otherwise little changed. It is still used as a hall for functions and events by the hospital.
The Hall, now known as Brenan Hall, is a rendered brick building with a simplified Renaissance style facade, topped by an arched parapet, concealing a simple corrugated iron gable roof. There is a small lobby flanked by small rooms, with balcony above, a main hall, and a stage with dressing rooms behind.
How is it significant? The Hall of Science is significant for historic and social reasons at a National level.
Why is it significant? Historically, the Hall of Science is the only physical reminder of the early Freethought movement in Victoria, one of two states in Australia where the movement had a notable presence, and is a reminder of the social and lasting consequences of Freethought in our society today, for example, belief in atheism, republicanism, birth control and abortion. The Hall of Science is not only a unique building in Victoria but also a rare surviving purpose-built Freethinkers' or Humanist Hall internationally since only four other halls are known to survive in the world. One is in Sydney (1890), two in Great Britain, and one in the United States; and Melbourne's is the second oldest.
The Hall of Science is significant for its association with Joseph Symes, who instigated the construction, and who was not only the most prominent Freethinker in Australia in the 1880s but also a notable one in Great Britain. The journal Liberator, which was founded by Symes, became in the late 1880s one of the most successful Freethought newspapers in Australasia, if not the world. Symes's radicalism was probably the most extreme in nineteenth-century Australia, and he greatly contributed to the distinctive sharpness of argument and combative righteousness of radicalism in Victoria.
Classified: 21/02/2011