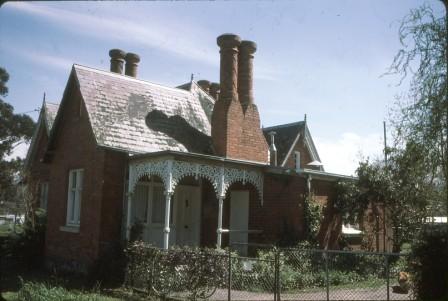 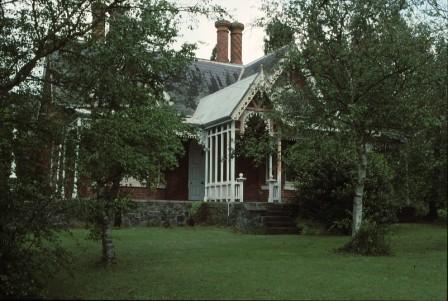 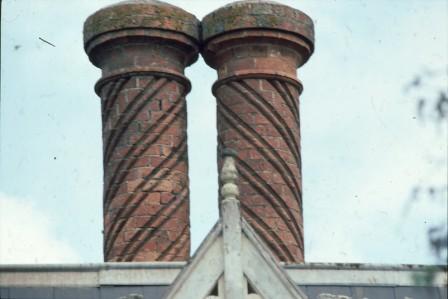 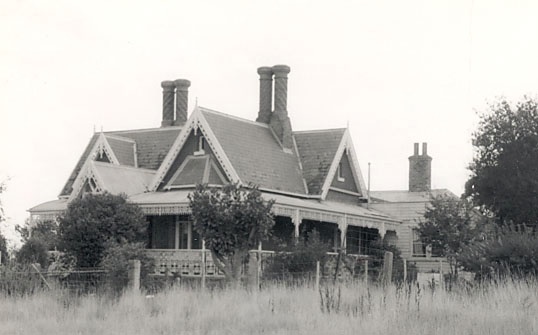 Classified: 12/03/1964 File note 19/09/2012
Clifton Villa is one of our most notable houses, admired most of all for its delightful brick twist chimneys - spiral -grooved which were carved in position from bricks made locally. It was built in 1859 for Mr Edward Newman, Buninyong's first chemist. Newman's design was based on the home of his wife, Clifton Manor, in Bristol. A Mr House from Durham Lead built the house according to the specifications of Mrs Newman.Apparently, it was built without a kitchen - the Newman's ordered their meals from the nearly Crown Hotel! Later a detached kitchen was added. The house included a dispensary, and in the early period Newman worked from home. In about 1870 Newman sold the house to George Whykes, the grocer, who had a large family. George added a ballroom onto the house, to cater for the many social events surrounding his children. The last event was a function for returning servicemen after World War One. The ballroom was dismantled and removed to Mount Clear, where it was used by the Church of England. In 1968 the house was purchased by an architect, who has taken great care with restoration.
(Adapted from Buninyong & District Historical Society Newsletter December 2005)