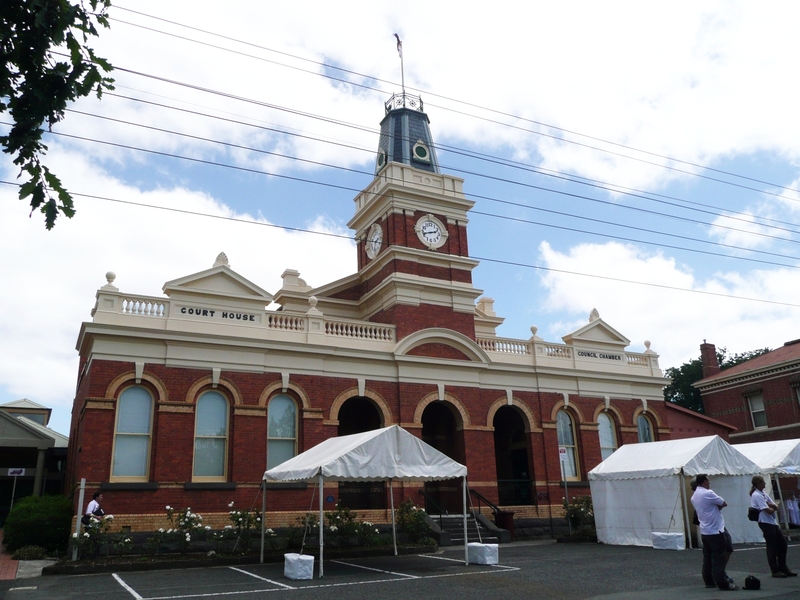 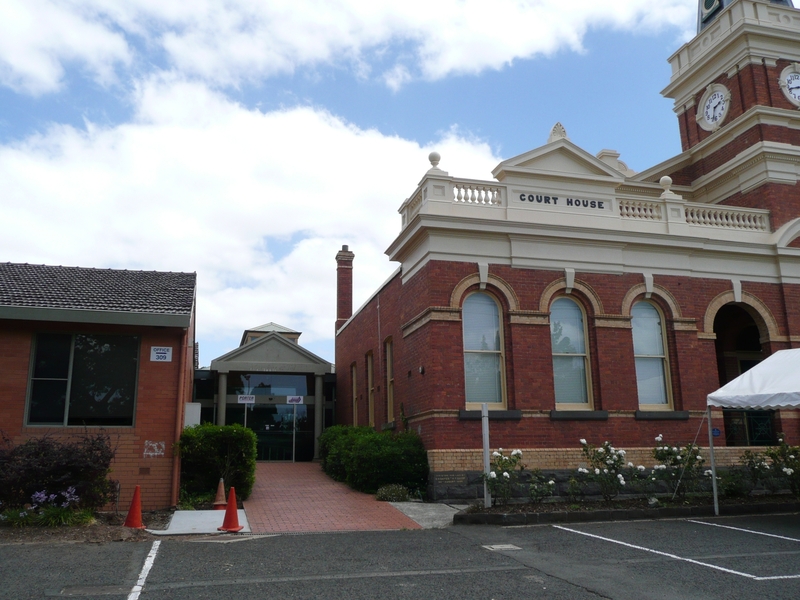 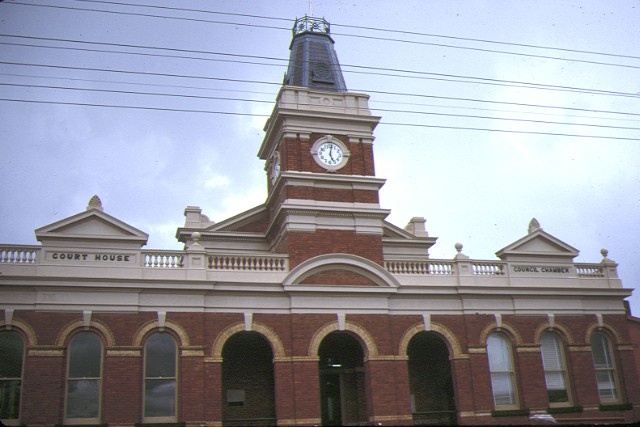 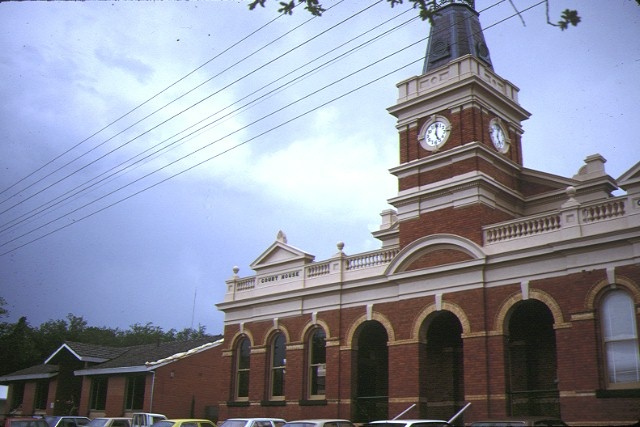 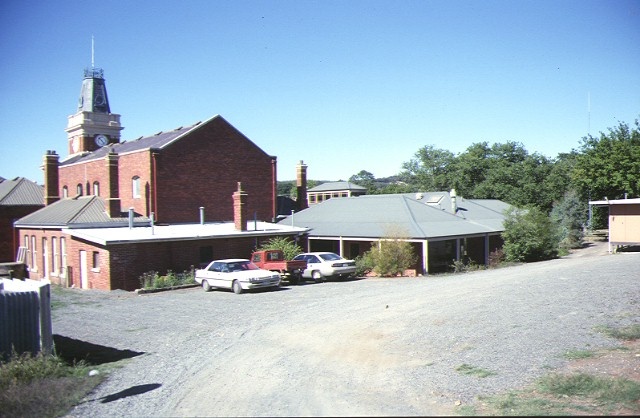 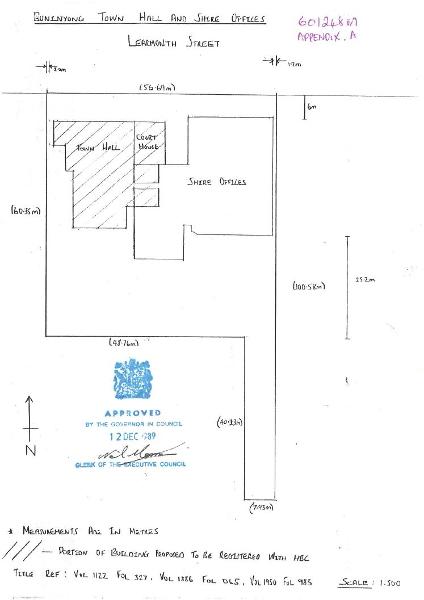 The Buninyong Town Hall was designed to fill the dual role of town hall and courthouse. Buninyong municipality was formed in 1863. In 1869 tenders were called for the erection of a hall and offices for the council by Ballarat architect JA Doane. This building was constructed on a site at Mt Clear.

The foundation stone for a combined town hall and court house was laid on 30 August 1886. The new structure was erected by a local builder, Richard Rennie, to the winning design of Melbourne architects Tappin, Gilbert and Dennehy. The building was designed in the Italianate style and features arch-headed windows, projecting cornices, balustrading, pediments and parapet urns. The central slate roofed tower with dormer ventilators and ridge cresting is a significant feature.

The town hall building is constructed to a rectangular plan with a central hall flanked by the courthouse, magistrates room and clerk of petty sessions offices to the east, and to the west by the town clerk's office, council chambers, mayor's office and retiring room. The town hall building remains substantially intact, both internally and externally. A skillion roofed concrete addition was constructed to the west facade c 1913 and a rear skillion roof incorporating toilets in 1970. The original proscenium has been altered and the timber vestibule has been removed from the hall.

The Buninyong town hall is of architectural and historical importance for the following reasons:

- as a notable town hall and courthouse in provincial Victoria.

- as a fine example of a public hall constructed in the Italianate style.

- as a notable work of the architects Tappin, Gilbert and Dennehy.