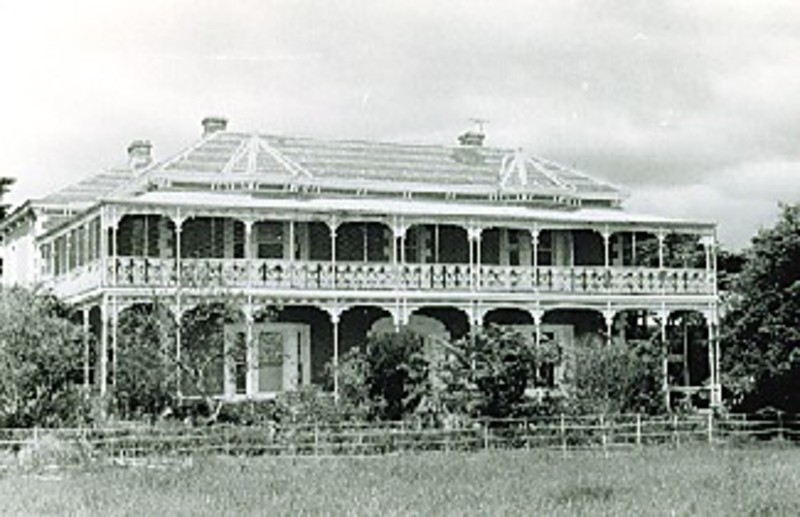 The extensive brick and stone homestead Pirra (formerly Serendip and Windemere) was constructed firstly as a modest colonial vernacular style house of unknown date for pastoralist George Fairbairn. In 1880 Alexander Davidson and Co., architects, designed the two storey brick mansion house addition in an eclectic Victorian style and ornately enhanced with an elaborate encircling iron verandah and interior plasterwork.
Pirra at Lara is one of the most distinctive of Alexander Davidson's many Western District homestead designs executed in the years 1865-90. This symmetrically arranged mansion demonstrates Davidson's capacity for original ornamentation and detail derived from both gothic and classical origins.
The homestead was the seat of noted pastorialist George Fairbairn for more than 50 years and a centre of social acivity in the district in the late nineteenth century.
Pirra at Lara was used as a sanatorium in the early 20th century. Since 1959 the mansion has been used by the Social Welfare Department of the Victorian Government. The mansion house is essentially intact and well preserved.
Of state significance.