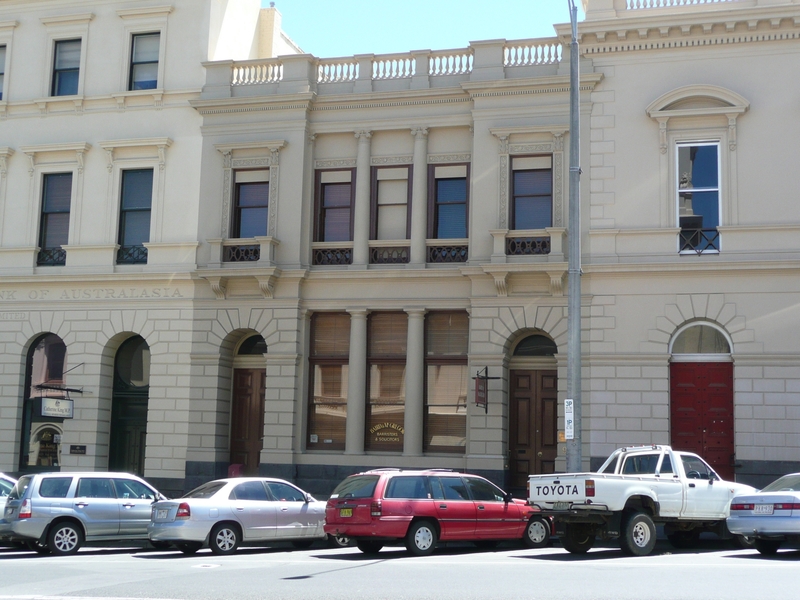 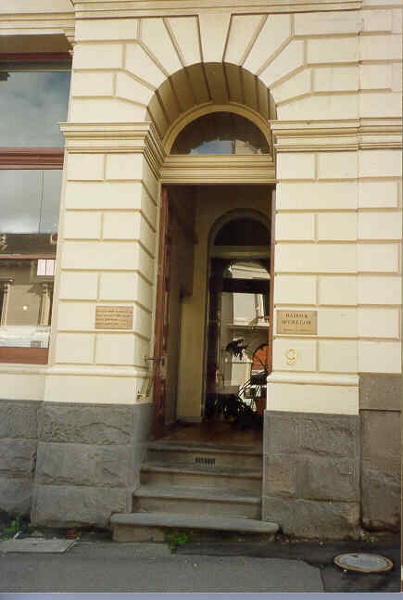 What is significant?
The former E.S.& A. Bank was built in Lydiard Street, Ballarat for the Colonial Bank of Australasia in 1860. It was the first of four banks constructed adjacent to each other near the corner of Sturt Street, all to designs by the architect, Leonard Terry from 1860 to 1864.

Gold was first discovered in Ballarat in 1851 and the western section of the township was surveyed in that year. Ballarat initially developed as two separate towns, with that in the west favoured by businesses, professionals, wholesalers and larger manufacturers. The advent of the railway from Geelong in 1862 further encouraged the growth of western Ballarat with the subsequent construction of hotels and warehouses nearby and the northern section of Lydiard Street, where the banks were constructed, assumed great importance. Many buildings were constructed in west Ballarat during the 1860s.

The two storey rendered building, rusticated at the lower level and on a bluestone base, was designed by Leonard Terry in the Renaissance Revival style. The symmetrical facade incorporates a central recessed colonnaded section of engaged columns, Tuscan at street level and Ionic above. Projecting bays at each end have balconied windows at first floor level, with patterned architraves and hoods supported on acanthus brackets.

How is it significant?
The former E.S.& A. Bank, Ballarat is of architectural and historical significance to the State of Victoria.

Why is it significant?
The former E.S.& A. Bank, Ballarat is of architectural significance as one of a group of banks in Ballarat, all designed by the prolific bank architect, Leonard Terry, who designed at least fifty branches for all the major banks, mainly in Victoria.The Ballarat groupstand as a distinctive, and probably unique, streetscape of banks. The former E. S. & A. bank is one of very few, designed by Terry, with recessed central loggia and flanking side bays.

The former E.S.& A. Bank, Ballarat is of historical significance as an early surviving bank building in Victoria.Together with the adjacent bank buildings, it reflects the early growth and development of Ballarat, in particular West Ballarat, after the discovery of gold in 1851. It is representative of buildings constructed in the prolific period of the 1860s, when many of Ballarat?s public buildings were constructed.
[Online Data Upgrade Project 2004]